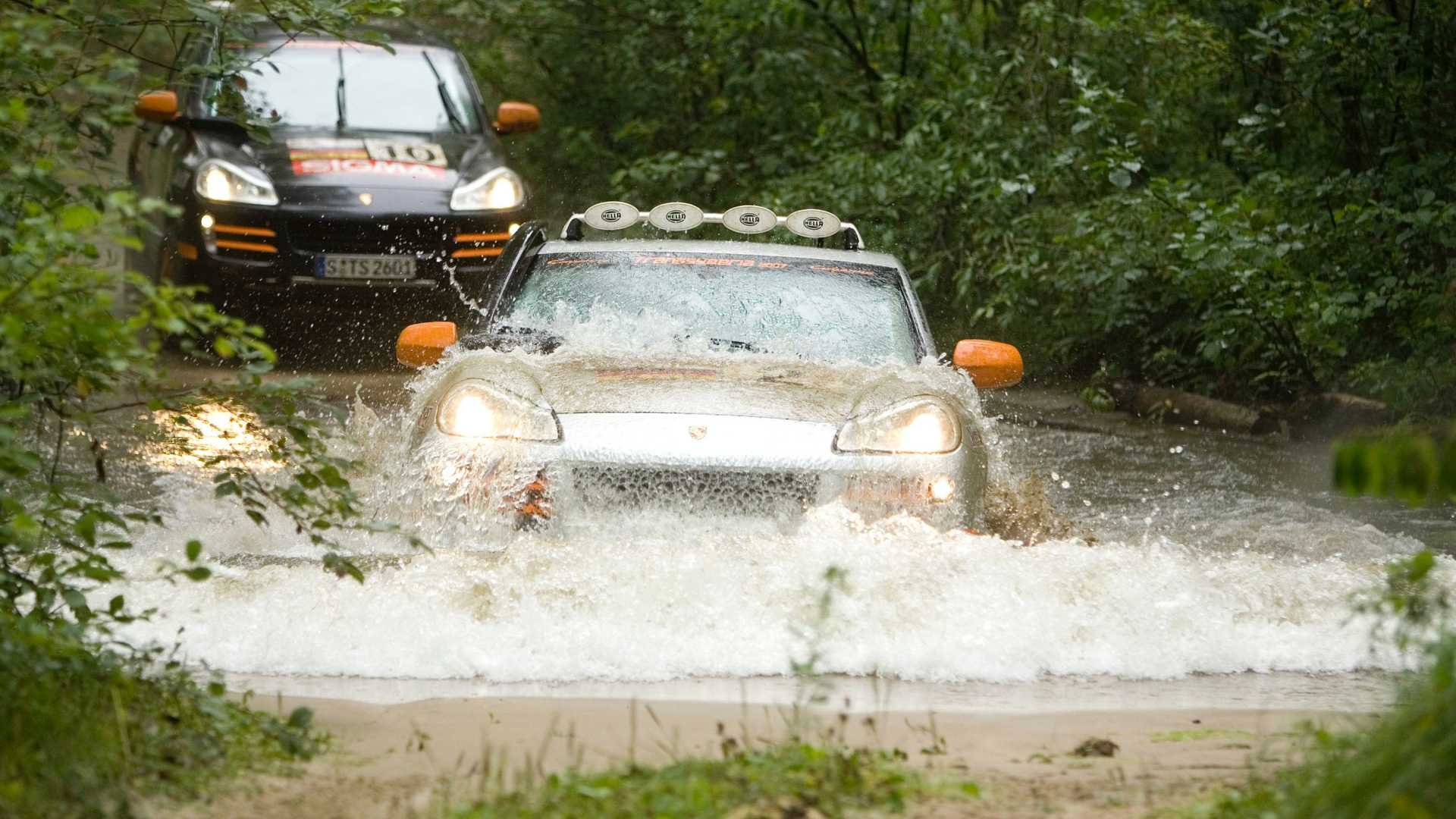 As Porsche continues the development of the refreshed Cayenne and Cayenne Coupe, the Stuttgart-based automaker takes the time to revisit the Cayenne S rally car it built for the Rally Transsyberia. One of the toughest motorsport competitions on the planet with a total length of more than 6,200 miles (10,000+ kilometers), the race that went from Berlin via Moscow, Novosibirsk, Mongolia, and Lake Baikal was the event where the all-new first-gen Cayenne proved its capabilities.

Back in 2006, a pair of Cayenne S models got a one-two finish in the third installment of the rally. One of the cars was driven by Jurgen Kern, whose full-time job at the time was testing and developing the first-generation Cayenne. The vehicles used for the race were near production with just minor modifications made, including more robust off-road tires, underbody paneling, a snorkel air filter, a winch, and additional LED lighting.

Impressed by the achievements of the two Cayenne rally cars, the Porsche management decided to approve a limited run of 26 Cayenne S Transsyberia models, which were sold to private teams to participate in the 2007 Transsyberie Tour. The vehicles were, again, very close to the production version of the off-roader with little optimizations for long-distance rallies, including a roll cage, shorter axle ratio, reinforcements to the underbody, and a differential lock. Impressively, when the air suspension was set to the highest possible level, the Cayenne rally car had a wading depth of about 30 inches (75 centimeters).

Under the hood of the rally car was a 4.8-liter naturally-aspirated V8 engine in stock form. The mill was good for 385 horsepower (283 kilowatts). The same engine, albeit in GTS form with 405 hp (298 kW), was used for the road-legal Cayenne S Transsyberia limited-edition model, launched in 2009. It had some of the improvements of the rally car, including the shorter axle ratio and additional lights on the roof. When equipped with a six-speed manual gearbox, it covered the 0-62 miles per hour (0-100 kilometers per hour) sprint in 6.1 seconds, 0.5 seconds faster than the regular Cayenne S at the time.