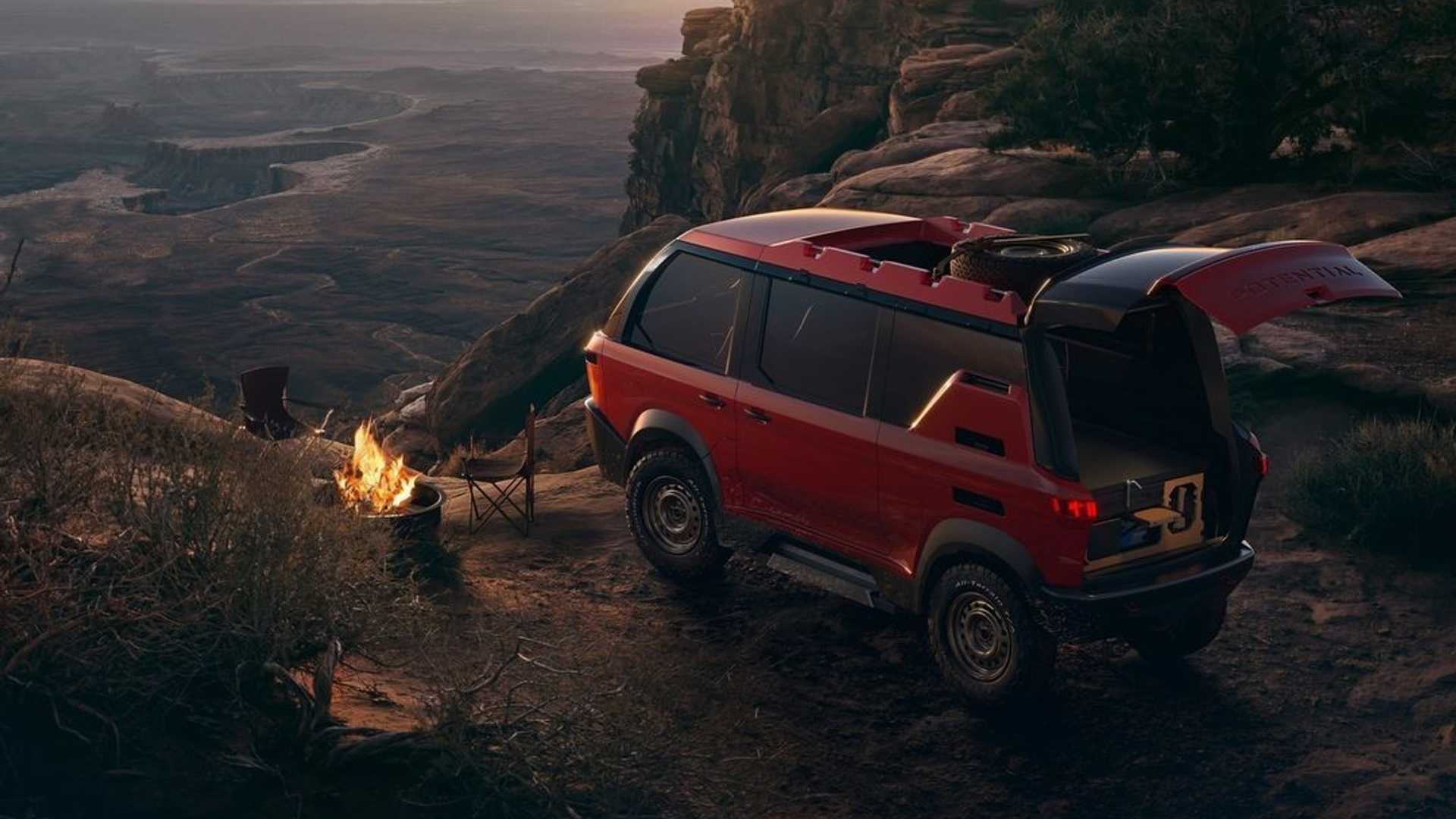 These days, it’s a rare occasion where we encounter something truly different in the world of campers and overlanding. The vehicle featured here is called the Adventure 1, and it’s designed to go where large off-roaders can’t. In fact, it’s designed to only go off-road, as it’s classified as an off-road recreational vehicle. But it’s not some side-by-side with a tent and a cool name.

The Adventure 1 is the product of Canada-based Potential Motors, and we’ll say this right up front. The company says this dual-motor, all-electric ORV produces 604 horsepower (450 kilowatts) and 737 pound-feet (1,000 Newton-meters) of torque. That kind of power sends a 2.5-ton Mercedes-AMG E63 to 60 mph in less than four seconds, and it’s packaged in a cabover van that’s 64-inches wide and rides nearly 13 inches off the ground. Now would also be a good time to mention that Adventure 1 is still in a prototype stage, so stats are subject to change.

If that much power goes to production, simply driving the Adventure 1 sounds like an adventure. The company uses a platform called Off-Road OS that, among other things, keeps weight down low for a low center of gravity. It rides on a fully independent suspension, and the tech side of Off-Road OS has the ability to sense the surrounding terrain, using a brains-versus-brawn approach to conquer difficult trails. Though with 600 hp on tap, there should be ample brawn if it’s needed. 40-degree approach and 45-degree departure angles help, too.

So this ORV should be plenty capable of getting off the beaten path, but what about comfort at the campsite? The cabover design maximizes space inside, leaving enough room for a configurable full-size bed. Potential Motors says two people can sleep inside, and an integrated exterior kitchen extends out the back to reveal a two-burner stove, refrigerator, a sink, and 10.5 gallons of water storage. Speaking of storage, the Adventure 1 offers up to 88 cubic feet of dry storage throughout the interior.

While adventuring in Adventure 1, Potential Motors lists an off-road range of 100 miles on a charge. A propane-powered emergency charging system can add extra juice to the battery pack, and it can also charge while being flat-towed. When back in civilization, it connects to normal charging stations.

It sounds neat, but the Adventure 1 does come at quite a cost. Potential Motors lists a starting price of $136,600, which might be a tough sell for a vehicle that technically can’t be licensed for normal road use. However, it is a unique offering in an adventure lifestyle world filled with rooftop tents and lifted Sprinter vans. The first prototype is slated to debut on October 7 at Overland Expo East in Virginia.