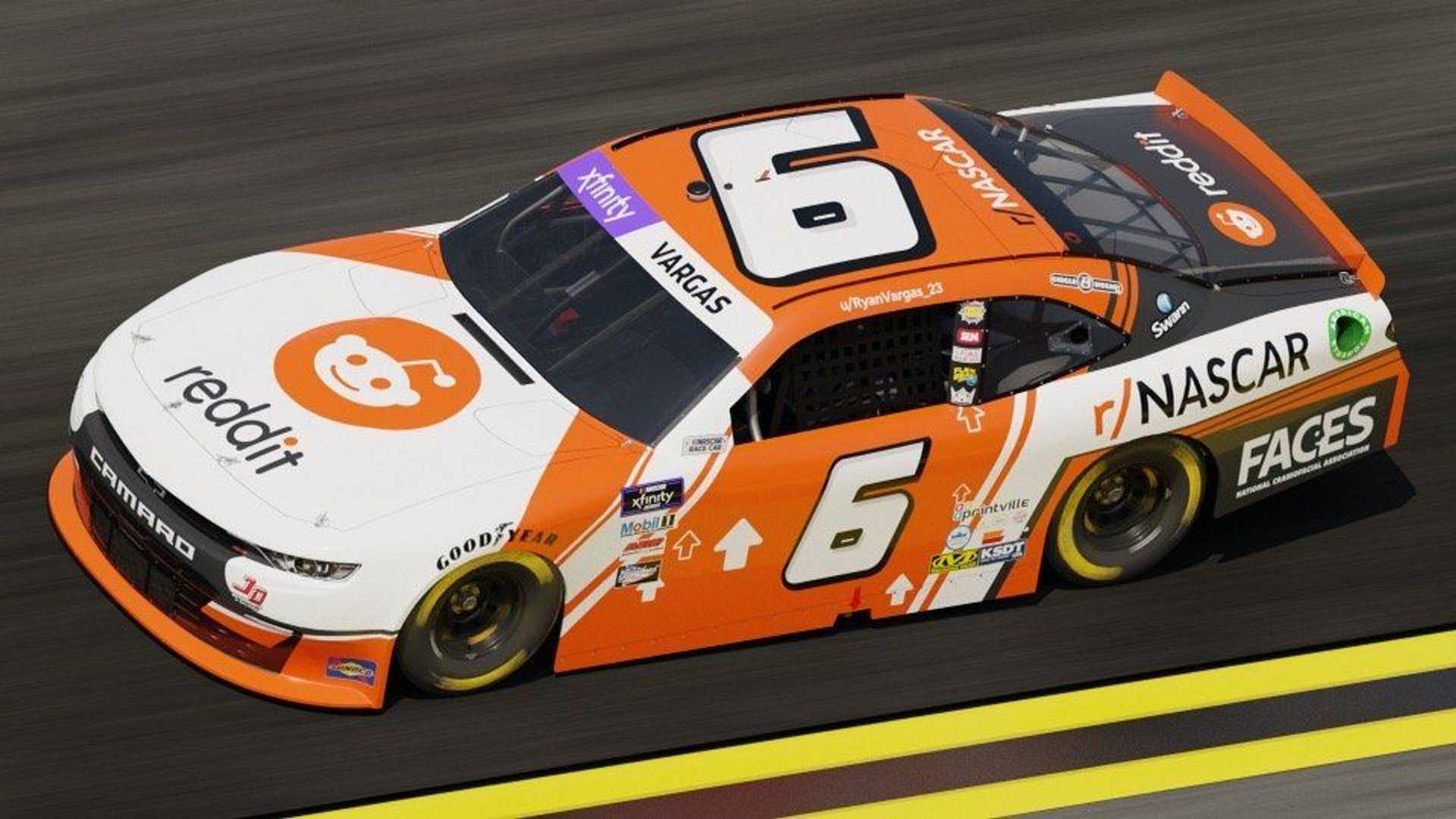 Reddit is hitting the track. The r/Nascar community from the site will sponsor Ryan Vargas in the Sparks 300 Nascar Xfinity event at the Talladega Superspeedway on October 1.

Vargas races for JD Motorsports. For Talladega, his Chevrolet Camaro has an orange-and-white paint scheme. Reddit’s alien logo is on the hood and rear deck. The roof and rear fenders have r/Nascar decoration. Vargas’ u/RyanVargas_23 username is directly above the driver’s window. Upvote arrows decorate the doors.

While not visible in the promotional image, the car’s rear bumper wears nearly 1,400 usernames from the r/Nascar community. The forum has 856,000 members, so there are plenty of people to choose from.

“I’m beyond excited to represent the community of r/Nascar next weekend at Talladega. Reddit has proven to be a fantastic home for Nascar fans to engage in conversations and interact with their favorite drivers,” said Vargas in the sponsorship announcement.

The Sparks 300 Nascar Xfinity race will run 113 laps of the famous trioval circuit. Vargas is 24th in the series points standings going into the Talladega race. He has 266 points. This season, he has a sixth-place finish at Daytona, which is his only top-ten result so far this year. He also has three DNFs.

To promote the sponsorship, the r/Nascar community had a drawing for 12 VIP passes to the race. There will also be an “ask me anything” with Vargas. Attendees to the race will be able to part in a meet and greet.

In the future, there will be a diecast version of the Reddit-sponsored racer. In the announcement thread, a moderator warns that due to the tiny car’s size, the member usernames might not be visible on it.

Noah Gragson is the current leader of the Nascar Xfinity series standings. He has 2,107 points and seven wins during the season. Including Talladega, there are six races left this season.