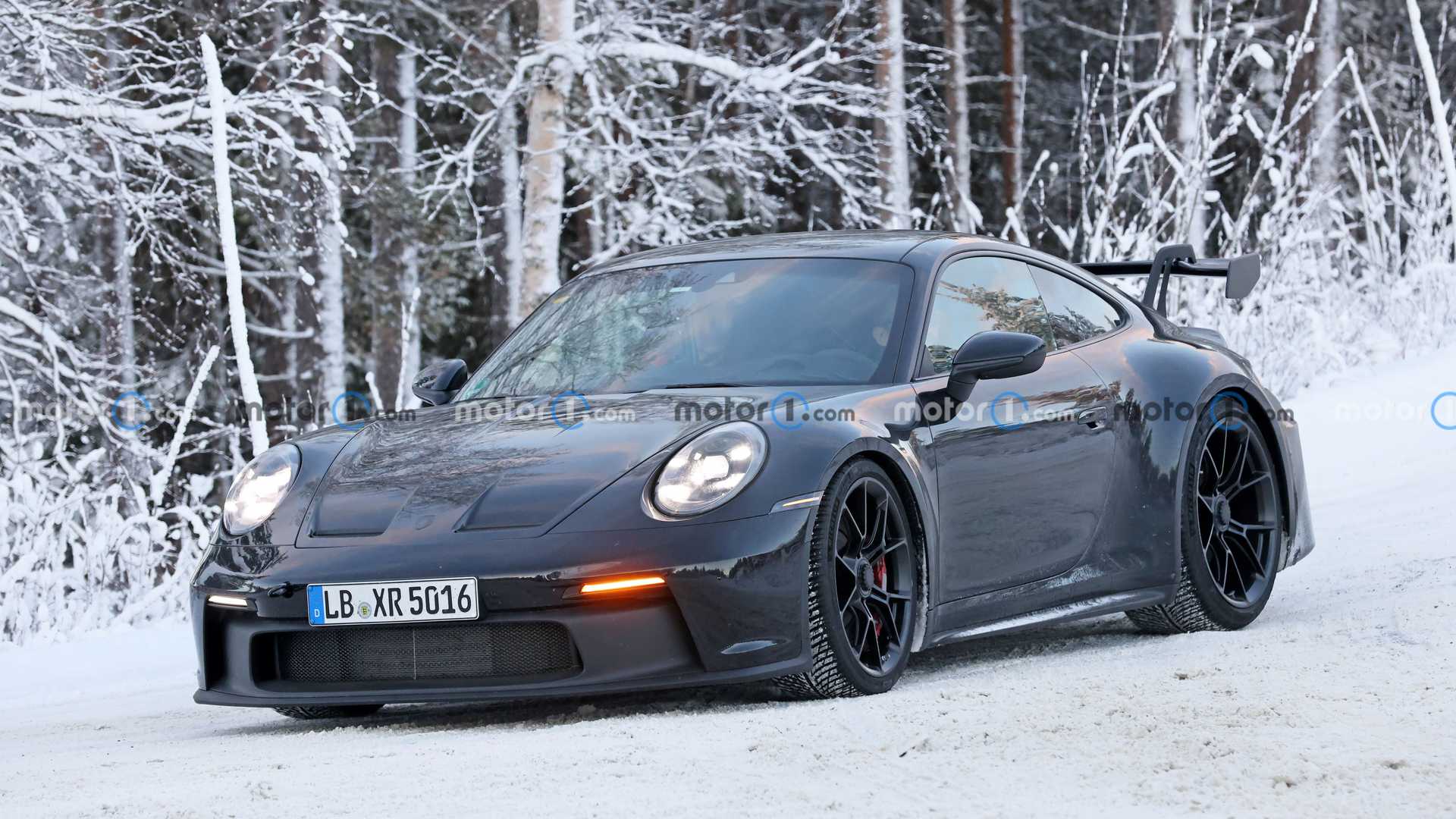 After seeing the refreshed Porsche 911 GT3 Touring just a few days ago, we’re now getting a chance to see the standard version with its wing on the back. Look closely to see the changes.

The rear receives the most considerable revisions, but they’re hard to see because there are covers over the bumper. In the center, the area for the license plate is more recessed into the body. The strakes for the diffuser appear thicker than the current model. A pair of circular exhaust pipes still emerge from the middle.

The nose doesn’t change or at least the engineering team isn’t altering the front on any of the development vehicles in spy shots so far. The GT3 retains its wide opening in the lower fascia and the dual slits on the hood.

The styling along the sides also remains the same. This car rides on black wheels with widely spaced, Y-shaped spokes and open portions near the hubs. Drilled brake rotors are easily visible behind them.

The spy shots don’t give us a good look inside the updated GT3. However, we know the refreshed 911 Carrera receives a fully digital instrument cluster.

There’s no info available about powertrain changes. The current GT3 has a naturally aspirated 4.0-liter flat-six engine that makes 502 horsepower (374 kilowatts) and 346 pound-feet (469 Newton-meters) of torque. Customers can select a six-speed manual or a seven-speed dual-clutch gearbox.

The version of the 4.0-liter powerplant in the new 911 GT3 RS is a bit more powerful at 518 hp (386 kW). The tweaks include different camshafts and a single-throttle intake system.

Porsche is preparing a refreshed look for the entire 911 lineup. We don’t expect them to debut simultaneously because the brand usually staggers the unveiling of new products. Expect to see the improved Carrera variants first and the GT3 later. A hybrid is also joining the lineup.