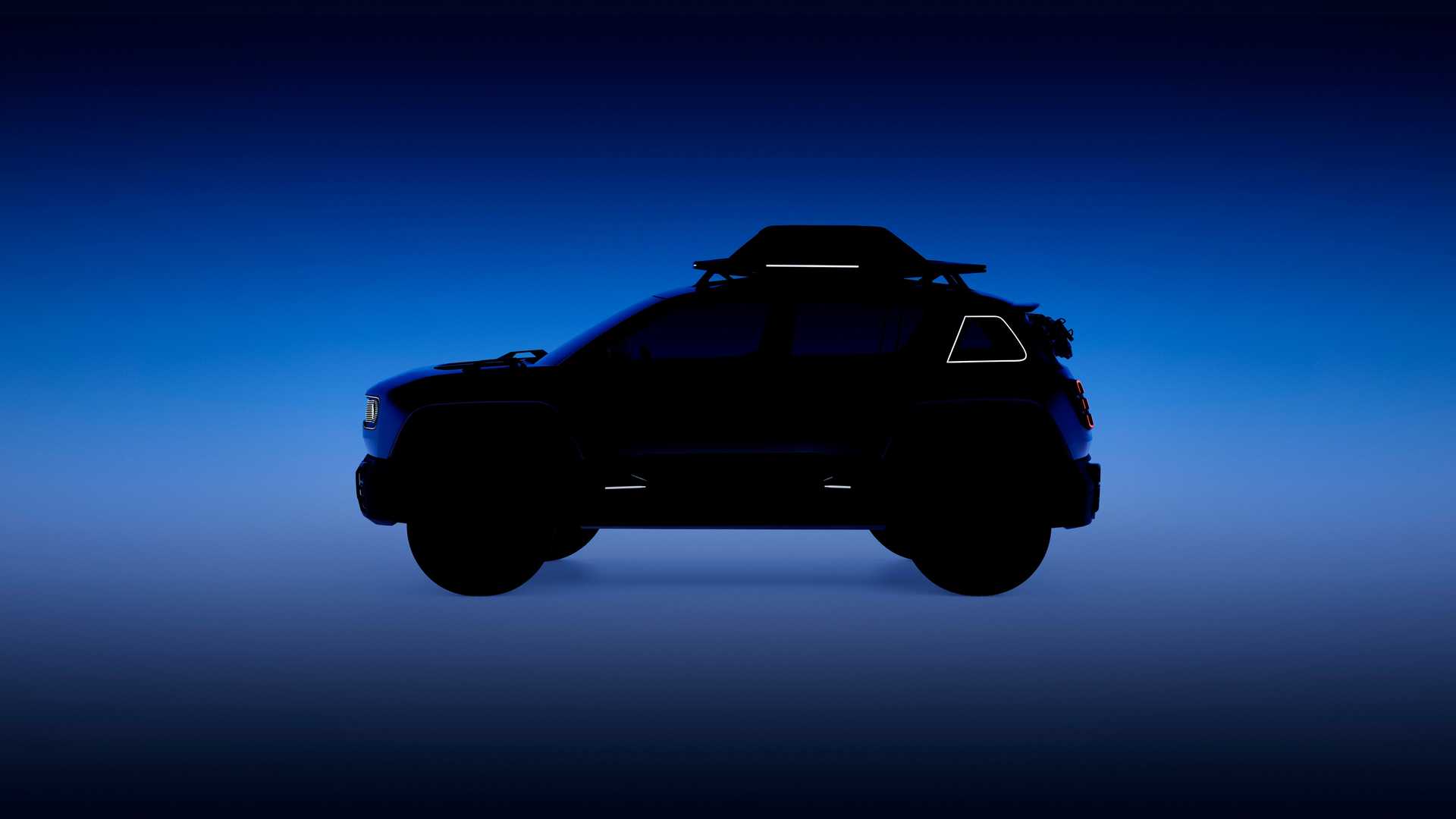 Renault is paying its respects to the elderly by reviving the 4, one of its most popular cars ever made. Also known as the 4L, the economy hatchback developed to rival the Citroën 2CV was produced from the early 1960s until the mid-1990s. More than eight million vehicles were assembled at over 10 factories across the world. Now, it’s coming back. Well, at least in concept form. Teaser images have been released ahead of a debut on October 17.

Because everything these days has to be electric and preferably a crossover, the new 4 will eschew the combustion engine and gain a high-riding attitude. While the reborn Renault 5 due in 2025 will retain the supermini formula of its namesake predecessor, the 4 will morph into a more adventurous vehicle to cash in on the crossover craze and also distance itself from the hatchback.

The adjacent preview images suggest the concept have will have chunky off-road tires and generous suspension travel. We also notice two hood tie-downs à la Ford Bronco to better secure roof-mounted cargo like a kayak. Other features we can spot in these shadowy teasers are the illuminated side steps and a roof box, while the rear glass might host a bicycle rack to enhance the concept’s outdoorsy nature.

The original Renault 4 measured only 3,663 millimeters (144.2 inches) in length but we have a feeling its modern-day equivalent is going to be substantially larger. Square wheel arches should give it a rugged look while the trapezoidal shape of quarter glass with its illuminated contour is a throwback to its ancestor. The company with the diamond logo says it has given the classic car a “modern twist,” so there should be plenty of design cues inspired by the Quatrelle.

We will see the Renault 4 concept in full at the 2022 Paris Motor Show. Time will tell whether a subsequent production version is planned to complement the rebirth of the 5.