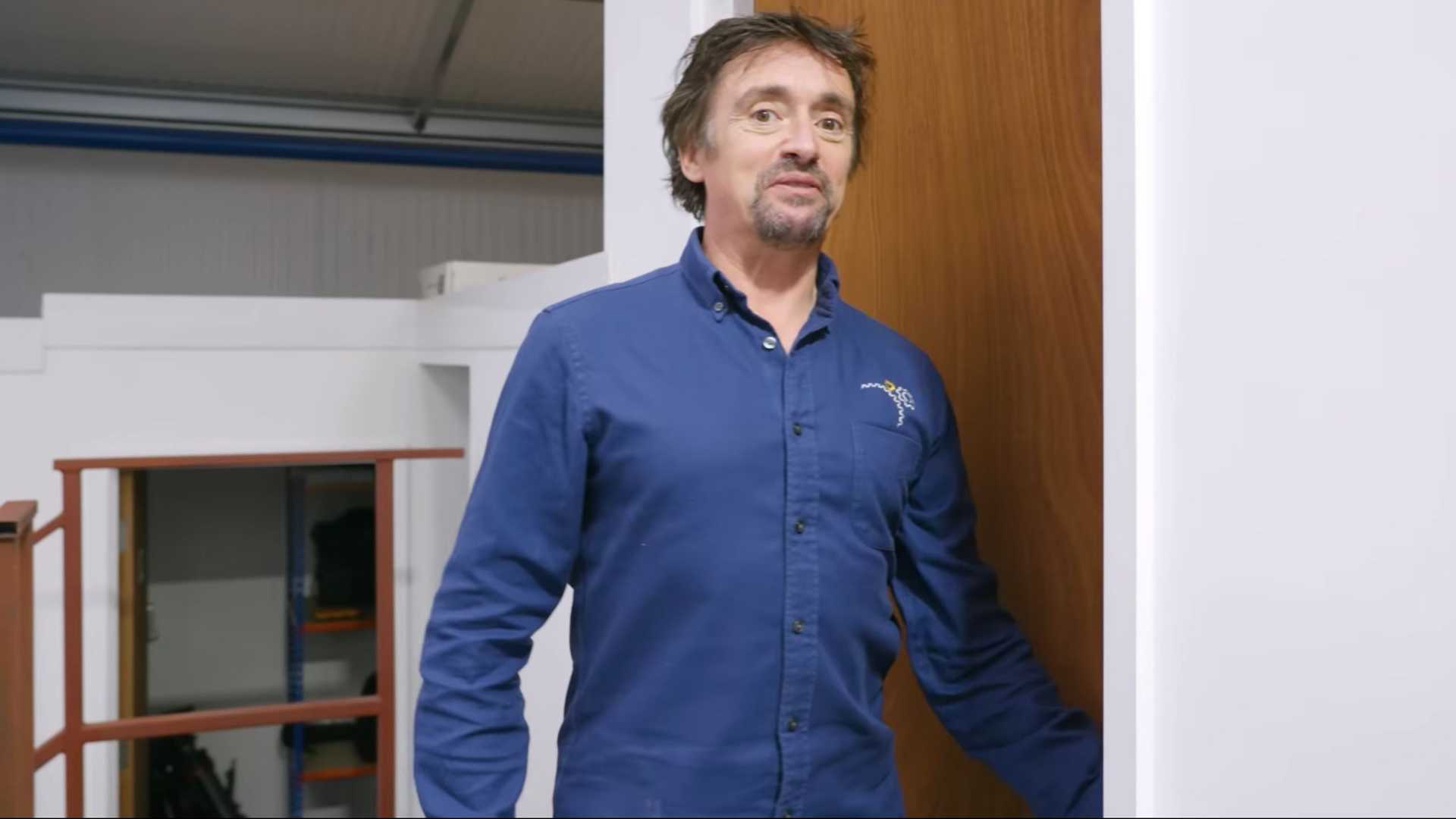 Richard Hammond, co-host of The Grand Tour and former Top Gear presenter, no longer makes a living just from driving cars, he also restores them at his workshop, The Smallest Cog. In this video, the Hamster gives a tour of the space from six months ago and then reveals the changes.

Hammond has big plans for the workshop’s upper area. He wants to turn it into a VIP area where he can meet with potential clients. More Mini-themed railings need to decorate the space. There also needs to be a bathroom separate from the one in the lower section because that one is consistently dirty.

Along a wall, he intends to build racks of storage that would hold the parts for each car The Smallest Cog is restoring. In the first half of the video, the components are on the floor.

Hammond’s office is a modest place. His table is from an old science classroom, complete with the gas hardware. The walls are bare, and there aren’t shelves.

Then, the video jumps forward by six months to show the progress. Hammond warns that he wishes for bigger changes, but the lack of improvements is because he’s so busy.

The office now has shelves. Hammond still has lots of stuff to put on them, though.

The biggest change in six months is that the rack storage system is now in place. Unfortunately, Hammond doesn’t provide a tour of this setup.

The planned VIP area is a failure. Instead, one room is for producing videos for the current iteration of DriveTribe. The other area is a production space for the folks who make Richard Hammond’s Workshop, which is currently in its second season on Discovery+ in the United Kingdom.

Hammond sold three cars and five motorcycles from his collection to fund creating The Smallest Cog. The automobiles included a 1969 Porsche 911T, a 1959 Bentley, and a 1999 Lotus Esprit Sport 350.

Hammond still owns some fantastic vehicles. He has got a 1968 Ford Mustang, a Jaguar XK150, MGB GT, a Buick Riviera, and more.

It’s been a bad year for tech. But top investor Paul Meeks is betting on these bright spots