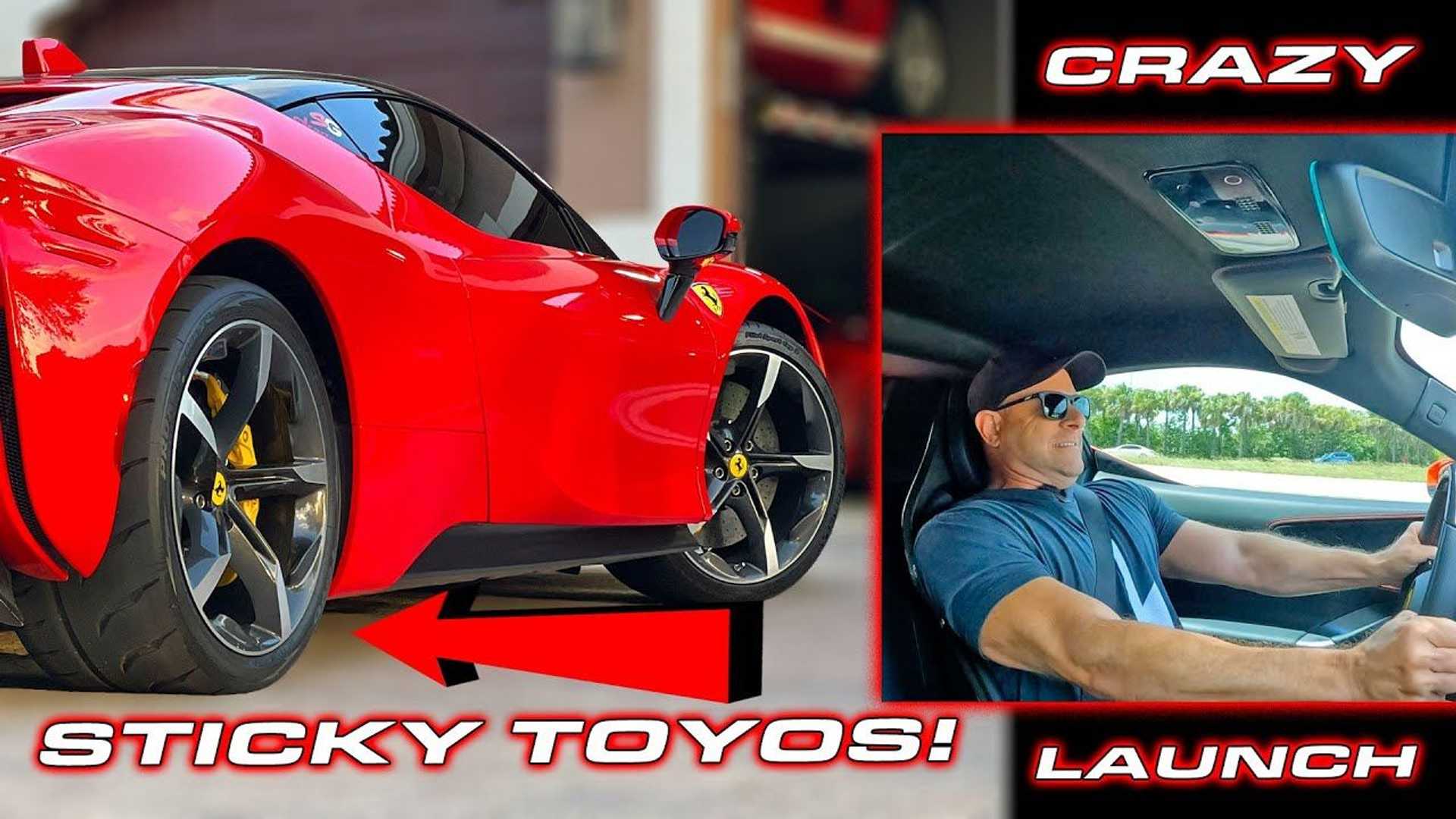 Comparing 0 to 60 mph times is not enough to fully assess a car’s performance credentials since there’s more to the story than just accelerating in a straight line. Nevertheless, it’s a quick and easy way to get an idea of how it stacks up against segment rivals. If you needed more proof the Ferrari SF90 Stradale is neck-twisting quick, Brooks Weisblat from DragTimes did a few hard launches using different sets of tires with its $556,000 machine.

Running on the original one-year-old Pirelli Pilot Sport Cup 2, the hybrid supercar needed about 2.5 seconds to complete the 0-60 mph run or 2.3s with the one-foot rollout. However, the tires were already beginning to show their age, so Brooks decided to swap out the rear ones for a fresh pair of Toyo Proxes R888R rubber. The differences were night and day as the sprint time dropped to 2.33 seconds or 2.16 seconds with the rollout.

Chances are it wouldn’t have made much of a difference to put Toyos on the front axle as well since it’s the rear wheels that struggle with traction because of the immense power delivered by the twin-turbo V8 4.0-liter engine. It’s worth noting the new rubber weighs in at 32 pounds (14.5 kilograms), thus making it slightly heavier despite being the exact same size as the Pirelli, at 315/30/20.

Brooks also took his Ferrari to the drag strip where it completed the quarter mile in 9.62 seconds at 145.4 mph (234 km/h). The SF90 Stradale is therefore one of the quickest-accelerating cars on sale today to still have a combustion engine. In fact, Car and Driver managed a 2.0-second sprint at the end of last year and a 9.5-second quarter mile at 148 mph (238 km/h) with stock tires, albeit with that one-foot rollout we mentioned earlier.

As you may recall, Mat Watson from Carwow drove the Rimac Nevera in a drag race against the SF90 Stradale last year to a quarter mile in 8.62 seconds. A couple of months later, Brooks lowered the time to 8.58 seconds with a trap speed of 167.5 mph (269 km/h).

The man behind the DragTimes channel also happens to have a Tesla Model S Plaid, which reigns supreme with a 0-60 mph time in 1.99 seconds on street-legal tires with a rollout and 2.16 seconds without it.