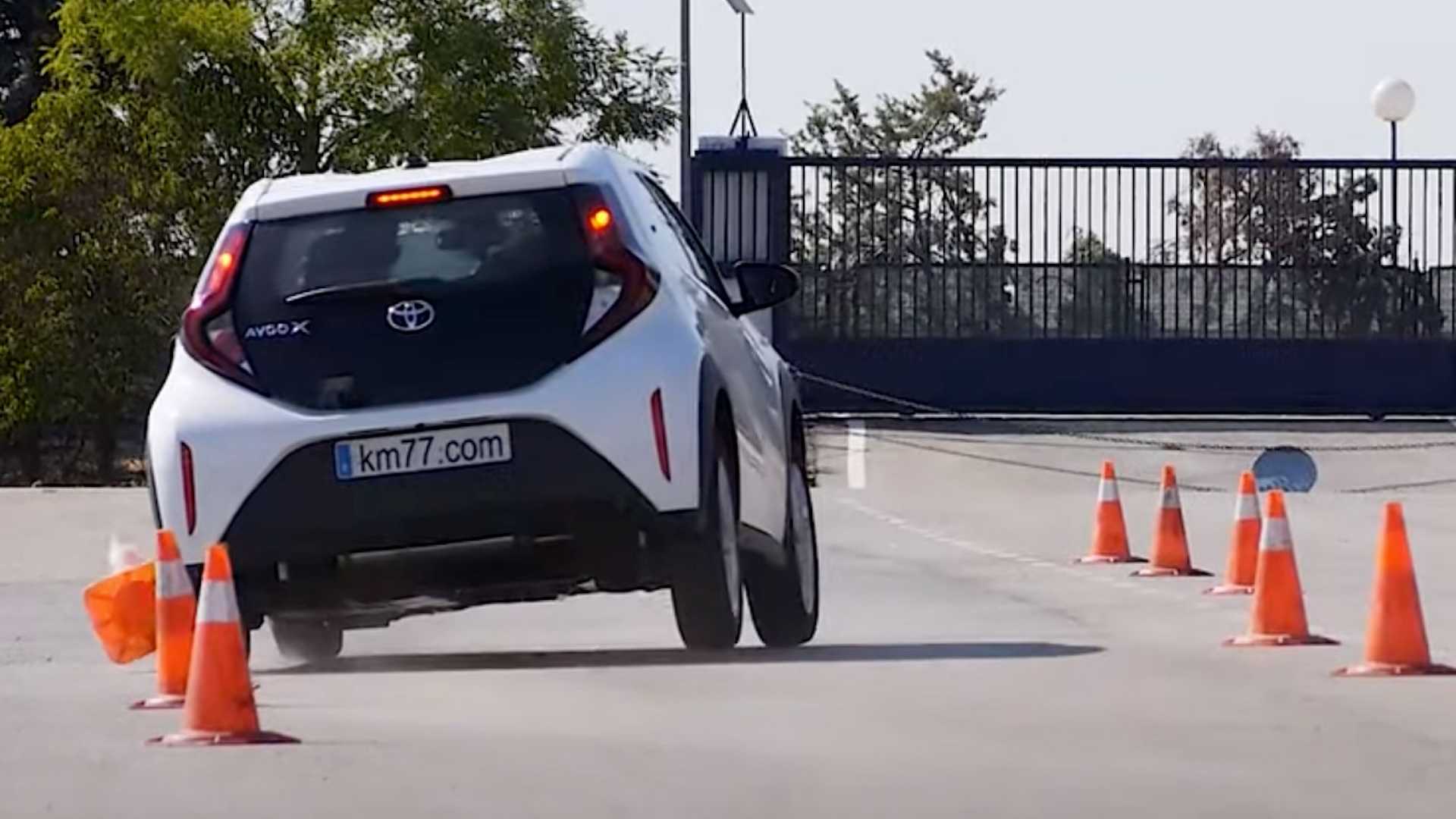 The Toyota Aygo gets a new version for the 2022 model year and received an additional letter to signify the bevy of changes. Now called the Aygo X, it’s much bigger than the tiny hatchback that it was across two generations, along with an added ground clearance.

That said, the Aygo X is still an urban crawler, but that doesn’t mean that the standards for the moose test will be lowered for the city car. How did the new Toyota raised hatchback fare in the dreaded moose test? As conducted by Spain’s km77.com, the Toyota Aygo X failed to meet the benchmark of the said safety check.

At the 77 kilometers per hour (47.8 miles per hour) benchmark speed, the Aygo X failed to complete the evasive maneuver. As seen in the video embedded above, understeer was pretty apparent, causing the hatchback to fail to get back in its lane. In a real-world scenario, the hatchback will be able to evade a sudden obstacle on the road at 77 km/h but it is in danger of hitting oncoming traffic since it failed to get back on track.

Of note, the Aygo X isn’t a powerful vehicle, with its three-cylinder engine only making 72 horsepower (54 kilowatts) and 69 pound-feet (93 Newton-meters) of torque.

The results were the same with other speeds; the fastest attempt without the Aygo X hitting a cone was at 70 km/h (43.5 mph), which is way low than the channel’s benchmark speed.

According to the presenter, the Aygo X’s ESC reacted slowly so there wasn’t any reduction in speed as he commenced the maneuver, which meant lower traction. The Aygo X was also using a set of Michelin e-Primacy tires that’s focused on efficiency, ergo, poor gripping performance when needed. Those two factors resulted in the Aygo X’s failure to pass km77.com’s moose test.