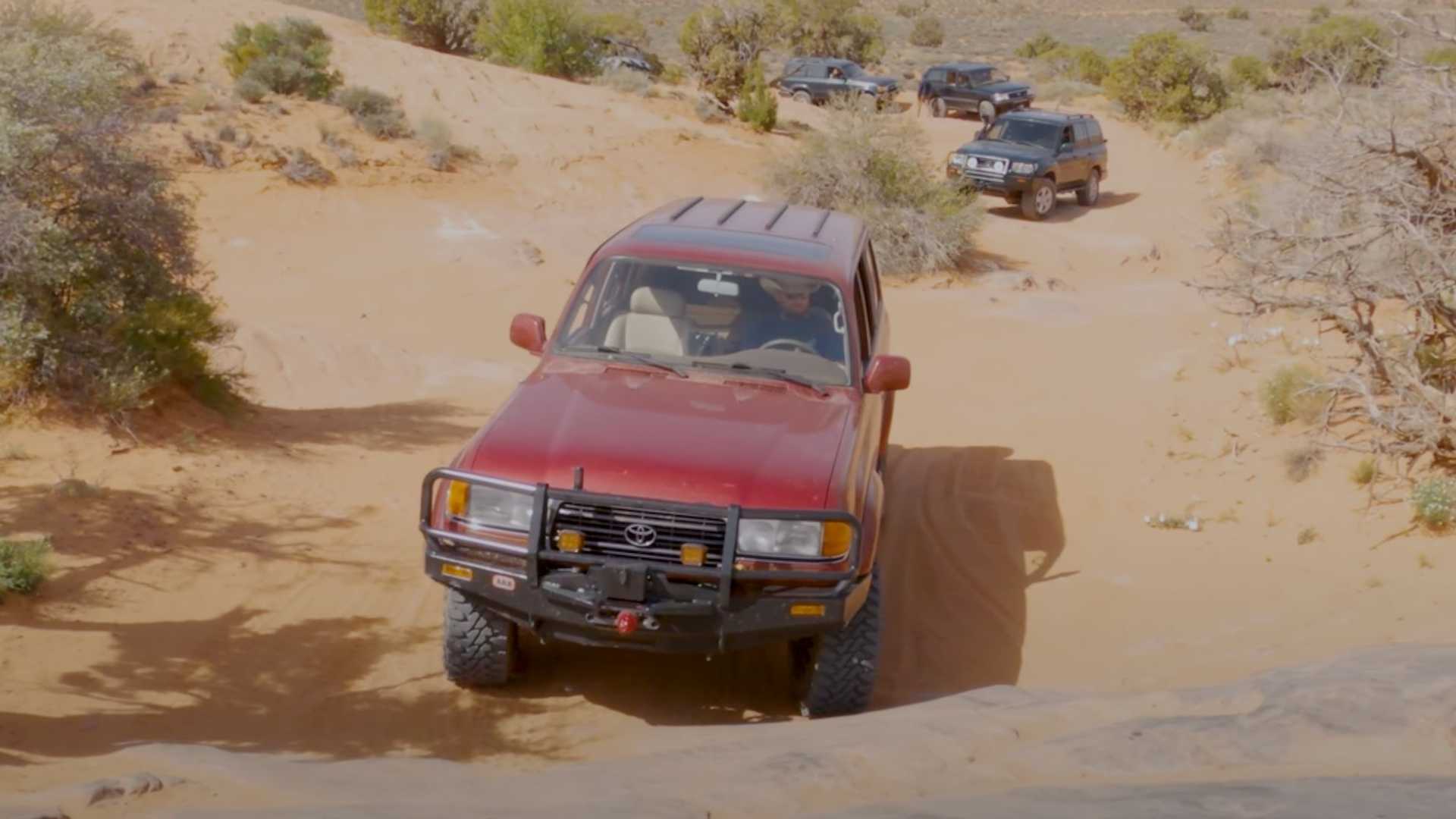 Moab in Utah is known for the plethora of activities it can offer to adventure-seekers but for off-road enthusiasts, the name is regarded as a Mecca to test out their rigs. Not every vehicle can conquer the steep climbs and slick rocks of Moab, but we know one vehicle that can definitely conquer them: the Toyota Land Cruiser.

As demonstrated in the video above, a parade of Toyota Land Cruisers – mostly 80 and 100 series models from the ’90s – tried to conquer Moab and succeeded. They not only succeeded but they also made the rock crawl and steep climb through the “Skyline Drive” look basic.

While a lot of high-riding vehicles these days are made to haul groceries and conquer mall parking lots, Toyota Land Cruisers beg to differ. They are actually engineered for adventures beyond the pavement. I believe we can all agree that regardless of which generation, LCs will always be off-roading beasts presented in a luxurious package.

The convoy seen above, courtesy of YouTube’s WinchOutdoors, went cross-country to reach Moab. The 80 and 100 series appear to have little modifications, except maybe for some additions for underbody protection.

That said, the whole traverse of the featured LCs here was impressive and a nod to the extreme off-roading capabilities that the nameplate is globally known for.

Sadly, if you want to buy a brand new Land Cruiser in the US, that won’t be possible anymore. Toyota has removed the LC from its lineup since last year, though its Lexus TNGA platform twin, the LX, can be your costlier option.

Toyota North America, however, hasn’t closed its doors to the possibility of the nameplate’s return. That said, if this video proved the LC’s off-roading prowess and made you want to buy one, you can either buy the oldies but goodies, or you can wait for Toyota to bring in the new 300 series stateside.