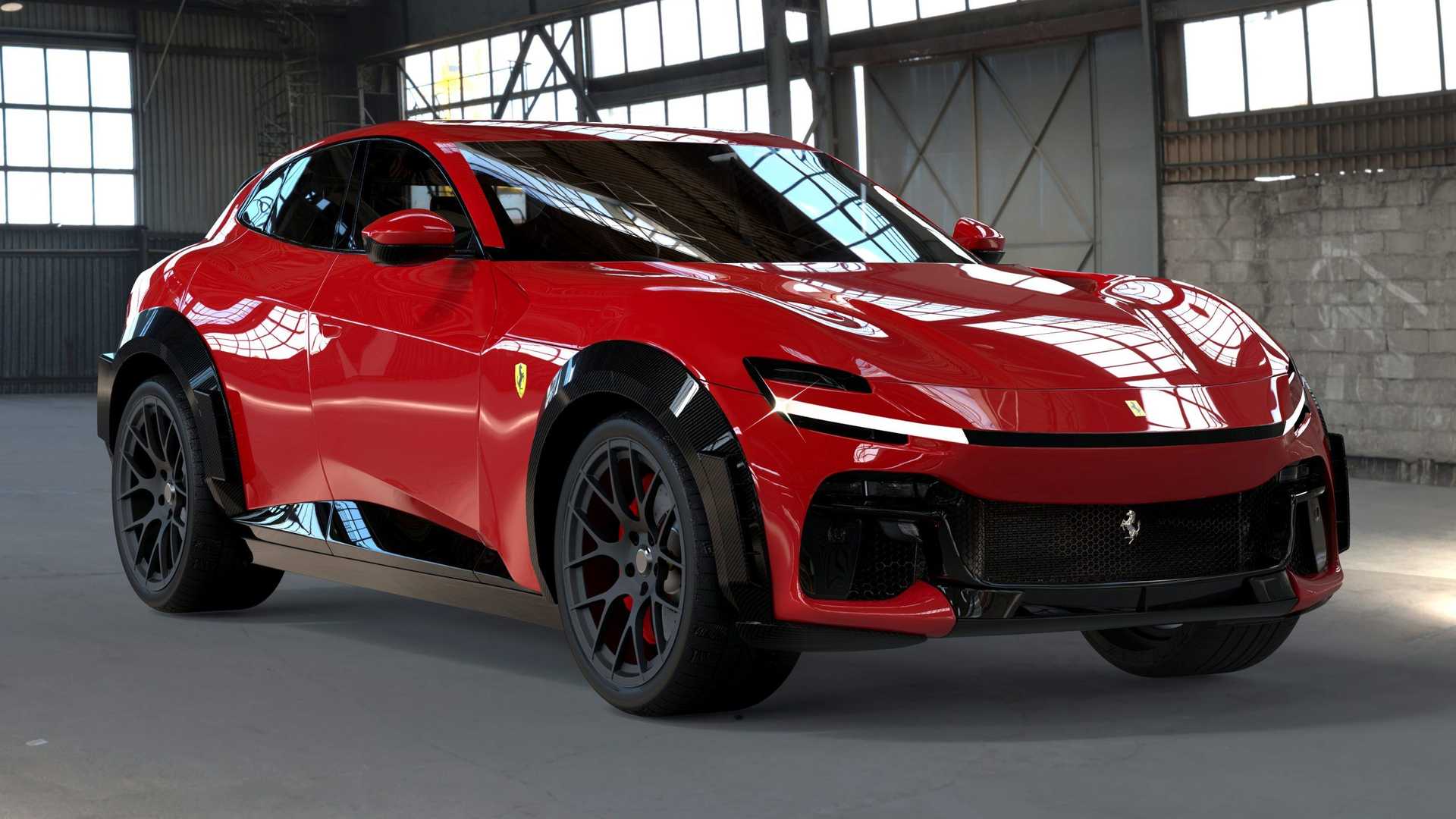 If the Ferrari Purosangue isn’t aggressive enough for you, the German tuner DMC is ready to make it look meaner by introducing a carbon-fiber widebody kit. To make the model wearing the parts pop, the company paints the Italian SUV in the bright color Cherry Red.

The carbon-fiber pieces include 1.18-inch (3-centimeter) fender extensions. Matching side skirts make the Purosangue appear broader. The kit includes a pair of rear spoilers – one on the roof and another on the tip of the tailgate.

DMC also offers the front lip, hood, and rear diffuser in carbon fiber. They have an identical design to the stock parts but use the lightweight material.

The tuner claims it uses prepreg carbon that exceeds OEM quality. All of the pieces are available with a matte or high-gloss finish.

Deliveries of the Purosangue don’t begin until 2023. To make sure its body kit fit the Ferrari, DMC 3d-scanned an example of the model to an accuracy of 0.00787 inches (0.2 millimeters).

The parts DMC offers for the Purosangue include a titanium exhaust from the company ZESAD GmbH. It has a valve-controlled system for the driver to alter the sound from the pipes.

Ferrari doesn’t like to refer to the Purosangue as a crossover, but it’s hard not to think of the vehicle that way because it’s competing against vehicles like the Lamborghini Urus and Aston Martin DBX. A 6.5-liter naturally aspirated V12 pumps out 715 horsepower (533 kilowatts) and 528 pound-feet (716 Newton-meters). It gets to 62 miles per hour (100 kilometers per hour) in 3.3 seconds and a top speed over 193 mph.

Ferrari temporarily stopped taking orders for the Purosangue because the wait list for them was so long. The Italian brand is limiting production so that the model is no more than 20 percent of the company’s annual production.