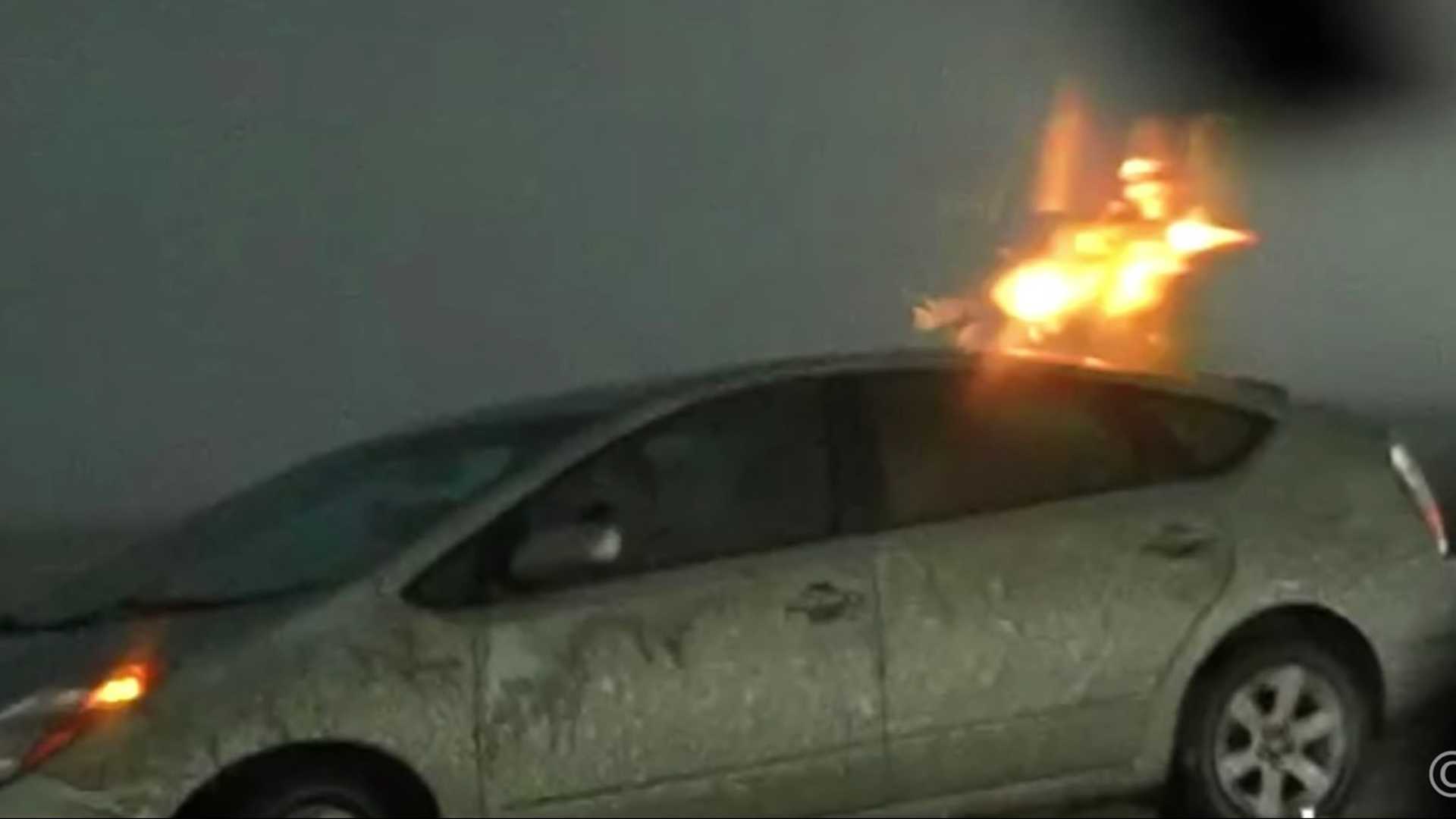 If Back to the Future taught us anything, it was the incredible energy carried by a lightning bolt. However, when lightning hits a car in the real world, you don’t time travel from 1955 to 1985. Instead, the immense amount of electricity fries your vehicle’s electronics. For an example, watch this video.

The Youtuber who operates the channel More Pi chases tornadoes and covers extreme weather. During a recent outing, he was in the right place at the right time (or wrong place at the wrong time, depending on your perspective) for a buddy to capture a lightning bolt striking his Toyota Prius.

The clip starts from inside More Pi‘s Prius. He’s recording a strong windstorm that’s blowing the shingles off of a barn. He’s maneuvering the vehicle at low speeds when suddenly there’s a blue flash and a loud crack.

More Pi doesn’t immediately realize what happened. The car immediately shuts down, though. Even with his Toyota broken, one of More Pi’s first reactions is to think about the tornado he’s looking for.

More Pi‘s buddy captures the best angle on the lightning bolt hitting the Prius. It strikes the antenna first, creating a ball of flame. The camera also lets you see where the electricity is reaching the ground.

After the strike, one of the cameras in the Prius stops recording video but keeps getting audio. The camera facing rearward briefly glitches but keeps going. The one pointing at More Pi doesn’t have any issues, though.

In an update in this video’s YouTube description, More Pi says that the dealer had to replace the engine control module just to diagnose the problem. The shop found three more ECUs also in need of replacement. To save money, he’s going to try and fix the car himself. Even then, he’s not sure if everything is still going to work.