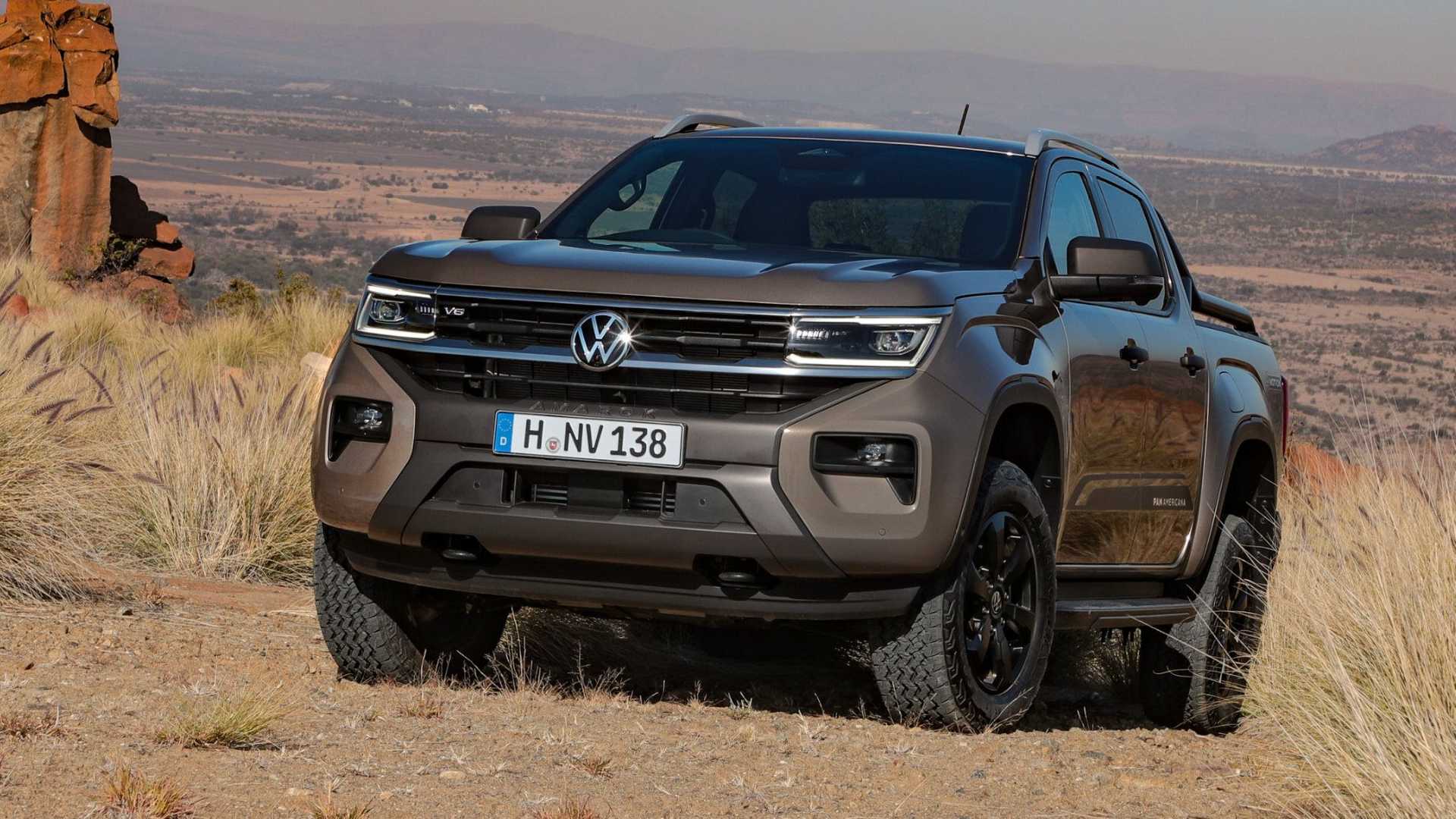 It was only a few months ago when Volkswagen said it wasn’t interested in coming out with an SUV version of the Amarok to echo the mechanically related Ford Ranger / Everest. However, a senior member of the global product management team is now hinting the peeps from Wolfsburg might reconsider an SUV spinoff of the midsize pickup. Petr Sulc told  WhichCar that a family-friendly derivative of the workhorse would make sense after all.

VW is working on an all-electric Amarok that could spawn an SUV variant to spread out the costs with development and create a viable business case. The company official pointed toward the close relationship between Everest and Ranger by saying the two are 80 percent similar. It would obviously be a similar story with an Amarok-based SUV. However, in order to happen, the Blue Oval would have to launch an Everest EV first.

“[A rugged SUV] was not a scope of the previous [commercial vehicle partnership] negotiations [with Ford], so it was really what we were telling them we are not interested in [that style of vehicle]. [But] I can imagine that if we should approach [Ford] for the battery-electric vehicle, that [the SUV] is having sense.”

Petr Sulc explained a zero-emission Amarok SUV would not clash with the revival of the Scout name since the latter will mainly target the United States where both a pickup and an SUV are planned for 2026. This potential body-on-frame electric SUV related to the rugged Everest would have global appeal, so there wouldn’t be a risk of cannibalizing sales.

In the meantime, VW announced this week plans to launch an electric SUV based on the MEB+ platform. Referred to as a high-volume product, the mysterious model will be assembled in Wolfsburg to sit alongside the ID.4 and ID.5. The German brand has suggested it’ll be roughly the same size as the Tiguan and will come to life following an investment of €460 million in the factory by early 2025. Some of the funds will go into changes necessary to add the ID.3 facelift to the assembly line.