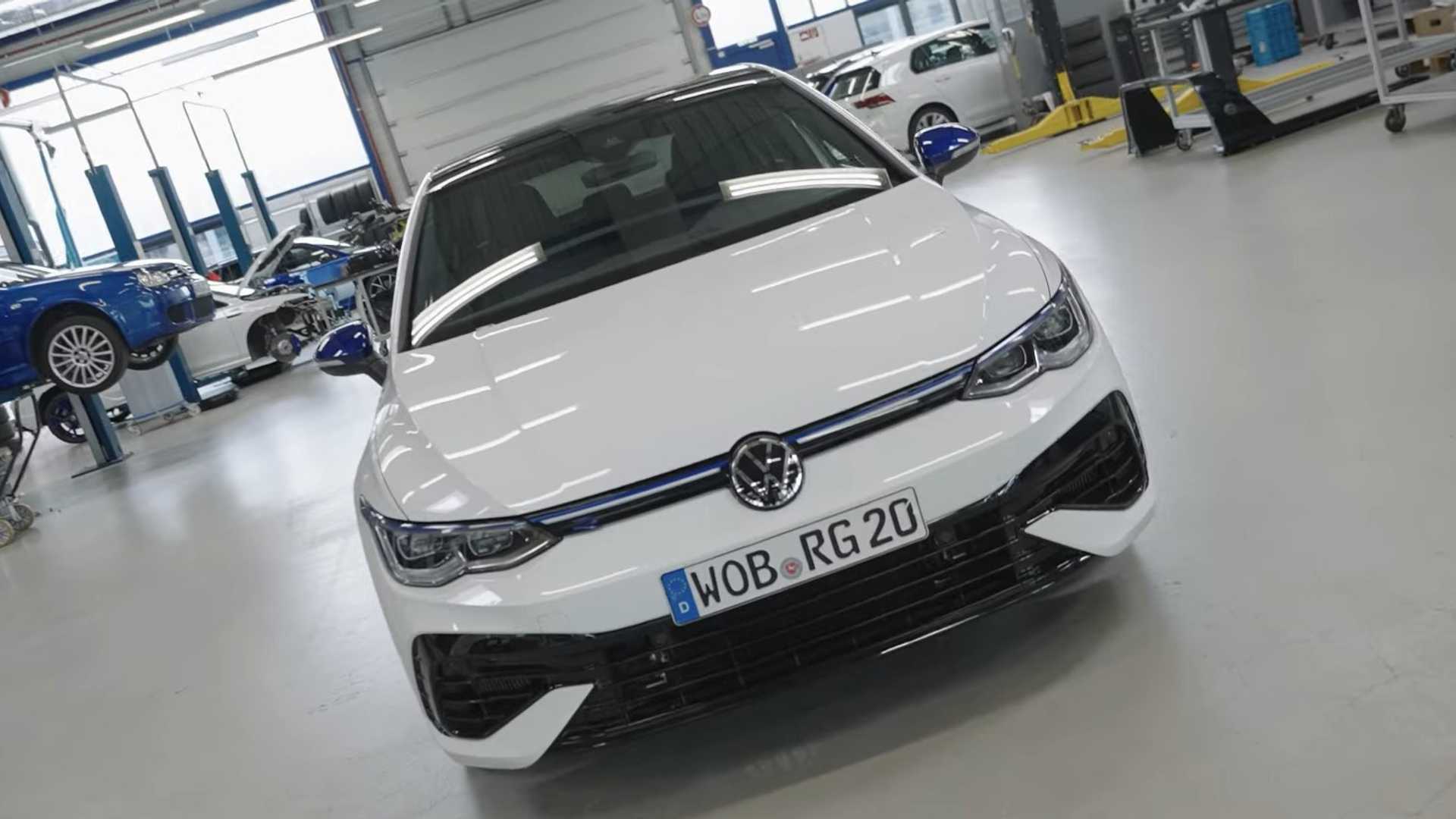 The Volkswagen Golf has had hundreds of engine variants since its introduction in 1974. Even though there used to be a bigger VR6, the fourth generation of the EA888 four-pot is the most potent ever fitted to the compact hatchback. The turbocharged 2.0-liter gasoline mill makes 329 hp (245 kilowatts) in the Golf R 20 Years Edition. A new video from the company’s R division shows how they were able to extract the extra oomph over a regular Golf R.

Although VW is all about electric vehicles these days, its engineers were given the time to work on the all-wheel-drive hot hatch and add another 13 hp (10 kW) into the mix. Tweaks to the inlet and exhaust have allowed the four-cylinder mill to put on a bit more muscle. The throttle valve always remains fully open so that the air no longer accumulates in front of it, meaning you get an instant response the moment you accelerate.

Further modifications to the turbocharger involved upgrading the anti-lag system by altering the wastegate valve for an even quicker throttle response. In episode 2, VW will provide additional details about the most powerful Golf R of them all. The car goes on sale this year in Europe and North America, with a steep asking price of €59,995 at home in Germany. The 20 Years Edition will have a one-year production run.

The 20 Years Edition is the most powerful production Golf ever, but it’s technically not the beefiest VW has built. For the Wörthersee show in 2007, the company made a bonkers (and functional) GTI W12-650 with a twin-turbo 6.0-liter W12 engine from a Bentley Continental GT. It was a mid-engined concept based on the Golf Mk5 with a ludicrous 641 horsepower that gave it a 0 to 62 mph (100 km/h) sprint in 3.7 seconds. Amazingly, the 20 Years Edition is only 0.9s slower in the sprint.

In 2014, VW unveiled the Golf R400 concept with 395 hp on tap, and despite being spotted undergoing testing at the Nurburgring multiple times, a production model never followed. Rumor has it the car was supposed to be called R420 and therefore pack even more power than the concept by offering nearly 415 hp. The cancellation apparently came after R&D chief Heinz-Jakob Neusser was forced to retire in the wake of the Dieselgate.

Escaped inmate from Connecticut captured at his birthday party in Georgia

PaleyWKND celebrates entertainment from TV to games to sports