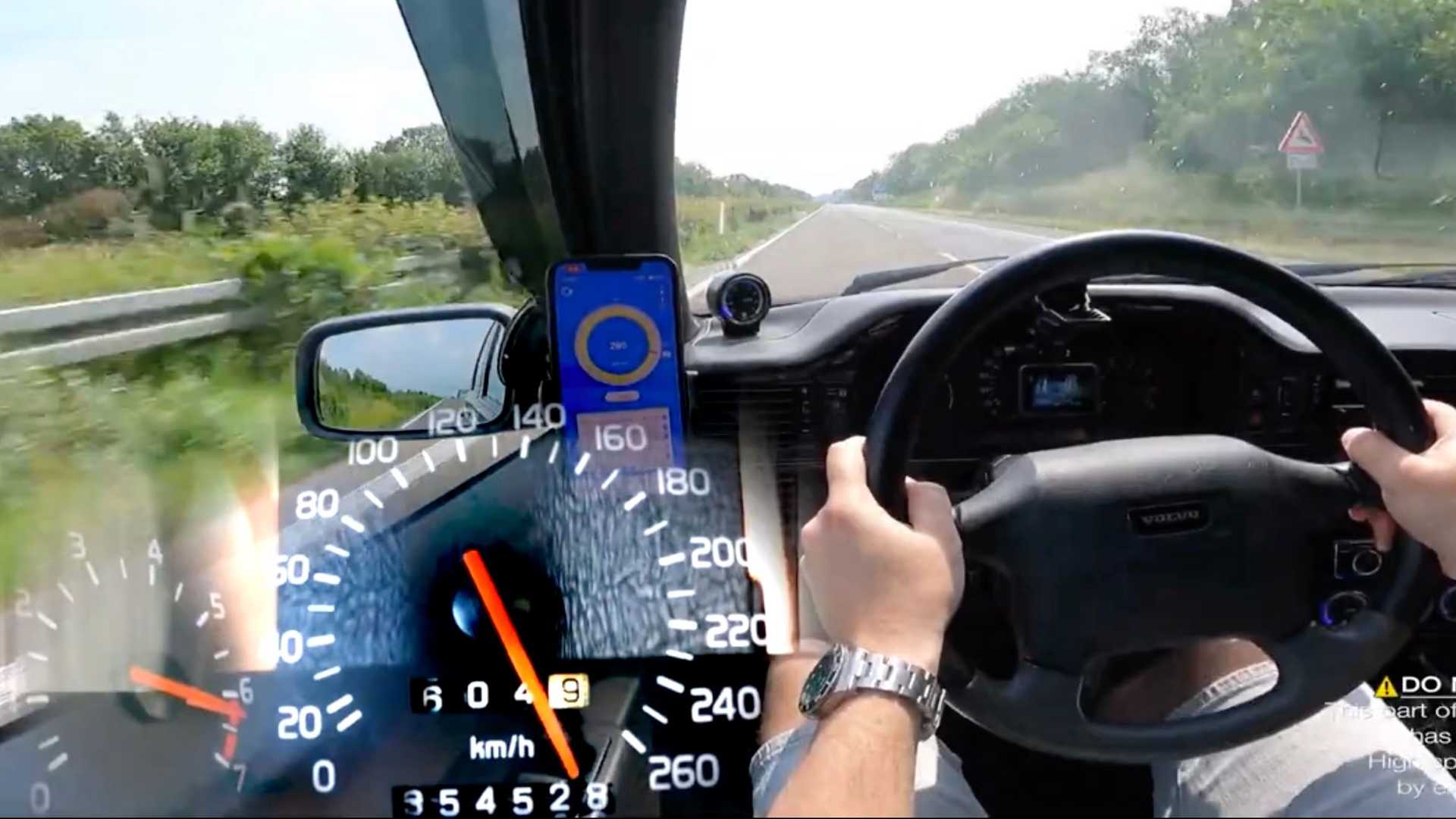 It’s probably not the first brand that comes to mind when thinking about performance cars, but Volvo has quite a history of creating meaner versions of the automaker’s models. The 850 R is a prime example of one of these sporty Swedes from the 1990s. A heavily modified example hits the autobahn in this video.

According to the specs at the beginning of the clip, the 2.3-liter turbocharged five-cylinder engine makes around 480 hp (358 kW) and 443 pound-feet (600 Newton-meters) of torque. Plus, the powerplant makes a muscular, rumbly sound. The redline appears to be around 7,000 rpm. There’s enough power for the speedometer needle to spin past the end of the gauge.

The 850 was a massively important model for Volvo, particularly in the US. Throughout much of the 1970s and the ’80s, the brand’s American lineup consisted of the 200 and 700 series with engines driving the rear wheels. However, the 850 launched with front-wheel drive, and later some markets outside the US got an all-wheel-drive variant, which was a first for the automaker.

The 850 also adopted a new, transverse-mounted, inline-five-cylinder engine that was available in several displacements during the model’s life. The R model was the most powerful version to arrive by making as much as 247 hp (184 kW) and 258 lb-ft (350 Nm).

There was also a wagon version of the 850. Volvo even took the boxy machine racing in the British Touring Car Championship in 1994. It wasn’t particularly successful but had a fascinating look for a competition machine.

The 850 nameplate lasted until the 1997 model year in the US. After that, Volvo introduced a refreshed model that adopted the S70 name for the sedan and the V70 for the wagon.