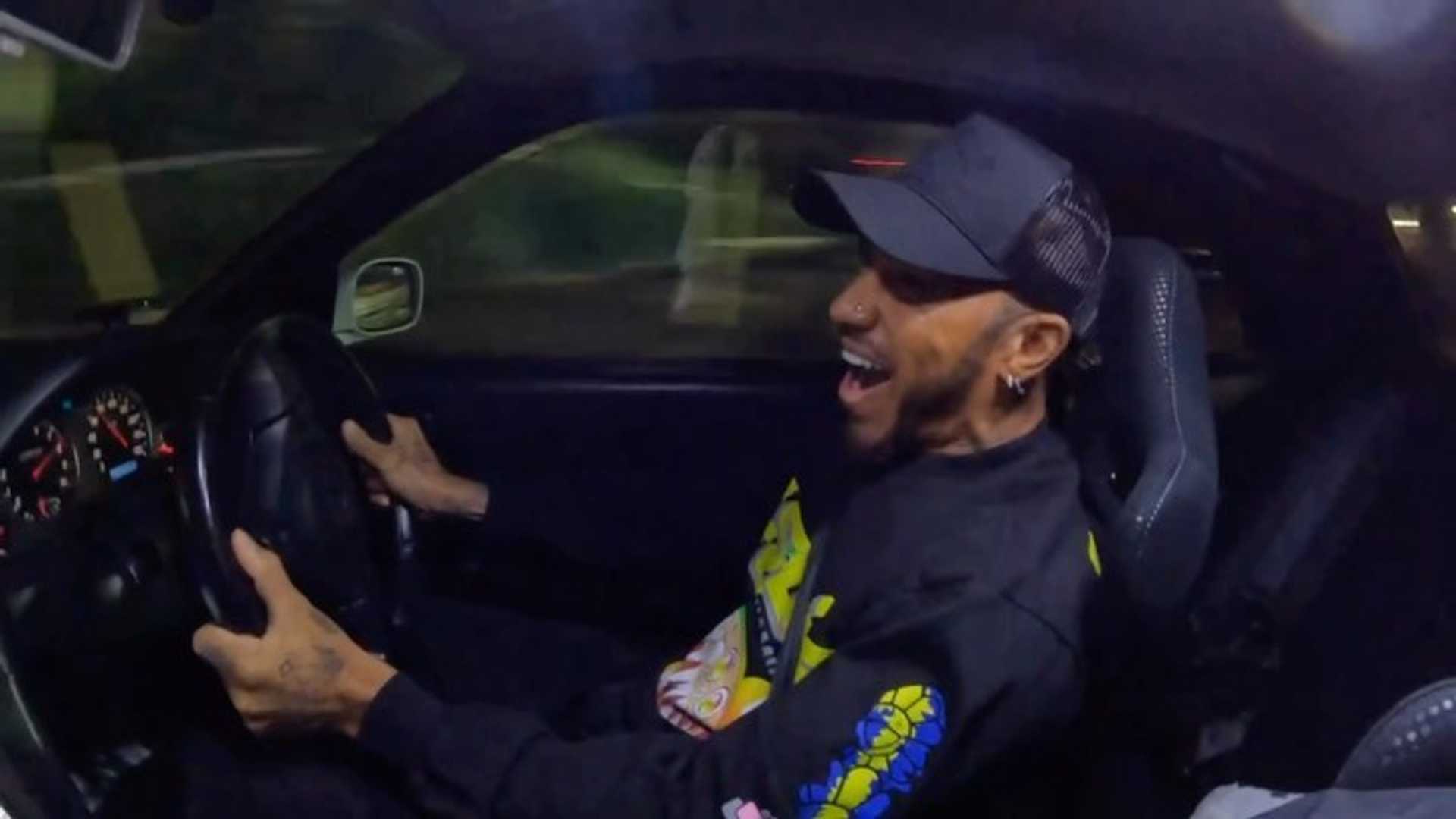 2022 hasn’t exactly been kind to Lewis Hamilton as this was the seven-time F1 champion’s first season without winning a race. Now that the troublesome W13 has been retired, the 37-year-old is finally able to blow off some steam and forget about the season that just ended with a retirement at the Abu Dhabi Grand Prix. A new video posted on his personal account on Instagram shows the F1 driver with the most wins enjoying a Nissan GT-R.

Hamilton had a lot of fun hooning a right-hand-drive R34 on the streets of Japan during the evening hours. We can see him performing all-wheel-drive burnouts in what appears to be an empty parking lot. He must’ve pushed that Skyline really hard considering there’s smoke coming out of the transmission tunnel, which is never a good sign.

The last time we saw the British racing driver behind the wheel of something other than his Mercedes-AMG F1 W13 E Performance was at the beginning of the month. Ineos Automotive posted a video with Hamilton going off the beaten path in the BMW-powered Grenadier to show the ladder-frame SUV’s off-road chops.

As you may recall, he sold his famous Pagani Zonda 760LH at the end of 2021 after seven years of ownership during which he drove it for fewer than 1,000 kilometers (621 miles). During his time with the one-off supercar, he once said it was “terrible to drive” and that “handling-wise it’s the worst.” He seemed to thoroughly enjoy the Nissan GT-R R34 and its smokey manual gearbox.

Hamilton owns or has owned some of the finest cars out there, including a LaFerrari, McLaren P1, and a Shelby 427 Cobra. He was also involved in the lengthy development process of the AMG One, which Lewis said in an interview with Top Gear magazine in February 2019 that it might spawn an LH Edition at some point.

Even if we lose to France, at least Southgate has stopped England being silly