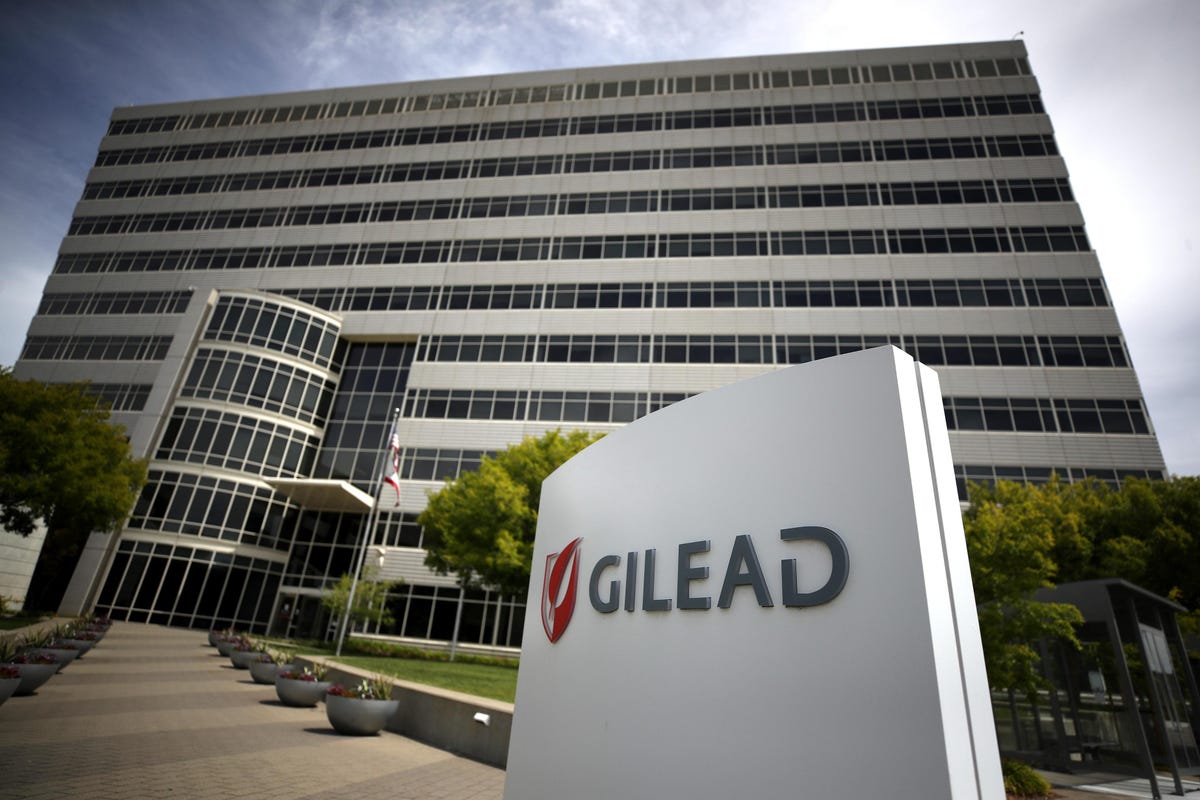 Following another ugly market week, the average U.S. stock is now trading in Bear Market territory. Of course, such was also the case in 2020 and 2018 and 2016 and more than a few other periods throughout market history. Such is the hardship that must be endured to achieve significant long-term returns on equities.

While I think that there are plenty of long-term buying opportunities being created for stocks in the Financial, Industrial and Information Technology sectors, to name a few, I suspect that many investors might be looking toward the more recession-resistant Health Care sector these days for new ideas.

I think names in the pharmaceutical space are attractive in that they offer generous dividend yields and very reasonable stock market valuations.

One single-digit P/E-ratio company I like is Gilead Sciences (GILD), which recently announced last that it had entered into agreements with five generic manufacturers to resolve the litigation and patent challenges associated with certain Gilead therapeutics containing TAF-based, HIV pre-exposure prophylaxis (PrEP) products including Descovy, Vemlidy and Odefsey.

The deal was similar to another one in 2014 for then-PrEP workhorse Truvada and pushes the threat of generics to no earlier than Halloween 2031 and offers GILD some breathing room to develop a long-acting injection: widely considered to be the next step for the firm’s HIV franchise.

The news ought to also reassure income-oriented investors that Gilead’s cash cow has several more years of life, perpetuating what has been very robust cash-flow generation and underpinning a 4.7% dividend yield.

But the biggest wildcard (with arguably the largest upside) remains the future of Gilead’s oncology portfolio, with over $40 billion of purchases over the past 5 years slow in bearing fruit. Nevertheless, strong performers in Yescarta and Trodelvy (from the acquisitions of Kite Pharma in 2017 and Immunomedics in 2020, respectively) remain promising with the former drug expected to breach $1 billion in sales this year and the latter hitting the mark by 2024.

Another company with a nice dividend yield is Bristol Myers Squibb. Shares have outperformed year-to-date but still trade for less than 9 times the 2023 consensus analyst EPS forecast.

Bristol has a heritage of supporting its pipeline by bringing in partners to share the development costs and diversify the risks of clinical and regulatory failure, and the acquisition of Celgene moved the company further into the specialty pharma segment.

The benefit of this strategy was evident when mixed results were released earlier this month from a phase 2 trial which cast a pall over an experimental blood thinner many had hoped would prevent secondary strokes. The first-in-class drug, milvexian, was developed in partnership with Johnson & Johnson’s Janssen unit. Promising data emerged from a 2021 study to reduce blood clots for patients undergoing elective total knee replacement surgery without increasing the risk of bleeding. Falling short of meeting its endpoint in the recent phase 2 trial, the drug’s future is now in question.

On the other hand, BMY partnered with Pfizer in 2007 to develop leading blood thinner Eliquis which generates over $10 billion in annualized revenue for Bristol alone.

On the positive side of the recent-news ledger, BMY received FDA approval of respective cancer and heart failure drugs Opdualag and Camzyos last April, to go along with new approvals in March for current drug Opdivo. These are solid strides to not just offset losses from multiple myeloma drug Revlimid, which has lost patent protection starting this year, but to continue to grow the top line.

And it announced last Monday that the FDA had approved its drug Sotyktu (deucravacitinib) for the treatment of moderate-to-severe plaque psoriasis, while Street analysts were quick to note the lack of a black box warning, which is notable given safety concerns that have plagued other autoimmune drugs.

Bristol has a deep pipeline of potential products with more than 50 compounds in development across greater than 40 disease areas, and investors should like the 3.1% dividend yield and the inexpensive price on the stock while they wait for new blockbusters to emerge.

US warns about foreign efforts to sway American voters

McDonald’s Adult Happy Meals: What’s in the Box, What Does It Cost and Why Cactus Flea?

How to Set Up an Apple Watch for Your Kids

Led Zeppelin’s Airplane Didn’t Belong to Them and Cost $2,500 an Hour to Rent