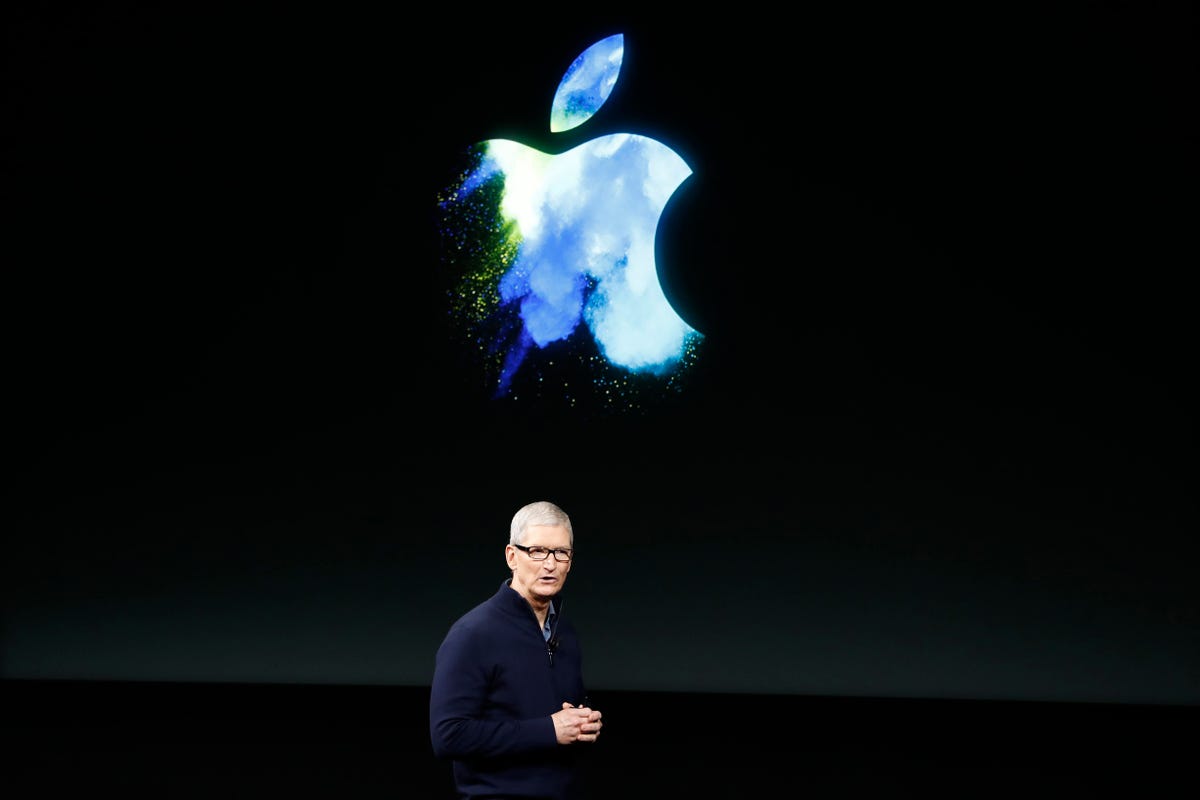 One of the most basic laws of business is that products go through lifecycles and business leaders must invest in new growth opportunities before their core products mature and decline.

Apple has masterfully extended the life of a product it introduced 15 years ago.

This week signs of life from that ancient product became fainter. According to Bloomberg, consumer demand for Apple’s 14th tweak to the iPhone is falling short of expectations.

And that has helped take a $724 billion bite out of Apple’s peak market capitalization of $2.94 trillion.

Does that drop represent a buying opportunity?

If Apple — which at a $2.22 trillion market cap remains the country’s most valuable company — can restore the double digit top line growth it enjoyed for much of the last decade, then you should buy the stock.

I do not see that happening. Instead Apple’s revenues could go from barely growing to declining in the next several quarters as the global economy deteriorates and cuts into demand for Apple’s hardware and services.

(I have no financial interest in the securities mentioned in this post).

For most stocks, investors apply a simple rule: buy shares of companies that exceed quarterly growth expectations and raise guidance — and dump those that don’t.

As I wrote in January 2020, Apple has avoided such dumping by lowering expectations so much that investors see barely perceptible growth as a win.

However, in the latest quarter, Apple’s growth was much lower. According to CNBC, for the June 2022-ending quarter, Apple reported a mere 1.9% revenue growth on July 28. Yet that was enough for Apple to “beat on the top and bottom lines” — which sent its stock price up 3.2% the next day.

Apple’s hardware business was particularly grim. While iPhone sales increased 3% to $40.7 billion; Mac revenue dropped 10% to $7.4 billion; sales of wearables — including the Apple Watch, AirPods and HomePods — dropped around 8% to $8.1 billion, and iPad revenue barely declined to $7.2 billion, according to TechCrunch.

Apple has managed to convince investors that the growth and profitability of its services business — which includes Apple Music, iCloud storage, App Store revenue, Apple Pay and warranties — matters more than its moribund top line.

Apple’s argument? Services “will make up for smart phone saturation and provide healthier profits,” noted CNBC. To be sure, Services are more profitable than hardware. After all, Apple’s gross margin from Services of 71.5% in the third quarter is significantly above Apple’s overall gross margin of 43.3%.

However, the growth of Services is falling short of Apple’s aspirations. While Services grew 16% in 2020 and 27% in fiscal 2021, they increased a mere 12% in the fiscal third quarter to $19.6 billion — $100 million below analysts’ expectations, according to Refinitiv.

That was not enough to boost its top line growth — since Services represented only 23.6% of Apple’s revenues for the quarter.

iPhone revenue growth — from which Apple derives about half its revenue — is likely to be lower than the company anticipated in July.

The reason is that Apple is reportedly cutting back on production of its iPhone 14 by about six percent. Bloomberg reported that Apple told suppliers to pull back iPhone 14 production from 96 million to 90 million — roughly the same level as last year.

At least one Apple supplier is responding to this production drop by reducing the number of entry-level iPhones — for which demand is lower than expected — and making more of the more in-demand higher-priced iPhone 14 Pro models, noted Bloomberg.

With the largest smartphone market — China — in a slump that sent iPhone 14 orders down 11% in the first three days they went on sale, it is no surprise that the smartphone market is expected to fall 6.5% this year to 1.27 billion units, according to IDC.

Ominously, the reason for the decline in demand has shifted from supply constraints to falling demand. As Nabila Popal, research director at IDC said, “High inventory in channels and low demand with no signs of immediate recovery has OEMs panicking and cutting their orders drastically for 2022,” reported Bloomberg.

The news about iPhone 14 demand caused one analyst to cut his price target on Apple by 8.1% from $185 to $160. BofA analyst Wamsi Mohan wrote in a note to clients, “We see risk to this outperformance over the next year. Services [is] already in slowdown and we expect products to follow.”

BofA lowered its forecast for Apple’s revenues next year. Specifically, Mohan expects Apple to generate $379 billion in 2023 revenue — 3.6% more than in 2022 — $33 billion below the analyst consensus, according to Benzinga.

Another firm is bullish on Apple. According to CNBC, Rosenblatt Securities upgraded its rating on Apple from neutral to buy and raised its price target 18.1% from $160 to $189.

Rosenblatt’s call is based on a survey of over 1,000 U.S. adults that “showed strong demand for even the pricier new Apple products.” What’s more, Rosenblatt expressed skepticism about the Bloomberg report, writing that there’s “a recent history of comparable reports proving to be misleading when actuals come out.”

Morningstar argued that Apple stock was over-valued at the beginning of September. As Morningstar Sector Strategist Abhinav Davuluri wrote September 7, Apple’s annual product showcase featured prices for new iPhones and other hardware that were surprisingly “consistent with equivalent models from the prior year.”

Davuluri concluded that Apple’s margins were likely to remain largely unchanged and that Apple stock was overvalued and should trade at $130. “We think Apple’s fiscal 2023 iPhone growth is likely to be more muted than the growth implied by the current stock price,” he concluded.

Were he to update his report based on lower than expected iPhone 14 demand, I’d guess his price target would be even lower.

After 15 years, the iPhone is in its decline stage and Apple’s Services are not sufficiently independent of that decline to turn Apple back into a company that can grow its top line faster than 15% a year.

Since Apple is barely growing and seems unable to find a new growth curve, it should raise its dividend above its paltry 0.67% yield.

Which teams have qualified for the last-16 at the 2022 World Cup?