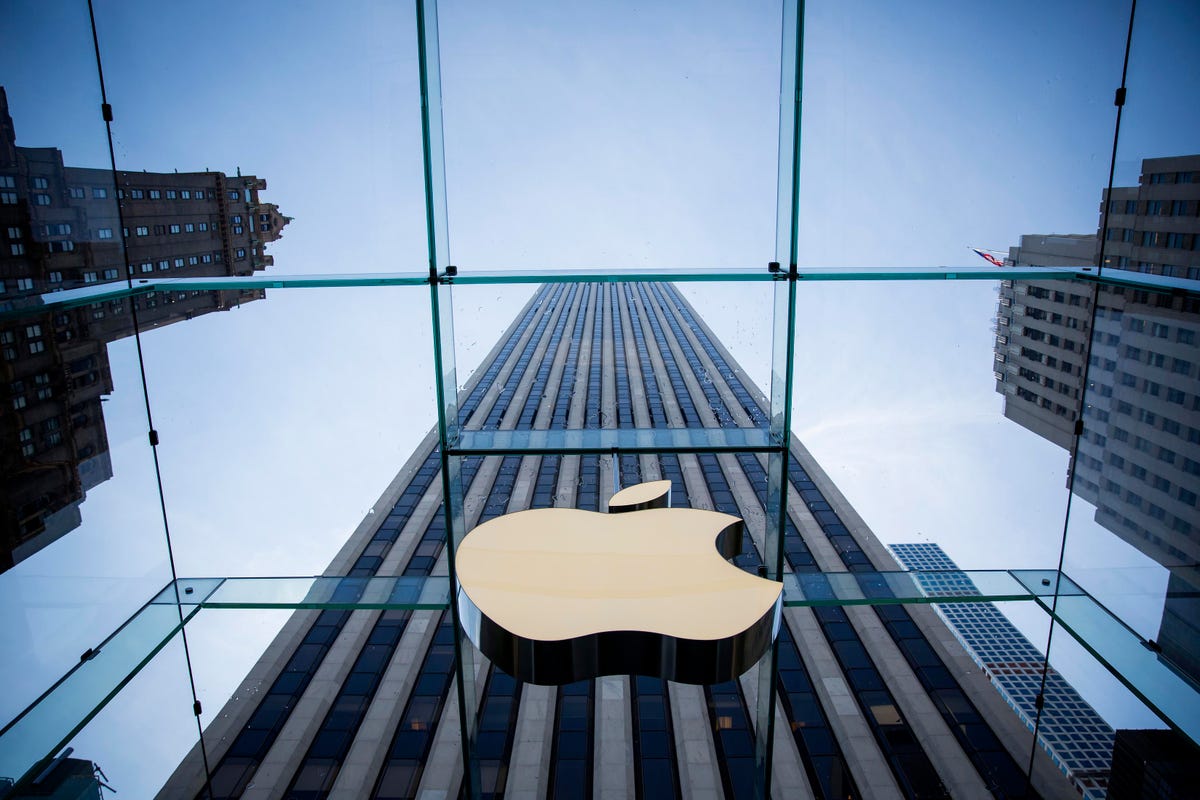 While many parts of the world have dropped pandemic-related restrictions, China is still experiencing challenges in this area. The situation in China has turned violent, with protests across the entire country in response to lockdowns.

These protests and other lockdown-related issues have led to production issues at the Foxconn factory in Zhengzhou, China, where Apple produces iPhones.

Apple has been going through some difficulties when it comes to the production of iPhones. Reports state that there might be a shortfall of six million iPhone Pro units due to ongoing issues. This news caused Apple’s stock to drop as there are concerns about reduced earnings.

Let’s look at the situation with Apple in China and what this means for Apple’s stock.

Foxconn, a Chinese iPhone supplier, has been experiencing production issues since workers have been in a dispute with management for overdue payments. This has caused slowdowns in production.

The COVID-19 lockdowns in the area have also impacted workers and production. Foxconn is located in Zhengzhou, which has been locked down as the country aims for a zero-COVID policy.

Even though Apple declined to comment on this report, the news was enough to cause the stock to drop.

What makes the situation worse is that some of the reports coming out of China are horrible, with stories of employees at Foxconn protesting food shortages, payment issues, and complaints over how the company handles COVID-19 outbreaks.

There were reports that workers started smashing cameras and windows during the protests. These violent protests could continue if the situation isn’t immediately resolved within the country, leading to increased uncertainty about how Apple will meet demand.

Plus, there are worries that the demand for the new premium iPhone product could drop since consumers may not want to wait for an undetermined period of time to get their hands on the new gadget.

When will the production delays be resolved?

The one troubling aspect of Apple’s production issues in China is that it doesn’t look like there’s a resolution in sight.

While the reports vary about the severity of the infections, troubling news has come out about the violent protests against the lockdowns. The shocking and unprecedented protests have impacted the entire country.

Apple’s situation is unique since they rely on partner Foxconn Technology Group, a Taiwanese group that runs the facility, to ensure that production is on target. If the violent protests and lockdowns continue, production could be set back even more than expected.

With over 200,000 workers at the facility, Foxconn accounts for 70% of global iPhone shipments.

In a surprising move, Apple released a statement in early November warning about production issues. The facility in Zhengzhou primarily produces the iPhone 14 Pro and iPhone 14 Pro Max models, which are high-margin products for the company.

It should be noted that this press release came out before the news of the violent protests in response to lockdown restrictions began. Apple CEO Tim Cook didn’t comment when asked about his reactions to the protests in China.

Furthermore, Apple has already started to shift production to India as the company realizes that weakening relations between China and the U.S. will present possible political challenges.

Analysts have reported that Apple will shift about 5% of global iPhone 14 production to India by the end of 2022. They’re also expected to increase manufacturing in India to produce 25% of all iPhones in 2025. We will see how this plays out since Apple still relies heavily on China.

With all of these production issues leading to investor concerns, we must take a step back to look at Apple’s financials to see how the company is doing.

With a $2.33 trillion market cap, Apple is still the world’s largest publicly traded company. They also have $169 billion in liquidity on the balance sheet, so there aren’t many concerns about the company’s financials.

However, these production issues have caused analysts to notice how much Apple relies on iPhone sales for revenue. The iPhone accounted for 52% of Apple’s revenue in the fiscal year 2022.

In the event Apple continues to rely mainly on suppliers in China, it could become vulnerable if the political situation doesn’t improve or if it doesn’t shift production.

After a stressful week for Apple, it was reported on December 2 that the company may miss expectations by 16 million units in 2022 due to the ongoing issues with China’s zero-COVID stance.

Analysts have slashed their iPhone 14 production forecast from 92 million units to 76 million units for the second part of the year, which would be a 20% drop from the previous year.

This Foxconn situation is even more critical to Apple because the business could be hurt since the premium versions of the new iPhone have picked up for the soft sales of the regular iPhone 14 model.

Since the Foxconn facility produces most of the premium iPhone 14 models, this could become a bigger story going into 2023.

As of closing on December 2, Apple stock is at $147.81, down 18.79% year to date. Apple stock dropped 2.6% on November 28 when it became evident that the production issues in China could pose a serious threat to delivery.

However, Apple announced record revenue on October 27 for the fiscal fourth quarter of 2022. The company posted quarterly record revenue of $90.1 billion during a difficult time in the economy where there are fears of rate hikes leading to a full-blown recession.

Annual revenue was up 8% year-over-year to $394.3 billion. What made these financial results even more impressive was the current macroeconomic environment, where high inflation is forcing people to think twice before spending on expensive discretionary items.

How should you be investing?

As we’ve all seen throughout 2022, supply chain issues and soaring inflation have hurt many companies. Numerous large retailers have reported weaker earnings due to the current macroeconomic challenges.

This makes it even more challenging to figure out how to invest your money. If the largest company in the world by market cap can face supply chain challenges, it shows that nobody’s immune.

For a simpler approach, you can review Q.ai’s Inflation Kit or Emerging Tech Kit. Q.ai takes the guesswork out of investing by using artificial intelligence to scour the market for the best investments for all risk tolerances and economic situations.

Then, it bundles them into Investment Kits that make investing more straightforward and strategic. You can activate Portfolio Protection anytime to protect your gains and reduce losses, no matter what industry you invest in.

We will continue monitoring the situation with Apple and the production issues in China. If the problem isn’t resolved shortly, there could be further challenges with delivering the premium iPhone 14 models in time for the holiday season.

With consumers already bracing for a possible recession due to the stubborn inflation numbers and persistent rate hikes, there’s plenty of uncertainty in the markets.