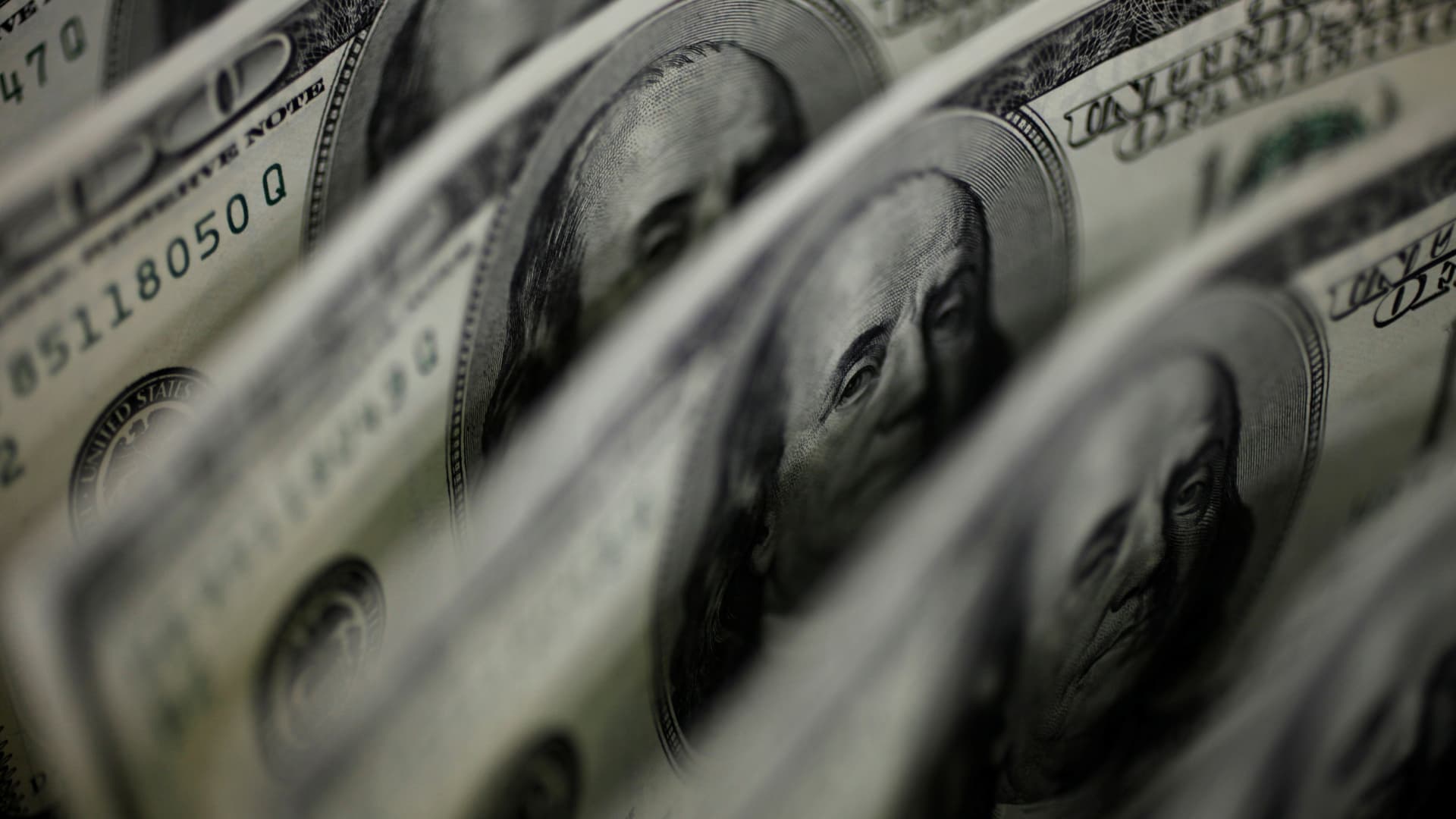 Wall Street may be underestimating the dollar’s jump to two year highs.

“With each passing day the dollar goes higher. That creates more of a headwind for the multinationals in the market in general,” “Fast Money” trader Guy Adami said on Tuesday. “A stronger dollar, as counterintuitive as it may be, is not good for the market.”

On Wednesday, the dollar index hit its highest level since March 25, 2020. The index is up 10% over the last year. The timing comes in conjunction with fourth quarter earnings season.

The greenback’s move is also notable against the Japanese yen because it’s at a two decade high.

“If you repatriate that money and you get fewer dollars for whatever the currency you’re repatriating,” said trader Karen Finerman. “To me, that would be McDonald’s which actually at this point now has a little more than half of their business outside of the U.S. So, they would not be the beneficiary. They would be the victim.”

But some groups may thrive. Trader Steve Grasso experts some pockets including utilities to weather a stronger dollar.

“They have a predictable demand and with them predictable earnings as well. No one likes the lights going off in your house once you have lights in our house,” he said. ‘Whether it’s the yield play or whether it’s the predictability nature of it, those things are usually bought going into recession or a rising rate environment.”

The Utilities Select Sector SPDR fund, which tracks the sector, is up more than 7% so far this year.

For all trader disclosures, go to cnbc.com/fast-money/.

Every A-List Star Who's Been in the 'Ocean's' Franchise

Indonesia Wealth Creation: Powered Up In 2022