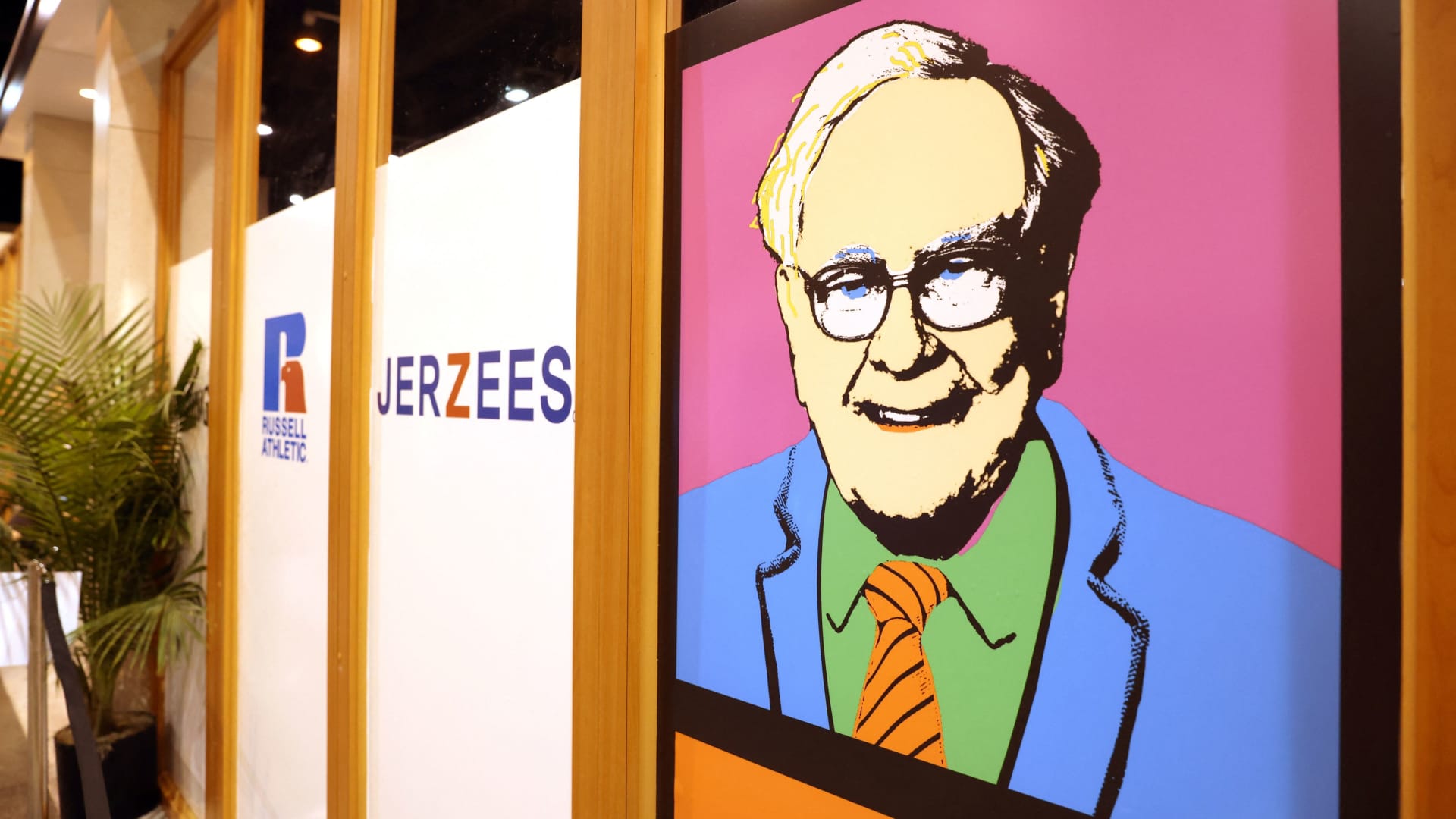 Berkshire Hathaway’s operating profits jumped in the second quarter despite fears of slowing growth, but Warren Buffett’s conglomerate was not immune to the overall market turmoil.

The conglomerate’s operating earnings — which encompass profits made from the myriad of businesses owned by the conglomerate like insurance, railroads and utilities — totaled $9.283 billion in the second quarter of 2022, Berkshire reported Saturday morning. It marked a 38.8% increase from the same quarter a year ago.

However, the company posted a $53 billion loss on its investments during the quarter. The legendary investor again asked investors to not focus on the quarterly fluctuations in its equity investments.

“The amount of investment gains/losses in any given quarter is usually meaningless and delivers figures for net earnings per share that can be extremely misleading to investors who have little or no knowledge of accounting rules,” Berkshire said in a statement.

Stocks tumbled into a bear market during the second quarter after aggressive rate hikes from the Federal Reserve to tame soaring inflation sparked fears of a recession. The S&P 500 posted a more than 16% quarterly loss – its biggest one-quarter fall since March 2020. For the first half, the broader market index dropped 20.6% for its largest first-half decline since 1970.

The conglomerate’s Class A stock fell more than 22% in the second quarter, and it’s now down nearly 20% from an all-time high reached March 28. Still, Berkshire’s stock is outperforming the S&P 500 significantly, down 2,5% versus the equity benchmark’s 13% loss year to date.

Berkshire said it spent approximately $1 billion in share repurchases during the second quarter, bringing the six-month total to $4.2 billion. However, that’s a slower repurchase pace than the one seen in the first quarter, when the company bought back $3.2 billion of if its own stock.

The conglomerate showed a massive cash hoard of $105.4 billion at the end of June even though the giant has been more active in deal-making and picking stocks.

The “Oracle of Omaha” has been steadily adding to his Occidental Petroleum stake since March, giving Berkshire a 19.4% Occidental stake worth about $10.9 billion. Occidental has been the best-performing stock in the S&P 500 this year, more than doubling in price on the back of surging oil prices.

In late March, the company said it agreed to buy insurer Alleghany for $11.6 billion — marking Buffett’s biggest deal since 2016.