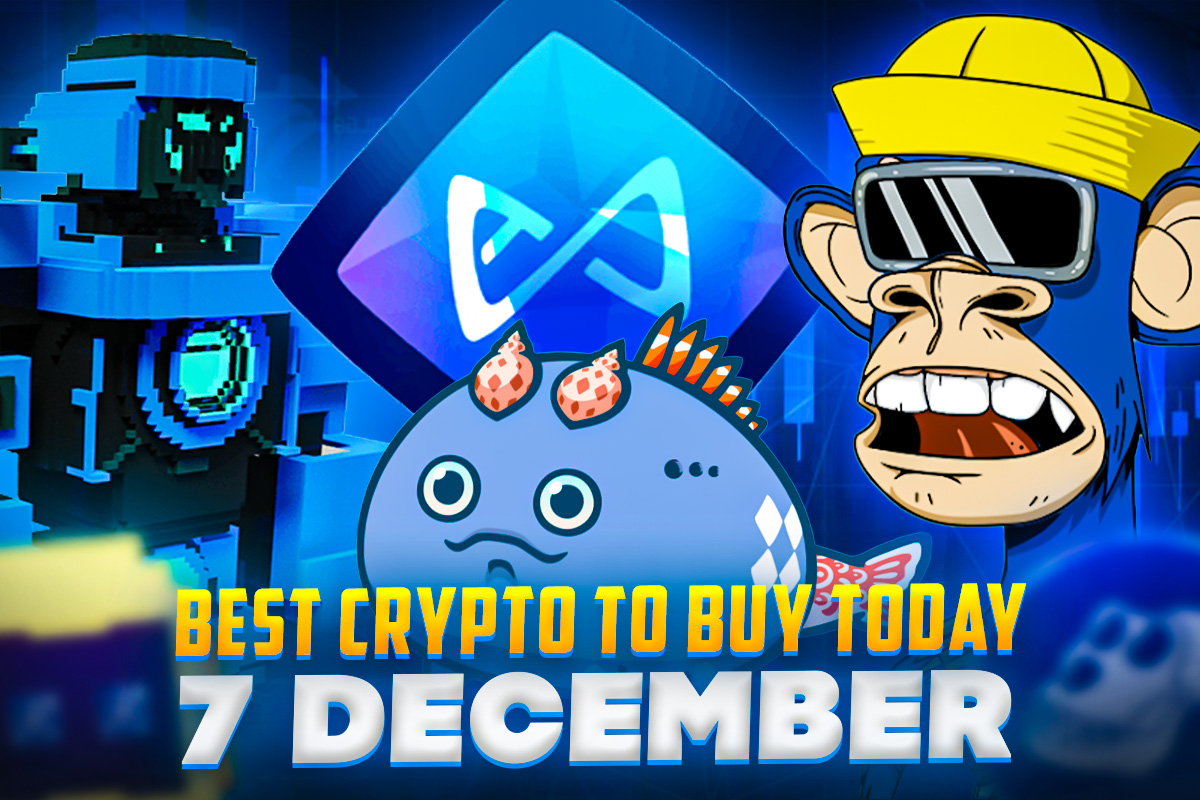 The stock market continued its downward trend today so far and is on track for its fifth day straight of losses. Meanwhile, Bitcoin and other cryptocurrencies finally started following stocks down after mostly moving sideways this week.

Even though cryptocurrency is still in a bear market, this may be a good time to start investing through dollar-cost averaging (DCA), buying coins regularly as the markets do whatever they might do. Despite the popular trend of buying crypto when prices are high and selling low, bear markets are when investors should start thinking about taking positions. Token presales are a good way to enter the market as well; presales often offer deeply discounted prices and can only be found before the coins show up on bigger exchanges.

Below are a few coins to consider investing in right now, including some that are in presale:

Dash 2 Trade is a new platform that will offer sentiment tracking, data analysis, and strategy-building tools for cryptocurrency investors. Some features of the soon-to-launch platform include:

So far, the D2T token presale has raised $9 million dollars and is now in its final stage—stage 4. 68% of tokens have been sold at this point. To use many of Dash 2 Trade’s platform functions, users need the D2T token, which means the platform will likely generate a lot of interest in the token, driving up its price.

The beta Dash 2 Trade presale dashboard will be released in the near future, and the website was recently updated with several new features, such as images of the product and a matrix comparing it to similar products. You can also now find information about the team on the site.

ApeCoin has seen increased trading activity for the past couple of days. The surge began when investors were allowed to place their APE into the Ape Foundation’s contract on Tuesday. In total, $30 million worth of tokens have been deposited since then.

ApeStake.io will give out rewards to those who stake their APE tokens or Bored Ape/Mutant Ape NFTs starting Dec. 12. 96.2 million APE—which equals $391 million—has been set aside for those participating in staking, according to the company’s website.﻿﻿

APE started the day with a loss of 5.28% after yesterday’s rally of 6.03%. The cryptocurrency is looking to regain support between $4.20 to $4.30, which it had before its most recent rally in November that propelled it nearly 70% from its bottom price to its top. Since then, however, it has stalled out and traded sideways throughout December.

As of writing, APE is currently trading at $3.89. Plotting a FIB extension level reveals that the low of its current range coincides with the fib 0.382 level and daily EMA20. For this coin to continue its rally upward, it’s crucial for it to maintain this level.

The IMPT token allows companies to contribute money easily towards international climate change initiatives. Companies and consumers who want to support eco-sustainability projects can buy and sell carbon credits; the funds will be used to finance these types of programs globally. This provides customers/users an opportunity to directly participate in supporting a given company’s chosen causes.

Shopping at any of IMPT’s affiliate companies will earn shoppers rewards in the form of IMPT tokens. These tokens can be traded for carbon credits on the blockchain 24/7/365. In addition, the platform has partnerships with over 25,000 affiliates—including major names such as Netflix and Microsoft.

To date, IMPT has raised $15 million from presale investors, which indicates that it will most likely continue to do well during the bear market and take off during the next bull run.

The decentralized finance (DeFi) token AXS is experiencing increased volatility, with its price increasing by 26% in the last 7 days. Axie Infinity’s ‘Axie Contributor Initiative,’ in which the company partners with its decentralized community—including an ‘Urban Planning’ group—has caused a massive surge in trading volume and price for the token. This surge is what many investors have been waiting for, and could mean good things to come for the future of AXS.

After the 27.76% rally Dec. 5, prices have been stable and it looks like the daily EMA50 level of $8.29 is acting as support for now. If this area holds in the next few days and the market holds stable or moves up, then the next target is hitting the daily EMA100 and psychological resistance of $10.

In RobotEra, players control robot companions as they rebuild and explore the destroyed planet of Taro. With easy-to-use in-game tools, players can build custom robots and other assets—without any coding required.

Players in RobotEra can earn money by taking part in quests, community events, and staking. They can also sell space on billboards or structures within the game world. If you’re feeling entrepreneurial, players can host their own events and charge an admission fee to other players.

In 2023, the RobotEra team plans to merge virtual and augmented reality (VR/AR) into the game. With an arsenal of income-earning features at their disposal, players will be able to generate and earn from their own in-game worlds, which makes the game less susceptible to bear market downturns and sets it up for future growth.

In Calvaria: Duels of Eternity, players use NFT trading cards to create strategies and compete against each in an afterlife-inspired world.

NFTs are bought and traded using RIA tokens in the game’s internal marketplace. Those who hold the digital asset have governance power over the game’s decentralized autonomous organization (DAO). Furthermore, the token can be staked by individuals interested in generating extra income passively.

Out of the $3 million goal, the game’s presale has currently raised $2.26 million. However, because of high demand, developers are ending it earlier than anticipated with only 150 million tokens instead of 300 million available.