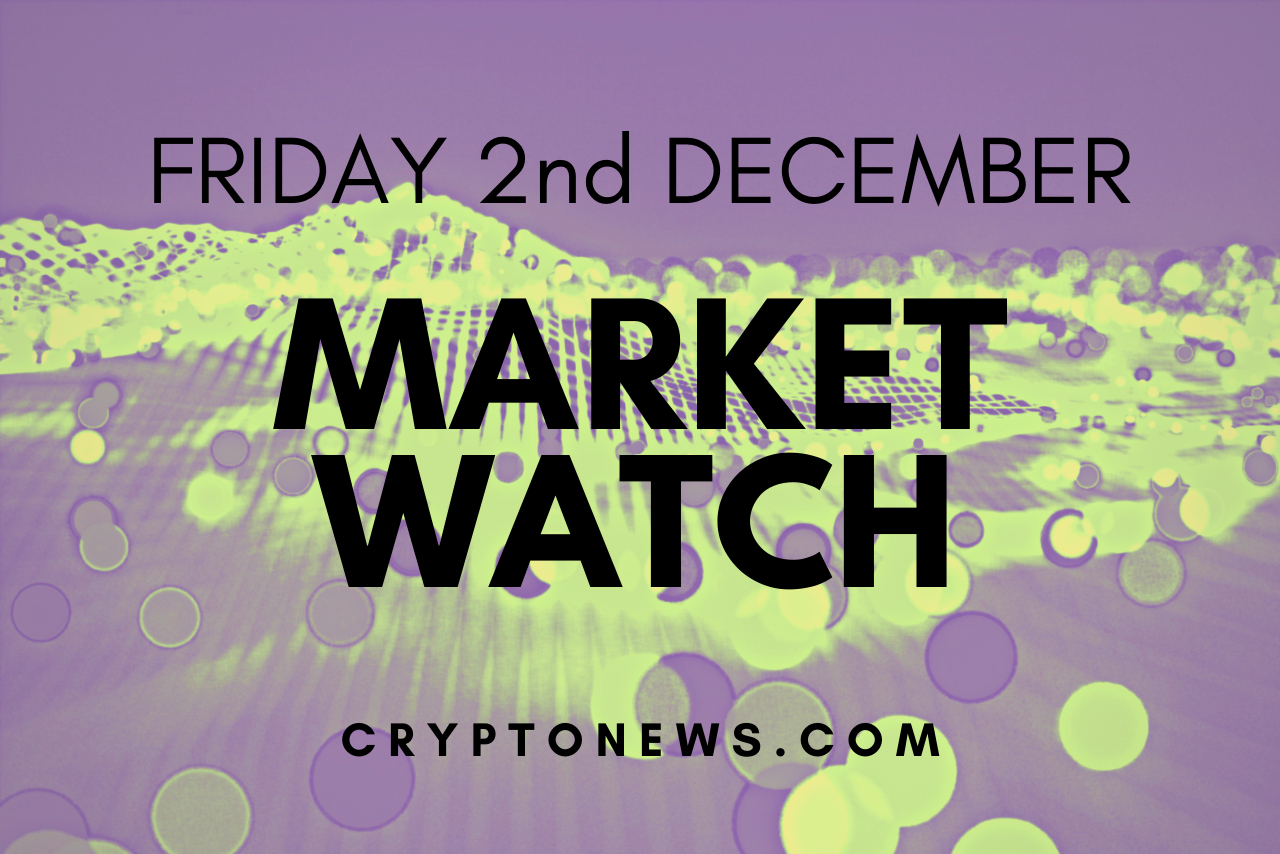 Bitcoin, the leading cryptocurrency, struggled to break above the $17,250 level on December 2, and it is now heading lower to $16,900. Similarly, Ethereum, the second-most valuable cryptocurrency, has fallen after being rejected at the $1,300 level and is currently consolidating near $1,275.

Major cryptocurrencies were trading in the negative early on December 02, as the global cryptocurrency market value fell over 1.30% to $849.73 billion on the previous day. Over the last 24 hours, overall crypto market volume fell 14 percent to $42.61 billion.

The reason for its rise can be attributed to Fed Chair Jerome Powell’s dovish remarks, which were critical in supporting cryptocurrencies such as Bitcoin.

Jerome Powell, the chairman of the Federal Reserve, stated that the bank will slow the rate at which it raises interest rates at its upcoming meeting.

Furthermore, the US dollar’s drop to a three-month low was viewed as an important factor supporting higher Bitcoin prices, as BTC has a strong inverse relationship with the US Dollar Index.

In contrast, Block Research data show that revenue from Bitcoin mining fell by 19.9% in November to approximately $472.64 million. This was seen as one of the key factors in keeping any additional gains in BTC gains under control.

Transaction fees accounted for only a small portion of bitcoin mining revenue ($12.32 million), with the block reward subsidy accounting for the majority of revenue ($460.32 million).

In terms of earnings, Bitcoin miners outpaced Ethereum investors by a factor of about 5.3. Moving on, traders appear wary of placing any strong bids ahead of US payroll data that is likely to influence monetary policy.

The current Bitcoin price is $16,970, and the 24-hour trading volume is $25 billion. During the last 24 hours, the BTC/USD pair has gained above 0.50%, while CoinMarketCap currently ranks first with a live market cap of $358 billion, up from $323 billion yesterday.

The BTC/USD pair struggled to break through the $17,250 level, and the closing of doji and spinning top candles indicate the possibility of a bearish correction.

On the 4-hour chart, Ethereum traded bullishly but failed to break above the $1,310 resistance level, triggering a bearish correction.

The tweezers’ top pattern is weakening the bullish trend and may result in a bearish market correction.

The MACD and RSI indicators are diverging because the MACD is in a selling zone while the RSI is still in a buying zone. In addition, the 50-day simple moving average (SMA) is still indicating a buying trend.

Fantom extended its upward momentum on December 02 despite rumors that the Fantom Foundation makes regular earnings and has 30 years of the runway without needing to sell any FTM tokens.

FTM price rose about 35% to hit $0.24, its highest level in three weeks. The rise comes as a part of a bigger rebound trend that started when it bottomed out at roughly $0.17 on Nov. 22. This translates to a 50% price rebound in the last eight days.

Interestingly, the rally took up momentum after the Fantom Foundation’s “Architect,” Andre Cronje, disclosed the firm’s financial documents on Nov. 28, disclosing that it had $340 million worth of digital assets and had been making over $10 million annually.

Dash 2 Trade is an Ethereum-based trading intelligence platform that provides traders of all skill levels with real-time analytics and social data, allowing them to make better-informed decisions. The platform will go live in the first quarter of 2023, providing information to investors to assist them in making proactive trading decisions.

Dash 2 Trade has also been a success, with two exchanges (LBank and BitMart) promising to list the D2T token after the presale concludes. 1 D2T is currently worth 0.0513 USDT, but this will increase to $0.0533 at the end of the sale. D2T has so far raised more than $7.7 million by selling more than 88% of its tokens.