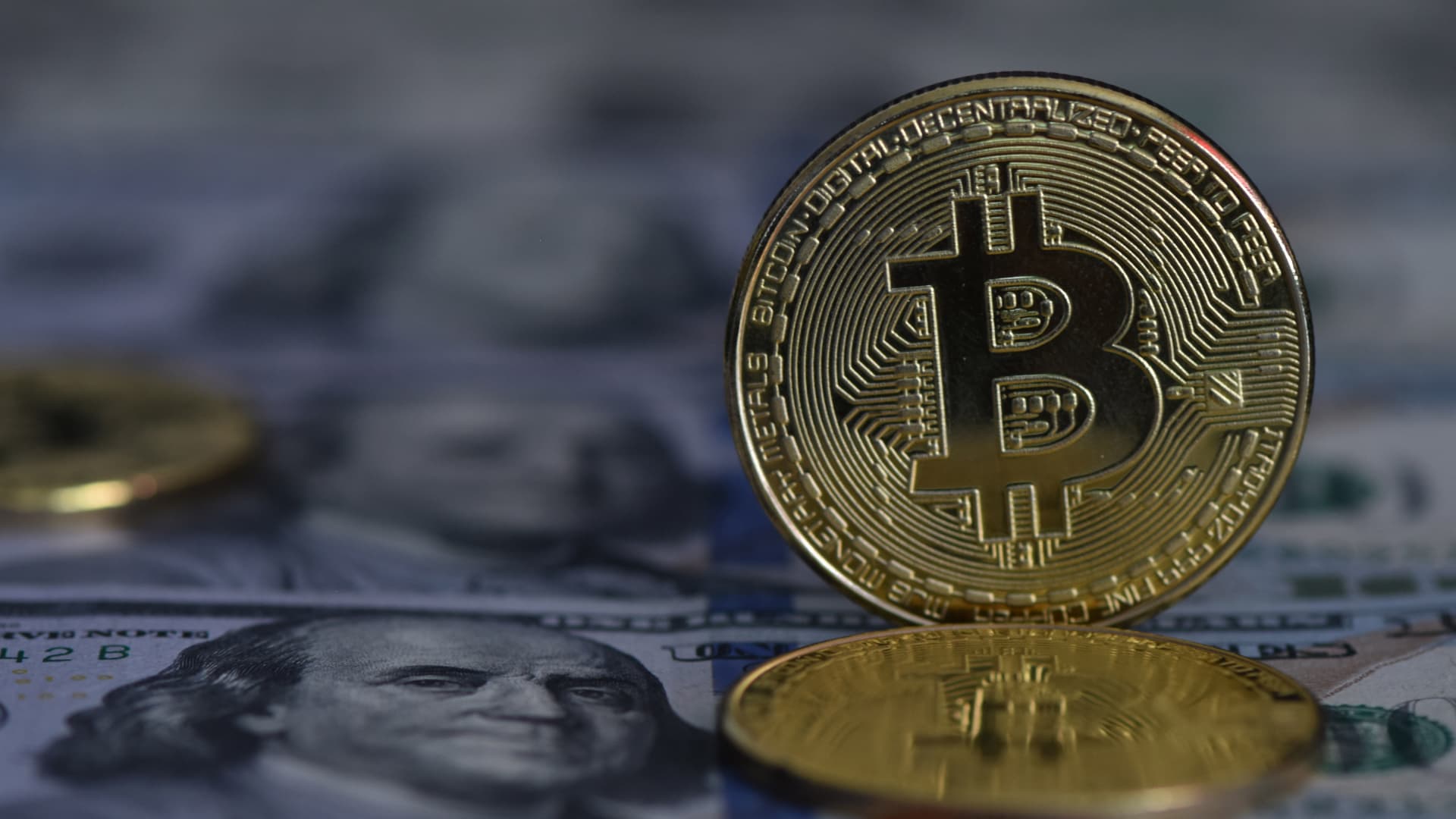 Bitcoin broke the $24,000 threshold for the first time in more than a month, as hopes of a rate hike less aggressive than feared from the Federal Reserve triggered a relief rally in cryptocurrencies.

The world’s biggest cryptocurrency surged as high as $24,047 Wednesday, up more than 8% in 24 hours and trading at levels not seen since mid-June, according to Coin Metrics data.

Traders took comfort from the prospect of softer policy action from the Fed at its next rate-setting meeting.

The effects of tighter monetary policy from the U.S. central bank have weighed heavily on risky assets like stocks and crypto.

“This isn’t necessarily the end of the crypto bear market, but a relief rally for Bitcoin is long overdue,” said Antoni Trenchev, CEO of crypto lender Nexo.

“Bitcoin is beginning to find its feet after a shaky month, and the next week will be telling,” he added.

The U.S. central bank is expected to hike rates again at its next policy meeting, but economists are forecasting a less aggressive increase this time of 75 basis points rather than 100.

Cryptocurrencies were touted as a source of value uncorrelated with traditional financial markets. But as institutional capital poured into digital assets, that thesis failed to materialize once the Fed began hiking interest rates and traders fled equities.

A rally beyond $22,700 means the cryptocurrency has now recovered its 200-week moving average, laying the technical groundwork for a “trend reversal,” according to Yuya Hasegawa, crypto market analyst at Japanese crypto exchange Bitbank.

“The market needs a little more assurance for deceleration in the pace of rate hike by the Fed,” he said. “Nevertheless, a short-term outlook for bitcoin is bullish and it could go as high as around $29k this week.”

Meanwhile, traders are betting that the worst of an intense market contagion caused by liquidity issues at some large crypto firms has likely subsided.

Digital currencies have been under immense selling pressure in the past couple of months, as the collapse of some notable ventures caused ripple effects in the market. Terra, a so-called algorithmic stablecoin, plunged to near-zero in May, setting off a chain of events that ultimately led to the bankruptcies of crypto firms Celsius, Three Arrows Capital and Voyager.

Elsewhere in crypto, ether climbed nearly 5% to $1,609.06, while other so-called “altcoins” were also higher.

The second-largest token is up more than 50% in the past seven days, fueled by optimism over a highly anticipated upgrade to its network known as the “Merge.”

Developers now expect the update, which would move ethereum away from environmentally dubious crypto mining to a more energy-efficient system, to be completed by Sept. 19.

“Crypto mining has been highly criticised for contributing to climate change due to its energy intensive nature and as wildfires rage across Europe and the United States, the promise that Ether transactions could be less damaging to the environment has caused a wave of interest,” said Susannah Streeter, senior investment and markets analyst at Hargreaves Lansdown.