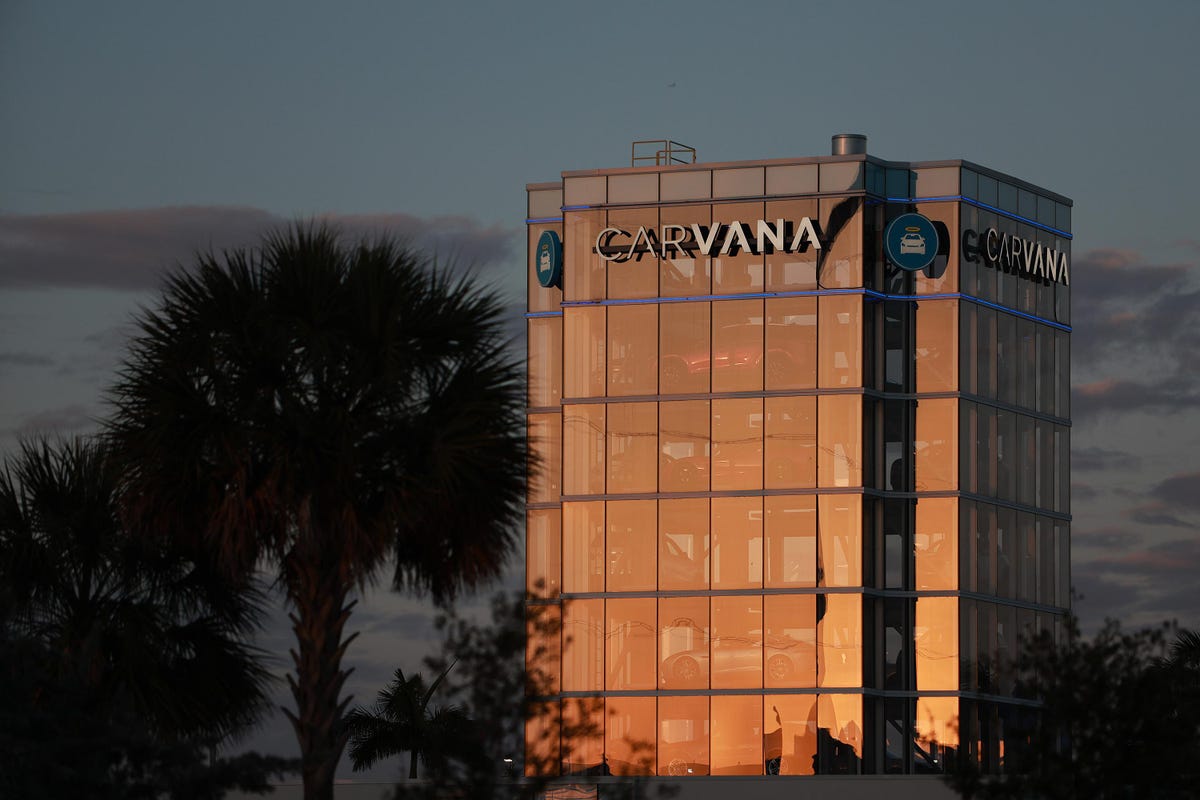 These are dark days for used car vendor Carvana. As I wrote last month, Carvana stock traded 98% below its high in early November as Morgan Stanley said it could drop to $1.

Today, Carvana shares are down 33% after a Bloomberg report that creditors who control about 70% of Carvana’s unsecured debt agreed for the next three months to act together in negotiations. This deal prompted Wedbush to set a $1 price target for Carvana — citing rising bankruptcy risks at Carvana.

This bad news is not new for short sellers. Since early November, short interest in Carvana has increased from 34% to 44%, according to the Wall Street Journal.

Unless the meme stock crowd rushes in to buy this stock, the party for Carvana short sellers could soon be over.

On Tuesday, Carvana’s largest unsecured creditors, Apollo Group and Pimco, reached an agreement to stick together in their negotiations with Carvana for the next three months. Together they control about 70% — or $4 billion worth — of Carvana’s unsecured debt. Such a pact could help “prevent creditor fights that have complicated other debt restructurings in recent years,” noted Bloomberg.

Today Wedbush analyst Seth Basham reduced by 89% his 12-month forecast on Carvana stock — echoing Morgan Stanley’s November call that it could hit $1. According to Bloomberg, Basham wrote, “These developments indicate a higher likelihood of debt restructuring that could leave the equity worthless in a bankruptcy scenario, or highly diluted in a best case.”

Meanwhile, investors have dumped Carvana bonds which have fallen below 50 cents on the dollar — “an indication that traders believe there is a high probability that they will default,” noted Bloomberg. Meanwhile, Carvana’s $3.3 billion bond due in 2030 has lost nearly half its value — trading at roughly 42 cents — a far cry from the 79 at which it traded in early 2022.

How Carvana Got In So Much Trouble

Carvana has fallen far and fast from its enviable position during the height of the pandemic. As CNBC reported, demand for Carvana’s used car service was robust during the early days of the Covid-19 pandemic as consumers opted for online purchasing rather than in-person visits to dealerships.

Carvana was unable to keep up with the surge in demand and lacked sufficient people to process the vehicles it had in stock. In response, Carvana paid $2.2 billion to acquire ADESA’s physical auction business and a record number of vehicles at very high prices, noted CNBC.

It’s no wonder that Basham has such a gloomy outlook for Carvana.

As he wrote in his ‘Bankruptcy risk rising’ note, “Many (Carvana) bonds have been trading at about 50 cents on the dollar, indicating investors see a high probability of default.”

The yield on Carvana’s notes maturing in 2025 are nearly 11 times higher than for a 5-year treasury note. According to Refinitiv, that 2025 bond yield stands at 39.82% — suggesting that investors are requiring much more compensation for risk than the treasury which yields 3.7171%.

To be fair, it’s not all bad news. CNBC wrote that “a person with knowledge of the situation who is not authorized to speak publicly on the matter who confirmed details of the deal between Apollo and PIMCO downplayed [its] signaling any increased concerns for bankruptcy, citing [Carvana’s] meaningful liquidity runway.”