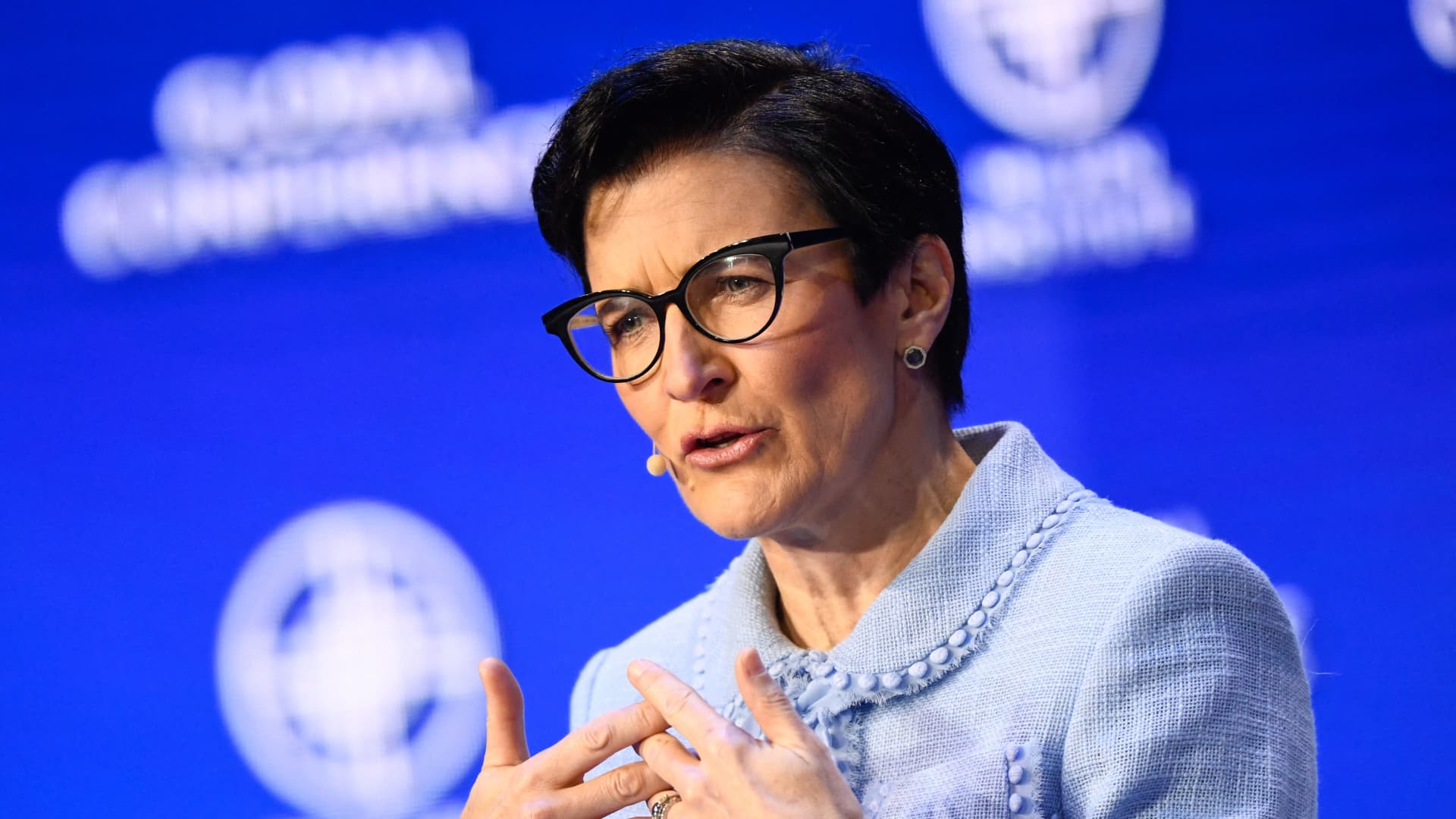 Citigroup on Friday posted second-quarter results that beat analysts’ expectations for profit and revenue as the firm benefited from rising interest rates and strong trading results.

Here’s what the bank reported compared with what Wall Street was expecting, based on a survey of analysts by Refinitiv:

Shares of the company surged 13% in New York trading, the bank’s biggest post-earnings stock gain in more than two decades, according to Refinitiv data.

Profit declined 27% to $4.55 billion, or $2.19 per share, from $6.19 billion, or $2.85, a year earlier, the New York-based bank said in a statement, as it set aside funds for anticipated loan losses. But earnings handily exceeded expectations for the quarter as analysts have been slashing estimates for the industry in recent weeks.

Revenue rose a bigger-than-expected 11% in the quarter to $19.64 billion, more than $1 billion over estimates, as the bank reaped more interest income and saw strong results in its trading division and institutional services business. Net interest income jumped 14% to $11.96 billion, topping the $11.21 billion estimate of analysts surveyed by Street Account.

Of the four major banks to report second-quarter results this week, only Citigroup topped expectations for revenue.

“In a challenging macro and geopolitical environment, our team delivered solid results and we are in a strong position to weather uncertain times, given our liquidity, credit quality and reserve levels,” Citigroup CEO Jane Fraser said in the release.

But not all the news was positive. Like JPMorgan Chase on Thursday, Citigroup disclosed that it is also pausing share repurchases. After last month’s Federal Reserve stress test, some banks were caught with less capital than needed ahead of increasingly stringent requirements. By freezing dividends and pausing buybacks, the banks can stockpile capital to help them hit their targets.

Citigroup will restart buybacks “as soon as it is prudent” to do so, Fraser told analysts.

The firm’s institutional clients group posted a 20% jump in revenue to $11.4 billion, roughly $1.1 billion more than analysts had expected, driven by strong trading results and growth in the bank’s corporate cash management business. Treasury and trade solutions generated a 33% increase in revenue to $3 billion.

Bank stocks have been hammered this year over concerns that the U.S. is facing a recession, which would lead to a surge in loan losses. Like the rest of the industry, Citigroup is also contending with a sharp decline in investment banking revenue, offset by the boost to trading results in the quarter.

Despite Friday’s stock gain, Citigroup remains the cheapest of the six biggest U.S. banks from a valuation perspective. The stock was down 27% in 2022, as of Thursday’s close, when its shares hit a 52-week low.

To help turn around the firm, Fraser has announced plans to exit retail banking markets outside the U.S. and set medium-term return targets in March.

Earlier Friday, Wells Fargo posted mixed results as the bank set aside funds for bad loans and was stung by declines in its equity holdings.

On Thursday, bigger rival JPMorgan posted results that missed expectations as it built reserves for bad loans, and Morgan Stanley disappointed on a worse-than-expected slowdown in investment banking fees.

Bank of America and Goldman Sachs are scheduled to report results Monday.