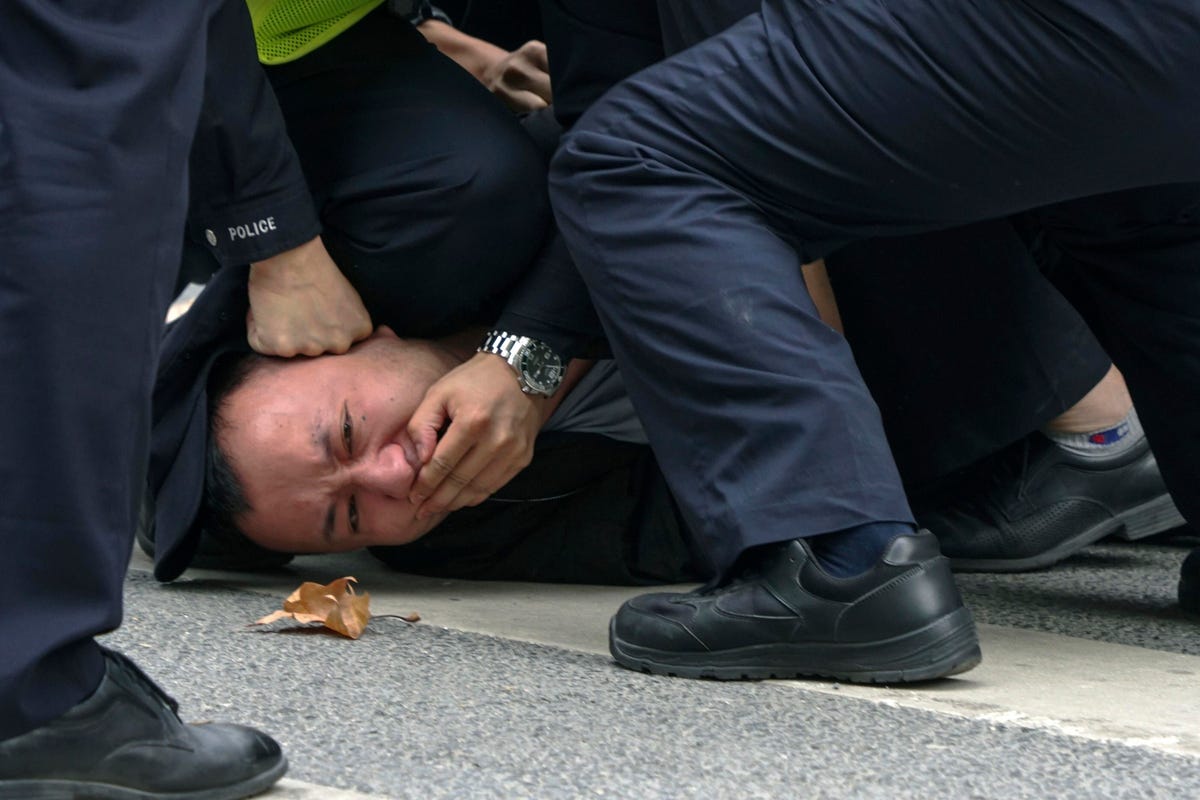 Here is an edited excerpt from this week’s CxO newsletter. If you’d like to get it to your inbox, sign up here.

These are trying times for people living in China – and the companies that operate there. While politicians in most parts of the world have eased restrictions aimed at curbing the spread of Covid, Chinese President Xi Jinping continues to impose a zero-Covid policy that’s kept many urban residents under strict lockdown and was blamed for a tragic apartment fire that sparked widespread protests this past weekend – in which many called for Xi to step down. Yaqiu Wang, a Senior China Researcher at Human Rights Watch, spoke with me to share her insights about the priorities and challenges facing the current regime in China.

This rare outburst of public anger against Chinese leadership has prompted comparisons to the 1989 pro-democracy protests in Tiananmen Square. (There’s even been a modern-day equivalent of the unnamed hero who blocked tanks back then – only this lonely hero unfurled protest banners on a bridge close to where Communist Party leaders were about to approve a controversial third 5-year term for Xi.) Although Beijing has clamped down on political protests in places like Hong Kong and the northwest Xinjiang region, where it has been accused of genocide against Uyghur minorities, authorities haven’t faced mass protests in their own backyard.

Comparisons to Tiananmen Square can only go so far as China is now a very different place. The poor and largely isolated country that Deng Xiaoping led in 1989 has transformed to be a global supply-chain hub and the world’s second-largest economy. Instead of rolling out the tanks for a televised massacre, authorities can target dissenters with facial recognition technology and other tools that activists are also trying to deploy to make sure those who spoke out don’t simply disappear. Corporate enthusiasm over opportunities to profit from the world’s most populous country has evolved into widespread wariness over stolen trade secrets, exploitive labor laws, unfair competition and other costs of engagement.

More than two-thirds of the foreign direct investment now flowing into China comes from Hong Kong, much of which is mainland capital that’s transferred to the “autonomous” Special Administrative Region and then reinvested as FDI to take advantage of tax breaks and other incentives—a practice known as “round-tripping.” The most recent survey of China’s business climate by the American Chamber of Commerce in China found U.S. member companies reducing investment because of Covid restrictions, trade tensions and other concerns. Pandemic lockdowns could cut production targets for Apple’s new iPhone 14 Pro by nearly 6 million units

End Of A “Golden Era”

Meanwhile, U.K. Prime Minister Rishi Sunak said in a speech this week that the “golden era” of relations with China had to end as close economic ties had proved to be naive. “China poses a systemic challenge to our values and interests,” said Sunak, pointing to legislation that made it easier to block deals like China’s proposed takeover of chipmaker Newport Wafer Fab. On Tuesday, the U.K. government announced it was investing 700 million pounds ($839 million). in a new nuclear power plant off England’s coast, displacing China General Nuclear Power Co.’s 20% stake in the project.

Chinese companies are facing equally harsh scrutiny and consequences in the U.S. While Donald Trump may have talked tough on China, Joe Biden has inflicted more pain. In May, Secretary of State Antony Blinken accused Beijing of undermining the rule of law, adding that, Xi had allowed “the ruling Chinese Communist Party has become more repressive at home and more aggressive abroad.” Washington just banned the import or sale of telecommunications and video equipment from Huawei and several other Chinese suppliers. Chinese companies have been forced to open their books as a condition of remaining listed on U.S. stock exchanges,

Then there’s TikTok, the Chinese-owned app and platform of choice for Gen Z that now boasts 1.5 billion monthly active users. Rep. Mike Gallagher (R-WI) wants to ban it as “digital Fentanyl addicting our kids.” My colleague Emily Baker-White recently talked about her string of eye-opening exclusives about its relationship with Beijing-based parent ByteDance.

To be sure, no side is blameless here. Xi has argued that Washington is weaponizing trade through sanctions, tariffs and unilateral bans. Meta’s actions in Myanmar deserve as much scrutiny as TikTok’s impact on Americans. We also can’t forget that the genesis of these political protests is a public-health emergency in which China had been praised for taking seriously in a way that U.S. authorities did not.

But paranoia rarely inspires good judgement. As with political opposition, Xi seems obsessed with not just managing coronavirus but stomping it out. Such a reckless and fruitless pursuit has come at a heavy cost to his people and his country’s economic health. China’s leader had an opportunity to rebuild economic ties and cooperation on issues like climate change after an upbeat G20 meeting. Instead, his heavy-handed crackdown on legitimate protests now threatens to further erode trust in China.

Republicans tear into Biden’s ‘lies’ as he repeats misleading claims

The Beatles’ 1st TV Appearance in the U.S. Wasn’t ‘The Ed Sullivan Show’