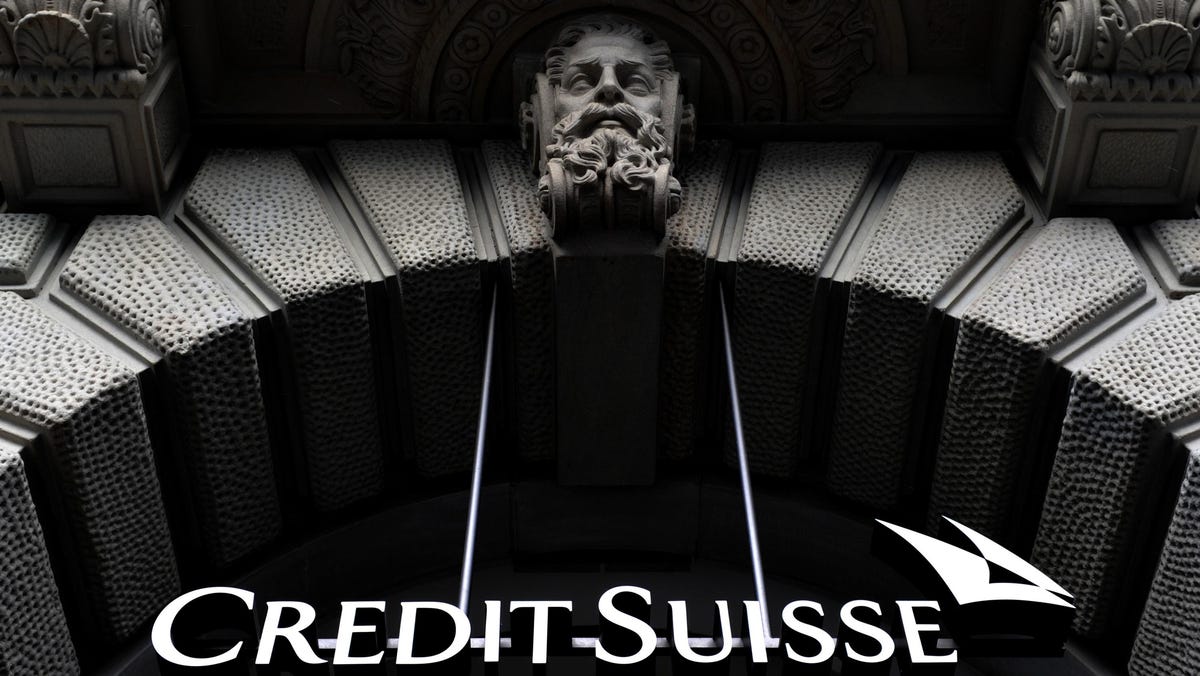 Credit Suisse stock fell as much as 5% on the New York Stock Exchange Monday morning to a record low of $3.41—pulling shares of Switzerland’s second-largest bank by assets down more than 65% this year; over the same period, the Dow Jones U.S. Banks Index has fallen 14%.

The rout comes after the bank issued a bleak fourth-quarter profit update, warning last week it expects to post a loss of up to $1.6 billion (1.5 billion Swiss francs) as clients continued to cash out of the bank, with wealth management assets falling by 10% since the end of last quarter and overall assets down 6%.

The announcement further fueled investor fears that the outflows are leading to a big drop in liquidity, which has fallen below some regulatory requirements, but the bank has sought to temper concerns by raising about $5 billion through two bond sales earlier this month.

“In short, Credit Suisse is starting to act like a bank that’s about to go under,” analyst Tom Essaye of the Sevens Report said in a recent note, pointing to the bank’s recent downgrades at ratings agencies Fitch and Standard & Poor’s as further signs of “financial deterioration” at the company.

In a weekend interview, the head of the bank’s Swiss unit, Andre Helfenstein, said some customers have withdrawn money, but “very few have actually closed their accounts,” though he lamented employees have suffered from “a certain level of fatigue and sometimes frustration,” amid the bank’s suffering performance.

“Put simply, Credit Suisse has had a litany of scandals and trading losses over the past several years, and it’s all caught up to them,” says Essaye, pointing out the bank was at the epicenter of two of the biggest sudden financial firm collapses in the past few years. Credit Suisse incurred a $10 billion loss after the bankruptcy of fund partner Greensill Capital last year, and lost another $5.5 billion after the collapse of hedge fund Archegos Capital.

Amid the turmoil this past year, Credit Suisse, which boasted profits of more than $1 billion in past quarters, has posted losses for four consecutive quarters. In order to help curb costs, the bank, which employs more than 50,000 people, said late last month it would cut about 9,000 jobs by the end of 2025, and the firm replaced its CEO in July. In an email last month, new chief Ulrich Körner urged employees to not confuse the company’s “day-to-day stock price performance with the strong capital base and liquidity position of the bank.” At the end of last quarter, the bank managed nearly $1.5 trillion in assets.

In 2009, Credit Suisse commanded more than $78 billion in market value. It’s now worth less than $9 billion.