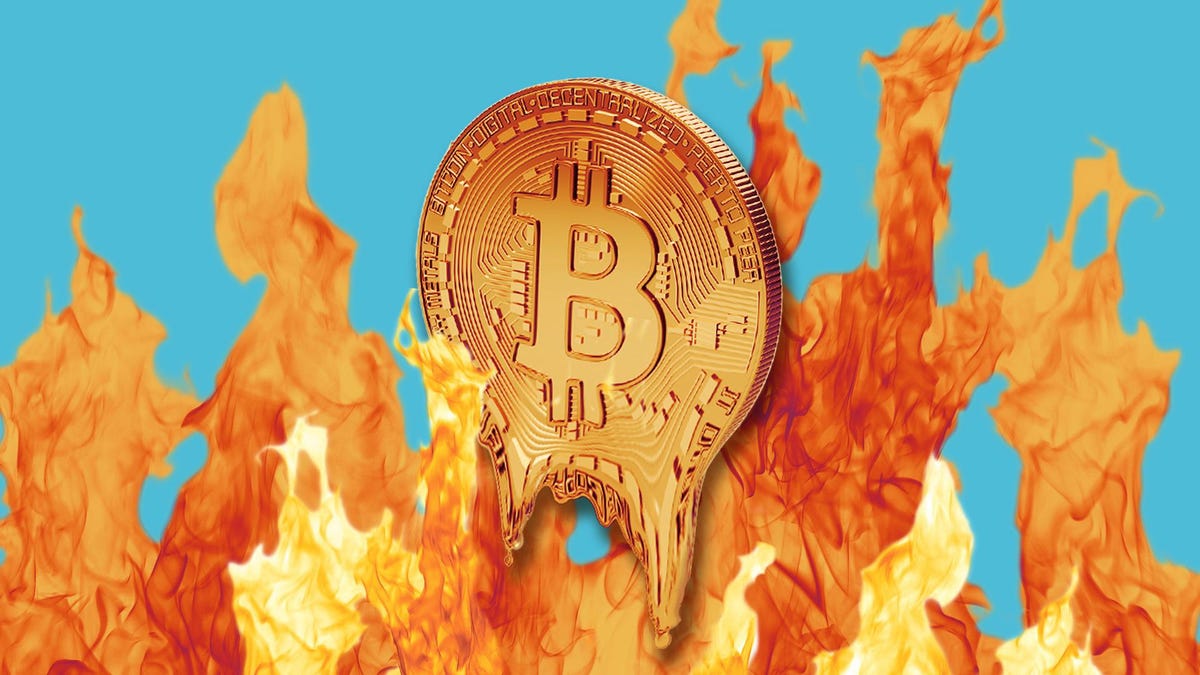 Not all the blockchain billionaires are surviving the harsh conditions.

It’s been a cold crypto winter for blockchain backers, builders and HODLers (crypto speak for patient investors). That goes for the people at the top too.

America’s wealthiest crypto tycoons have lost billions of dollars over the last year as Bitcoin plummeted from over $50,000 to under $20,000, shares of exchange Coinbase plunged more than 75% and the total market value of all cryptocurrencies halved, from about $2.2 trillion to under $1 trillion, according to data from CoinMarketCap.

Last fall, a record seven crypto billionaires made The Forbes 400 list of the richest people in the U.S. This year, only four remain. The quartet are worth a collective $27.3 billion. Last year’s seven were worth $55.1 billion.

Things weren’t supposed to go this way. Crypto asset values and public recognition of crypto reached new heights last year, as Bitcoin hit a high of $69,000 in November and capital gushed into NFTs and ‘Web3’ projects. 2022 was supposed to be crypto’s year.

Instead, the sector has nosedived. The collapse of prominent crypto projects – including stablecoin Terra, hedge fund Three Arrows Capital and lenders Celsius Network and Voyager Digital – has rocked the industry. Fear, compounded by inflation, rising interest rates and a broader market selloff, has dampened investor enthusiasm.

Amid the meltdown, some U.S. crypto moguls emerged as industry saviors. Others ‘bought the dip.’ And a few have taken up head-scratching new hobbies.

Here are the four U.S. crypto billionaires who made this year’s Forbes 400, and those who fell short.

For the wealthiest person in crypto, the slump has presented opportunities. In June, his FTX exchange loaned $400 million to BlockFi, which included an option to acquire the embattled crypto lender outright for up to $240 million. (BlockFi was valued at $3 billion pre-slump.) That same month, FTX’s U.S. arm bought Canadian crypto exchange Bitvo, while another of Bankman-Fried’s companies, trading firm Alameda Research, loaned around $500 million to Voyager Digital, yet another struggling crypto lender (which later filed for bankruptcy). No matter: A leaked investor presentation last month revealed FTX ended 2021 with some $2 billion in cash on hand, and sources familiar say that Bankman-Fried is preparing to make more acquisitions.

In addition to becoming crypto’s lender of last resort, Bankman-Fried has kept busy building his profile in Washington. He’s been lobbying the Commodity Futures Trade Commission to allow FTX to directly clear derivatives transactions without intermediaries. He’s also made waves as a political donor, pledging to spend between $100 million to $1 billion during the 2024 election season on candidates that support “sane governance.”

Bankman-Fried’s right-hand man, 29-year-old Gary Wang cofounded both Alameda Research and FTX, where he serves as chief technology officer. Though he keeps a lower public profile than Bankman-Fried, he’s been no less instrumental in the company’s rapid ascent. Wang owns about 16% of FTX, which is based in the Bahamas (where he and Bankman-Fried now live) and about 16% of FTX’s U.S. arm.

Wang is an MIT grad who previously worked at Google, where he built systems to aggregate prices across millions of flights.

The cofounder and chairman of crypto payments firm Ripple’s net worth has plunged, with XRP, Ripple’s native token, down about 75% since last year, and Larsen and Ripple continuing to fight Securities and Exchange Commission allegations that Ripple’s XRP issuance was an unregistered securities offering.

In January, the company bought back shares from Tetragon Financial Group, which had invested in Ripple’s Series C financing round in 2019 but sued Ripple for its money back after the SEC allegations became public.

While Larsen has refrained from public statements on the SEC lawsuit, he’s been a vocal proponent of making Bitcoin more environmentally friendly. The 62-year-old regularly tweets and appears on podcasts to discuss the topic, which is hotly contested among Bitcoin diehards.

The crypto downturn is hitting his Coinbase hard. One of the largest U.S. crypto exchanges, the company relies on trading to generate fee income–and trading is way down. Quarterly transaction volume on Coinbase was $227 billion last quarter, compared to $547 billion in Q4 2021. In June, Coinbase laid off 18% of its staff. Armstrong warned last month that the crypto winter could last between 12 to 18 months.

Still, Armstrong is holding on. He hasn’t sold a single share of Coinbase–which he took public on the Nasdaq stock exchange in April 2021–even as the stock’s cratered 76% since last year’s list. Armstrong has been careful to maintain Coinbase’s goodwill with regulators over the years, but he recently blasted the U.S. Treasury’s sanctions on Tornado Cash, an open source software that allows Ether investors to conceal their identities. Coinbase is helping fund a lawsuit against the Treasury, and in a blog post, Armstrong said the agency had “exceeded its authority” in imposing sanctions.

These crypto moguls are still billionaires, but fell from the Forbes 400 rankings this year.

Cameron and Tyler Winklevoss, the twin brothers who famously sued Mark Zuckerberg and plowed their settlement money into Bitcoin, are now worth an estimated $2.2 billion apiece as the value of their believed crypto holdings – mostly Bitcoin, Ether and Filecoin – has plunged.

Also hurting: Gemini, the twins’ crypto exchange. Trading volume is down an estimated 50% from late 2021, when the company raised $400 million from VCs at a $7.1 billion valuation. On June 2, the same day Gemini laid off 10% of its workforce, the Commodities Futures Trading Commission sued Gemini, alleging the company made “false or misleading statements” about its proposed bitcoin futures product. (The company has denied wrongdoing; Tyler described the allegations as “nuts” while Cameron labeled them “nonsense”.)

The Winklevii, apparently unbothered, spent the summer taking their cover band, Mars Junction, on tour, stopping at small music venues across the country. Some critics have blasted the stunt (one compared their performances to “rich guys doing bad cruise ship karaoke”). The twins have defended their newfound craft: “When you play covers, you’re judged against the recording,” Tyler explained to The New York Times in July. “It’s a tough thing.”

The long-time blockchain pioneer known for founding Mt. Gox (the first-ever Bitcoin exchange) and cofounding Ripple sold the last of his XRP stash earlier this year, fulfilling the terms of a 2014 separation agreement he struck with Ripple after falling out with his Larsen and other early execs. McCaleb has made over $2 billion in estimated post-tax income from his XRP sales.

He also holds an estimated 1 billion Lumens, the native cryptocurrency of blockchain project Stellar, which he founded after leaving Ripple. Late last year, McCaleb turned his attention to a new realm: outerspace. He says his new company, Vast, is “building artificial gravity space stations to expand humanity across the solar system.”

Ehrsam cofounded Coinbase with Brian Armstrong in 2012. He left the company in 2017, but remains a board member, and now leads the crypto-focused investment firm Paradigm Capital. The 34-year-old grossed around $370 million in estimated post-tax income from selling Coinbase stock last year, before prices fell. Then, in May, Ehrsam bought around $77 million of Coinbase shares on behalf of Paradigm, buying the dip.

Ehrsam insists the crypto downturn is temporary. “One thing most people don’t fully grasp: it takes years, often decades, to go from a new infrastructure-level technology breakthrough (like crypto) to a vibrant ecosystem of mainstream applications,” he tweeted in June.