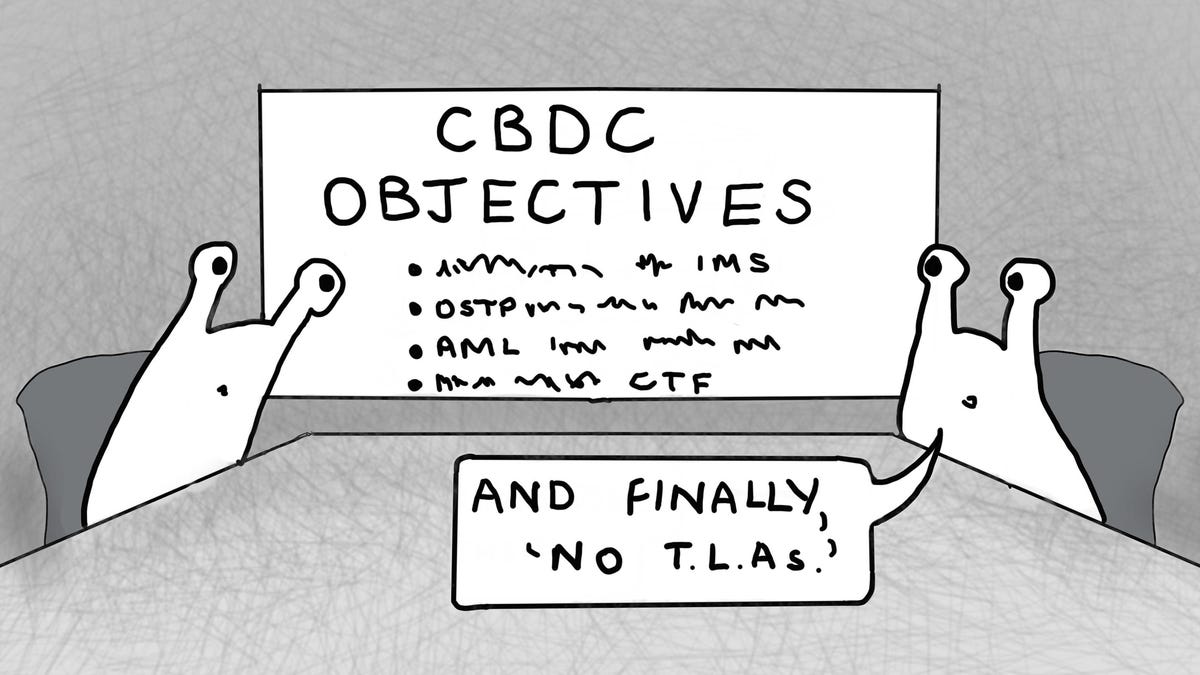 President Biden’s March 2022 Executive Order on “Ensuring Responsible Development of Digital Assets” was, as the Financial Times said at the time, short on policy detail but it did include an order for the Director of the Office of Science and Technology Policy (OSTP) and the Chief Technology Officer (CTO) of the United States submit a report on central bank digital currency (CBDC) to the President. This report on the “Technical Evaluation For A U.S. Central Bank Digital Currency System” has just been published.

The report (spoiler alert) doesn’t make any recommendations as to what a U.S. CBDC should look like and whether it might involve blockchains or whatnot, but instead sets out some choices and their likely impact on architecture. The document sets out eight policy objectives. It says that a “FedCoin” should:

I think that final point is really interesting. I am not qualified to comment on the environmental values, but I am (I think) qualified to offer an opinion on the OSTPs view that the system should maintain privacy and protect “against arbitrary or unlawful surveillance.”

Not Even Apples And Oranges

Without rehashing all of the arguments about anonymity, I will only say that the bogus comparison between electronic cash and physical cash that often begins discussions about CBDC privacy often leads to calls for anonymity that would be disastrous.

CBDC should indeed be private, but not unconditionally anonymous. Any argument says that electronic cash should emulate the privacy characteristics of physical cash is wrong, because electronic cash and physical are fundamentally different things. They are not even apples and oranges, which are at least both kinds of fruit. Other than the use of the word “cash”, physical cash and electronic cash have nothing in common.

So what do then? The answer is to make security and privacy part of the solution. There is no need to dwell on the necessity of security. Security is a fundamental. If we cannot keep information secure, then we cannot possibly keep it private and it makes no sense to talk about the privacy requirements for insecure data. Insecure data is in principle data that everybody can see and therefore cannot in any circumstances have any meaningful privacy. So we need a CBDC that keeps transaction data secure.

We want that secure data to be private. No sane person wants anonymous electronic cash whether from the central bank or anyone else. The idea of giving criminals and corrupt politicians, child pornographers and conmen a free pass cannot be sound. Saying that cash is anonymous, so therefore electronic cash should be anonymous makes absolutely no sense, since (as noted) they are entirely different propositions. Similarly, it cannot be right for every transaction to be public, or to be tracked, traced and delivered up to the government, the police, advertisers or pressure groups. Neither of these absolutes makes sense.

The priority for the industry must therefore be to inform debate and engage with stakeholders to help them to understand the trade-offs across the different technological options for meeting the objectives set out in the OSTP report. For example, as a fan of pseudonymity as a means to raise the bar on both privacy and security, I am very much in favour of exploring this line of thinking, similar to the FATF updated guidelines: So long as someone knows who a counterparty is (eg, Citi) then it is not necessary for everyone (eg, a foreign government) to know who a counterparty is.

Technology gives us ways to deliver appropriate levels of privacy into this kind of transactional system and to do it securely and efficiently within a democratic framework. In particular, new cryptographic technology gives us the apparently paradoxical ability to keep private data on a shared or public ledger, which I think will form the basis on new financial institutions (the “glass bank” that I am fond of using as the key image) that work in new kinds of markets.

We now have zero-knowledge proofs, blinding, homomorphic encryption and many other tried and tested techniques that can use to keep data private in normal circumstances but that can reveal it in special circumstances, such as the production of court order. Let’s be optimistic about the privacy apples and put the anonymous oranges to one side.