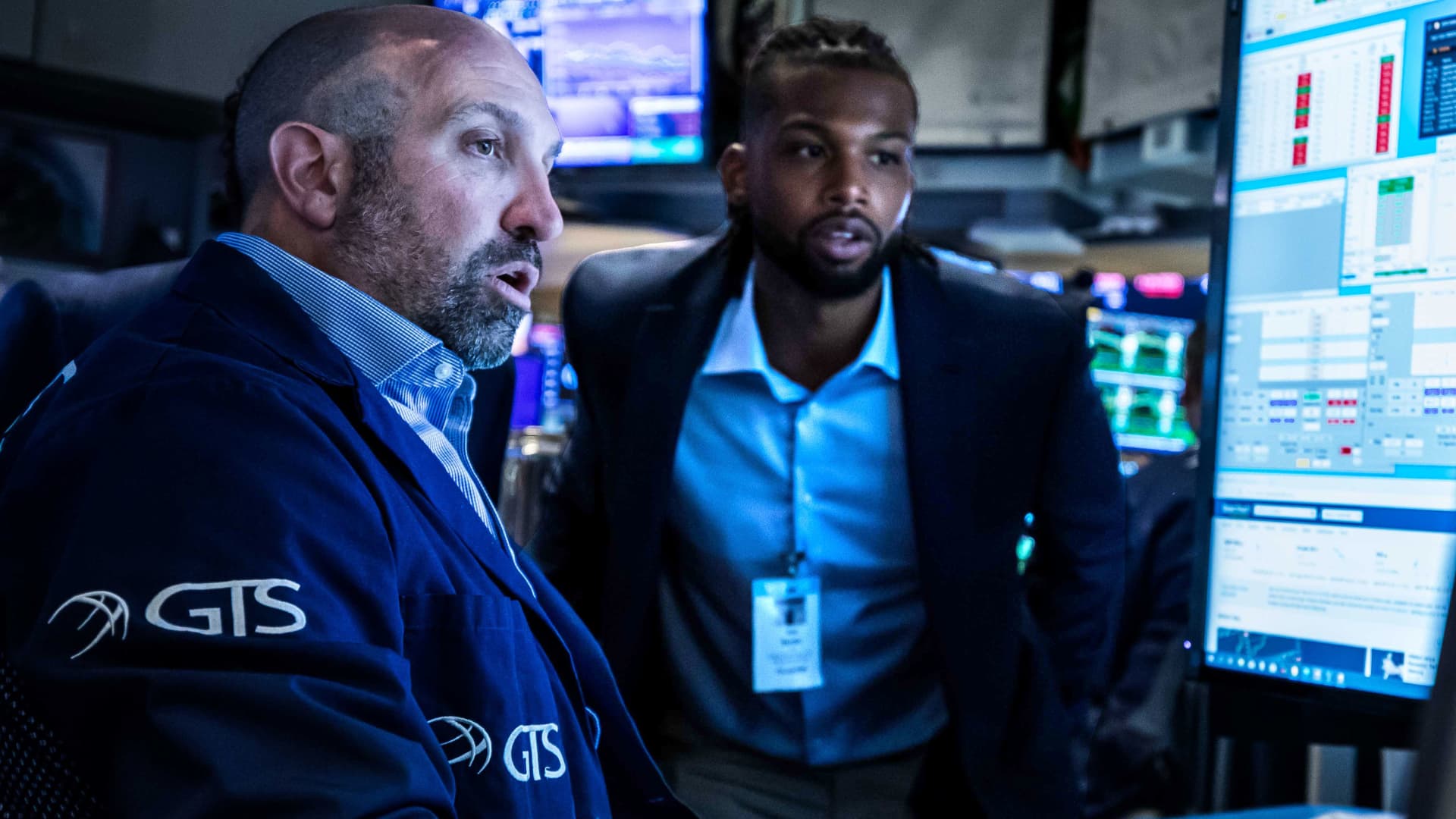 Stocks slipped on Wednesday after June inflation data came in hotter-than-expected, contributing to growing fears that the Federal Reserve will get more aggressive in its fight to tame rising prices.

“There’s no spinning this, other than the Fed has to get more aggressive near term and crush demand. That cements a recession now, ” said Liz Ann Sonders of Charles Schwab. “I think a recession is an inevitability.”

The consumer price index rose 9.1% on a year-over-year basis in June, coming in even higher than May’s 8.6% reading, which was the biggest increase since 1981. Economists surveyed by Dow Jones had anticipated an 8.8% print.

Core CPI, which excludes food and energy prices, came in at 5.9% and above the 5.7% estimate.

All major S&P 500 sectors declined on Wednesday, with the exception of consumer discretionary boosted by gains in tech. Shares of Boeing, Dow and Walgreens slid more than 1% each, dragging the Dow into negative territory.

Along with the inflation report, investors continued to monitor second-quarter earnings for clues into the health of U.S. companies. Delta Air Lines shares dropped 6.3% after posting mixed results.

Amid the news, United and American Airlines dipped 2% and 5%, respectively. Struggling cruise stocks Norwegian, Royal Caribbean and Carnival each fell about 2%.

June’s hot inflation reading could prompt the central bank to hike another 75 basis points during this month’s meeting or raise expectations of an even larger increase to tame surging prices. Last month, the Fed raised its benchmark interest rate three-quarters of a percentage point to a range of 1.5%-1.75% in its most aggressive hike since 1994.

“The core is chugging along at a frightening clip,” said Michael Schumacher at Wells Fargo.

Fed funds futures are now pricing in an 81 basis points rate hike for July. That would indicate that some in the market expect a rate hike of more than 75 basis points, and 100 could happen, he added.

“With core running this strong, the Fed can’t ignore that. This is a bad number,” he said.

Wednesday’s hot inflation reading left many investors questioning whether inflation has in fact reached its peak. Headline CPI was up 1.3% and core CPI rose 0.7% on a monthly basis, compared with estimates of 1.1% and 0.5%, respectively. Monthly rental costs climbed 0.8% in June, the biggest increase since April 1986.

“This could be the peak print,” Jeremy Siegel, professor of finance at the University of Pennsylvania’s Wharton School of Business told CNBC’s “Halftime Report” on Wednesday. “I mean look what’s happened, that was when gasoline was over $5 a gallon. It’s come way down so the energy part will be much lower when we get the July print, but really, I think most of our inflation is behind us.”

Treasury yields and the dollar surged after the report. The 10-year rate added 7 basis points to trade at 3.03%, while the 2-year jumped 11 basis points to 3.16% before paring back those gains as the euro fell below parity with the U.S. dollar.

Fears of a recession have climbed as inflation rises. Bank of America economists said Wednesday they are forecasting a mild recession later this year as real GDP growth declines and anticipate that the unemployment rate will jump to 4.6% in 2023.

During the first quarter, GDP declined by 1.5% and it is expected to fall 1.2% in the second, according to the latest estimates from the Atlanta Fed’s GDPNow tracker. By definition, two consecutive quarters of negative GDP is often considered a recession.

“It could be the case that we’re in a recession, but a very mild one,” said Cliff Corso, president and chief investment officer at Advisors Asset Management. “We are heading to a recession, it could very well just be a mild recession because we’re starting from a decent place,” since consumers still have excess cash as a cushion.

Whether that recession is enough to bring inflation down to the Fed’s target of 2% will remain in focus, he said.

Along with negative GDP, the cost of borrowing continues to rise. At the same time, job growth remains strong with the latest data showing a 372,000 increase in nonfarm payrolls last month, according to the Bureau of Labor Statistics. Real wage growth is rising, albeit at a slower pace than inflation, which could spell further trouble for the economy.

“We really need to restore price stability to get inflation back down to 2%, because without that we’re not going to be able to have a sustained period of maximum employment where the benefits are spread very widely and where people’s wages aren’t being eaten up by inflation,” wrote Wolfe Research’s Chris Senyek.

In other news, investors are looking ahead to results from major banks including JPMorgan and Morgan Stanley slated for Thursday.

News: THE MOST ACCURATE FLIGHT EMISSIONS DATA IS NOW AVAILABLE VIA CIRIUM SKY