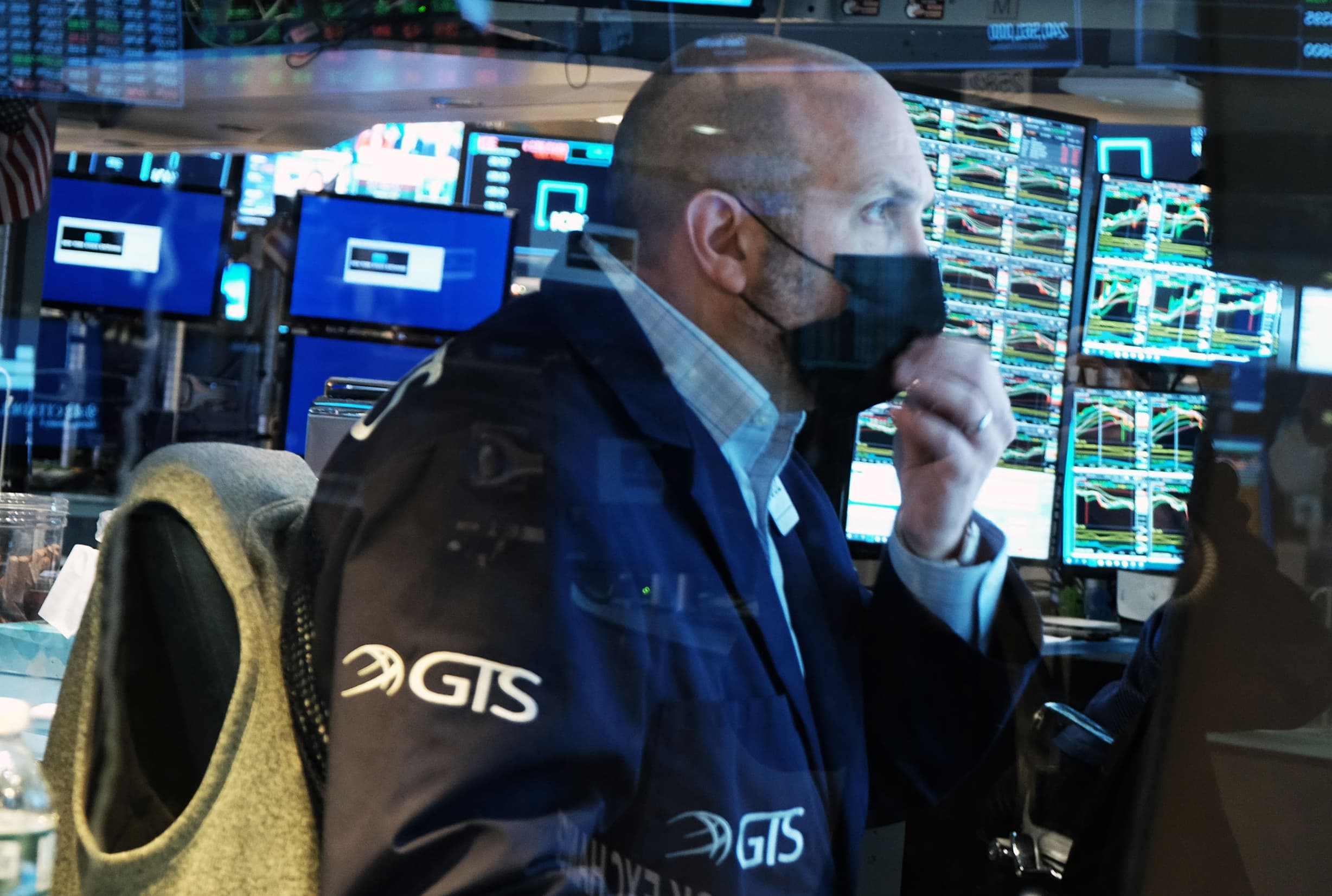 The Dow Jones Industrial average rose for a second day to start 2022 as investors bet on the kinds of stocks that would benefit from a robust economy this year despite the omicron threat.

Losses in tech shares that were big winners last year like Nvidia and Tesla, weighed on the broader market.

Investors this week have been betting the economy could overcome the latest surge in Covid cases, which  topped 1 million in the U.S. on Monday. That optimism boosted interest rates and divided the stock market on Tuesday.

On the winning side in the session were stocks like banks, which stand to benefit from the rise in rates. JPMorgan Chase, American Express and Goldman Sachs were among the biggest gainers in the Dow.

Ford Motor was the biggest gainer in the S&P, up more than 11% after the company opened orders this week for its F-150 Lightning electric pickup truck, which it had previously shut down due to an overwhelming response. The company also announced plans to nearly double its production plan to 150,000 annually.

On the losing side in the session were tech names with high valuations as investors rotated out of that sector as rates increased. Tesla, fell about 5% after jumping 13% on Monday and ending 2021 with a roughly 8.5% gain. Nvidia, which ended 2021, down almost 3%, fell Tuesday by 4.4%. Cloud companies CrowdStrike and Okta lost 5%.

Bond yields jumped for a second day as investors digested growing evidence that the omicron variant of Covid-19 may be less of a material drag on global growth that many initially anticipated.

“We believe there is further upside for stocks, despite a strong run so far,” wrote JPMorgan equity strategists led by Mislav Matejka in a note Tuesday. “The new variant is proving to be milder than the prior ones.”

“We continue to see gains for earnings, and believe that consensus projections for 2022 will again prove too low,” they added.

Elsewhere, cruise operators continued their rebound, with shares of Carnival Corp and Norwegian Cruise rising roughly 2%. Airline stocks were also higher as part of the reopening trade. American and United Airlines rose about 2%.

The major averages rose Monday to start the new year, with the Dow and S&P 500 notching record closing highs. The Nasdaq also gained more than 1%, led by Tesla’s jump and Apple climbing. The iPhone maker on Monday became the first company to reach a market cap of $3 trillion.

“Optimism on global economic growth and earnings momentum reviving since mid-December continued to grow in the first day of the New Year,” said Jim Paulsen, Leuthold Group chief investment strategist. “Those stocks most closely tied to better economic growth did the best [Monday] but were joined by new-era sectors including technology and communications.”