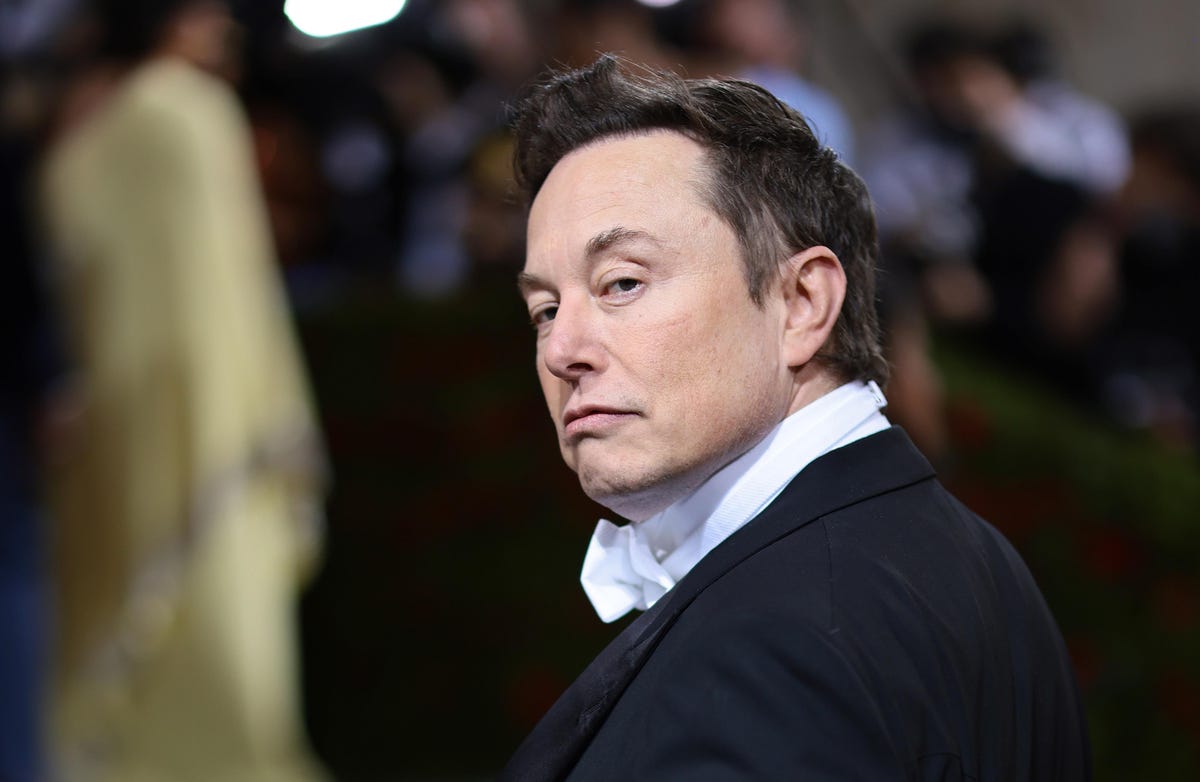 Fourteen months after he first dethroned Jeff Bezos as the world’s richest person, the Tesla and Twitter chief lost his crown Wednesday–at least briefly. But it isn’t Bezos that he has to blame.

On September 27, 2021, Elon Musk overtook Amazon’s Jeff Bezos as the world’s richest person for the first time. “I’m sending a giant statue of the digit ‘2’ to Jeffrey B., along with a silver medal,” the Tesla chief emailed Forbes when reached for comment that day.

Fourteen months later Musk lost that lofty title and slipped to number 2 in the world, as of 10:50 AM EST Wednesday. But it wasn’t Bezos who took the crown. For a brief window late Wednesday morning, the world’s richest person was Bernard Arnault of French luxury goods conglomerate LVMH.

But was his reign at the top very short lived? Around 12:30 pm EST, Musk regained the number one spot. The two men’s fortunes are nearly the same – separated by less than $1 billion – so it won’t be surprising if they continue to flip flop in Forbes’ rankings of the world’s wealthiest.

Shares of LVMH ticked up on Wednesday but are largely flat for the year. Arnault owes his (temporary) status as the world’s richest person mainly to the dramatic collapse of Tesla’s share price this past year. The Tesla CEO’s net worth peaked at $320 billion in November 2021, after car rental giant Hertz announced a large order from the electric vehicle maker. It’s since fallen more than $130 billion including several billion just today.

It’s been a year of mixed results for the company to which Musk owes most of his fortune. But the stock has performed horribly. Tesla shares are down nearly 50% for the year. That’s nearly 20 percentage points worse than the tech-heavy Nasdaq as a whole. Musk, who owns nearly 25% of Tesla between stock and options, is now worth 43% less than his peak in November 2021.

Since it reported record revenue and profits in the first quarter of 2022, unlocking options for Musk then worth $23 billion, Tesla’s performance has been hampered by supply chain issues, particularly due to China’s zero-Covid policy. Deliveries declined for the first time in two years during the second quarter and while the company beat analysts’ adjusted earnings per share expectations in Q2 and Q3, it reported revenue misses both quarters. But the company has Musk’s $44 billion Twitter takeover mostly to blame for its sliding stock price, having lost nearly half of its value since the acquisition was first announced on April 14.

From mid-April to early November, Musk sold Tesla shares worth $19.3 billion (pre-tax), presumably to finance the acquisition, applying downward pressure to the electric vehicle maker’s stock. He appears to have been the biggest seller of any stock in 2022. Plus, Tesla investors’ fears that Twitter would be a distraction for Musk have also proven to be well founded. With tech stocks sinking, Musk spent nearly half a year trying to find a way out of the Twitter acquisition, but was finally forced to close the deal in late October. He’s since assumed the role of micromanaging CEO, quickly implementing a number of changes to the platform that were met with swift backlash from both users and advertisers. Chief among them: charging $8 per month for account verification and scaling back Twitter’s content moderation.

While Twitter is likely now worth far less than the $44 billion Musk agreed to pay in April, the acquisition itself hasn’t dented his fortune too much just yet. After acquiring nearly 9% of the company at a discount in the public market before delinquently making his intentions known, Musk managed to secure $8.1 billion of equity commitments from a group of investors that included Twitter cofounder and former CEO Jack Dorsey. Then, he saddled the company with $13 billion of debt to finance his estimated 82% stake, keeping it off his personal balance sheet.

Those maneuvers have mostly offset the estimated 40% decline in the value of Twitter since April. But that wasn’t enough to fend off Arnault on Wednesday. Whether the Frenchman can hold onto his spot at the top is another question.