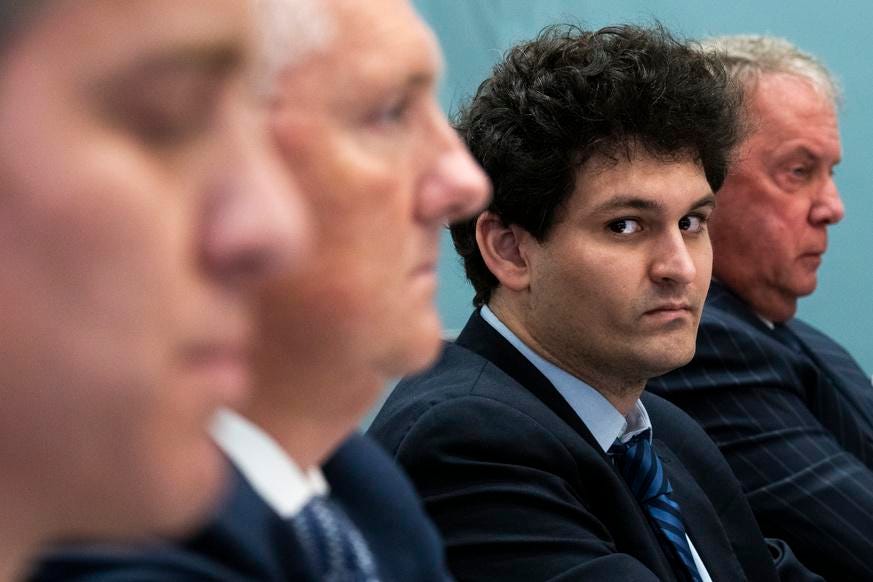 Discussing crypto assets can be confounding and infuriating because so many people are in so deep in different ways that they try to talk around each and every disaster. They fall into three general classes.

Some are the true believers, like Cathie Wood of ARK Investment Management, who puts her faith in the technology—“it has not skipped a beat”—even though the problems are almost always people, not technology. As a corporate security expert told me years ago, when a company loses money to fraud, it’s usually done by an insider. These people often mean well and think things will work out somehow, although history proves otherwise (more on that in a moment).

Then there are the people who should have known better. This isn’t unusual. Look at all the wealthy people who are supposed to know better but put money into Theranos without sufficient due diligence, or who parked their fortunes with Bernie Madoff because they wanted to believe that someone could consistently beat the odds. Some of the biggest investors in FTX as Forbes noted this month: storied VC firm Sequoia Capital; Singapore’s sovereign wealth fund Temasek; the Ontario Teacher’s Pension Plan, one of the largest in the world; billionaires Paul Tudor Jones, Daniel Loeb and Israel Englander; and investment firms SoftBank and Tiger Global Management.

With this group, it’s not that they are see a halo around the concept, but around a promise of money. These are the smart money folk who show that greed can make them as stupid as anyone else. At this point, they’re either not talking or trying to explain away how it really did make sense. On a recent conference call, as Bloomberg reported, Sequoia apologized to their investors.

“Although partners on the call were conciliatory, they also defended the due diligence they conducted on the deal,” Sarah McBride wrote at Bloomberg. “They said staff reviewed financial statements and asked on multiple occasions about the relationship between FTX and Alameda Research, a trading firm that Bankman-Fried also founded and which reportedly borrowed and lost FTX customers’ money.”

Then there are the con artists who see crypto as they saw subprime mortgage-backed securities, dot com companies that were above having to consider revenue and profits, pump-and-dump penny stock schemes, and so much else as a way to separate people from their money. What else are they going to do, admit it was all a pile of non-composted fertilizer?

Can blockchain, the umbrella technology enabling cryptocurrencies, work? Yes, it can and has. But that’s different from saying that an insufficiently regulated, controlled, disciplined, and professional sector can operate and provide more benefit to the world at large than they costs it can levy.

At this point, anyone considering speculating in the field—because this isn’t investing—should look remember a few things.

The idea of independent currencies should scare off anyone who might wish to say, “But this time it will be different.” The country has had long stretches of independent currencies that don’t readily interact or connect with one another. One reason Sam Adams became as radical as he did in the 18th century was because his father was involved in a private currency scheme, the royal government at the time in Massachusetts broke the attempt, the father lost his wealth, and the younger Adams went from living a privileged life as a Harvard student to one of the charity cases there, forced to wait on his classmates.

When you have separate currencies, you can’t guarantee that having wealth in one allows you to purchase what you need at a given moment. Yes, you can exchange one type of crypto for another, that is if the exchange you use doesn’t suddenly collapse into the dirt. A central bank can’t bail out an institution slipping into insolvency because it’s not going to hold all types of crypto.

And to have supporters claim on one hand that decentralized crypto ensures the privacy of what people want to do and then say that these are all safe because it’s easy to trace who did what is pretty humorous.

It’s understandable that people want to build wealth quickly. And some manage to do it. Then again, most don’t. Wealth builds over time. It’s a process that takes a lot of time. When someone offers you an express ticket, take the local instead.