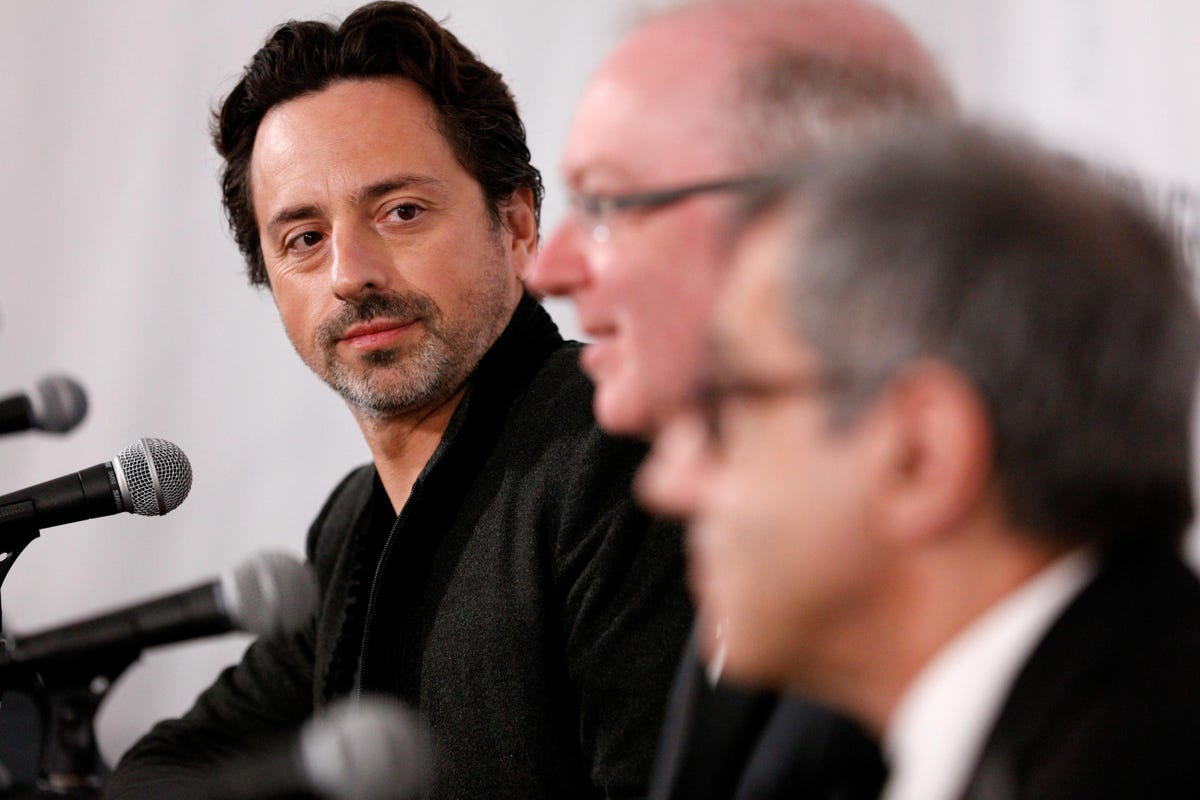 A dozen years ago Google cofounder Sergey Brin disclosed in a rare interview that he has a much higher chance of getting Parkinson’s disease than the general population, due to a genetic mutation. Since then, without fanfare, Brin–now the world’s 12th richest person, worth $78 billion, per Forbes–has quietly become the largest individual donor to Parkinson’s research, with a heavy emphasis on advancing basic science.

Forbes has learned that to date, Brin has funneled $1.1 billion to fund research of the disease, according to people familiar with his philanthropic giving. That makes him one of just a few people alive today to have donated more than $1 billion toward a specific disease.

Parkinson’s disease, which causes tremors, slow movement, stiffness and difficulties in balance, and can progress slowly over many years, affects 10 million people worldwide–more than a million of whom are in the United States. The annual economic burden in the U.S. alone is estimated at $58 billion, with a little less than half of that tied to the cost of medications and hospitalization, and the remainder due to non-medical costs like missed work, lost wages, forced early retirement and the cost of caregiving, according to a report commissioned by the Michael J. Fox Foundation and the Parkinson’s Foundation.

Over the past dozen or so years, there have been intriguing new discoveries about Parkinson’s. Researchers have identified about 20 genes associated with the disease, including a mutation in the LRRK2 gene–which both Brin and his mother have; she was diagnosed with Parkinson’s more than a decade ago. In the past eight years, 18 new drugs for Parkinson’s have been approved; while none of them slow or halt the disease, they do help manage symptoms, says Deborah Brooks, CEO of the Michael J. Fox Foundation for Parkinson’s Research.

In 2017, Brin’s philanthropic team–which at that point had donated more than $200 million toward Parkinson’s research–decided to shift toward funding basic research in a new, meaningful and coordinated way. They created an entity called Aligning Science Across Parkinson’s (ASAP for short) and tapped Randy Schekman, a Nobel laureate and UC Berkeley professor of molecular and cell biology, as scientific director, and Ekemini Riley, a PhD in molecular medicine, as managing director. For Schekman, the role has a strong personal connection. His wife was diagnosed with Parkinson’s when she was 48, and declined slowly over two decades; she died in 2017. “It’s an awful disease,” says Schekman. “When my wife died I thought, ‘What better could I do with my life?’”

Together, Schekman and Riley came up with a framework that awards grants of up to $9 million over three years to collaborative teams of researchers around the globe, including lead investigators who have not studied Parkinson’s before–plus experts in stem cells, cancer immunotherapy and more. The first grants were awarded in 2020.

“ASAP is looking to fill the discovery gaps,” says Riley. “We’re working to accelerate the pace of discovery and inform the paths to cure Parkinson’s disease.” Rather than fund drug discovery or clinical trials, the ASAP grant money is for basic research. “We need new clues that will give us new targets that have not yet been the subject of the pharmaceutical industry,” explains Schekman. Todd Scherer, a neuroscientist and the Chief Mission Officer at the Michael J. Fox Foundation, predicts that Parkinson’s will have targeted therapies for sub-populations of the disease. “You need to pair the drug development work with a greater understanding of the basic science,” he says.

Altogether, the ASAP Initiative is backing 35 research teams in 14 countries supported by $290 million in funding. And the effort will likely continue for the rest of this decade. Research papers are required to be published in open science journals that require no subscription fee to access; all work done by teams is shared internally. In April, nearly 200 ASAP-backed researchers convened in the Bahamas for the first group-wide in-person meeting; discussions about their research began right away, while some were waiting for the hotel shuttle bus.

Dario Alessi, a biochemical engineer at the University of Dundee in Scotland, leads an ASAP-funded team that is investigating the LRRK2 gene, which he says is linked to 1%-2% of Parkinson’s cases. He spoke to Forbes in early December while in San Francisco; he and five colleagues from his university had flown in to spend three days working with their team members at Stanford University, led by cell biologist and biochemist Suzanne Pfeffer.

“This is probably the biggest experiment with Parkinson’s disease certainly in the history of science,” Alessi says of ASAP. “It’s a once in a lifetime opportunity to really throw the kitchen sink at the problem and really do everything you can possibly dream of doing.” That’s partly due to the generous funding, he explains–his lab has been able to double to six the number of people devoted to LRRK2 research. But more important, he says, is the network. “Each lab has a small set of expertise. I’ve always thought that to make really big progress, it’s important that you bring labs with complementary expertise together working in a truly collaborative manner.” Traditionally, academic science has been a more siloed enterprise. Brin’s ASAP team is betting that bringing new people together–including early career researchers as well as veterans–will lead to breakthroughs.

The Brin Family Foundation’s key partner with ASAP is the Michael J. Fox Foundation, the largest foundation in the country focused on Parkinson’s research and advancing care. It is named for the popular 61-year-old actor, who has been living with Parkinson’s disease for three decades. The grant money to ASAP researchers is distributed through the Fox Foundation. Brin also donates to the Fox Foundation’s other efforts, including the Parkinson’s Progressive Markers Initiative, a study launched in 2010 that gathers data from volunteers, both those with and without Parkinson’s and from people who have risk factors for Parkinson’s including loss of smell and REM sleep behavior disorder–in which people punch and kick in their sleep.

Some might question the amount of funding going to one subset of Parkinson’s –LRRK2– with the same genetic mutation as the field’s biggest individual donor. But experts push back on that. “In my opinion, genetic forms of Parkinson’s – though rare – really provide the best opportunity to solve [the disease],” says Beck of the Parkinson’s Foundation. “I do not think Brin’s emphasis on LRRK2 has so upset the balance of overall [Parkinson’s] funding that other potential causes of [the disease], genetic or otherwise, have been left by the wayside.”

Brin’s generous funding of Parkinson’s research is part of an American tradition. “There is a fairly long history of major donors giving to support a particular disease, going back to the Rockefeller Foundation’s focus on yellow fever and hookworm,” notes Phil Buchanan, president of the Center for Effective Philanthropy. The John D. Rockefeller-funded Rockefeller Foundation worked in the early part of the 1900s to combat hookworm in the U.S. and also developed a vaccine to control yellow fever.

But only a few individuals have ever given $1 billion or more to a specific disease. The Leona M. and Harry B. Helmsley Charitable Trust–funded by the late real estate billionaire Harry Helmsley (d. 1997) and his wife—has committed more than $1.1 billion since 2008 toward Type 1 diabetes. And The Bill & Melinda Gates Foundation–funded by billionaires Bill Gates, Melinda French Gates and Warren Buffett, has given nearly $5 billion to date toward eradicating polio, and recently pledged another $1.2 billion to the cause. Now Brin joins that small number of really big disease-specific givers.

For many billionaires, giving large sums of money away is a badge of honor they are happy to discuss. Not so Brin. “He’s not secretive about his commitment to Parkinson’s in any way. He’s just unusually low key and not a self promoter around it,” says the Fox Foundation’s Brooks, who first met Brin more than a decade ago, at a dinner with former Intel CEO Andy Grove, who had Parkinson’s and was an engaged donor to the Fox Foundation. Perhaps not surprisingly, Brin declined to comment for this article.

While Brin wholly supports the Parkinson’s research efforts, he doesn’t get overly involved in the details. ASAP’s Schekman says he’s met Brin just once, and that’s just fine. “Ekemini [Riley] and I and now [ASAP deputy director] Sonya [Dumanis] have built what we think is a fairly unique approach. It’s made even more powerful by the rather hands off position of Mr. Brin. The way he operates is he picks people and he gives them trust,” says Schekman.

Outside of ASAP, Brin’s philanthropic team also makes some donations to other researchers, including those working on projects that could serve Parkinson’s patients sooner. At Stanford University, Dr. Peter Tass, a neurosurgery professor, has developed gloves that deliver a stimulus to the fingertips and in a pilot study reversed Parkinson’s symptoms in some patients. One man with Parkinson’s who needed a cane to walk wore the gloves and was able to walk normally after just hours; he soon recovered his sense of smell and taste, and months later ran his first marathon. Brin’s team is talking to a potential partner to help Tass get his invention to market faster.

The dollar amount of Brin’s giving toward Parkinson’s has ticked up in recent years, primarily to fund the ASAP teams. This year, Brin has donated $225 million toward Parkinson’s, including a $43 million gift to the Michael J. Fox Foundation, according to a person familiar with his philanthropic giving. Last year, Brin’s donations to Parkinson’s hit $233 million; of that, the Sergey Brin Family Foundation donated $101 million to the Fox Foundation. For context, those figures come close to the amount that the U.S. National Institutes of Health spends annually on Parkinson’s: an estimated $263 million in the fiscal year through September 2022, and $254 million in the prior fiscal year. The difference: most of Brin’s donations go toward basic research, while a significant percentage of the NIH funding goes to clinical and translational research—per its mandate.

Brin has done some of his giving via the Sergey Brin Family Foundation, but also donates shares of Alphabet stock, and makes donations from donor-advised funds, according to a person familiar with his philanthropy. Forbes estimates that two thirds of the $1.1 billion in Parkinson’s donations were made via gifts of stock or from donor-advised funds.

What’s next? Brin’s philanthropy team has already taken the ASAP collaborative-funding model and applied it to other areas of his giving. In September, the Sergey Brin Family Foundation and two other wealthy families announced a $150 million, five-year effort to jumpstart research in Bipolar disorder. Up next: a similar effort to advance research into autism.