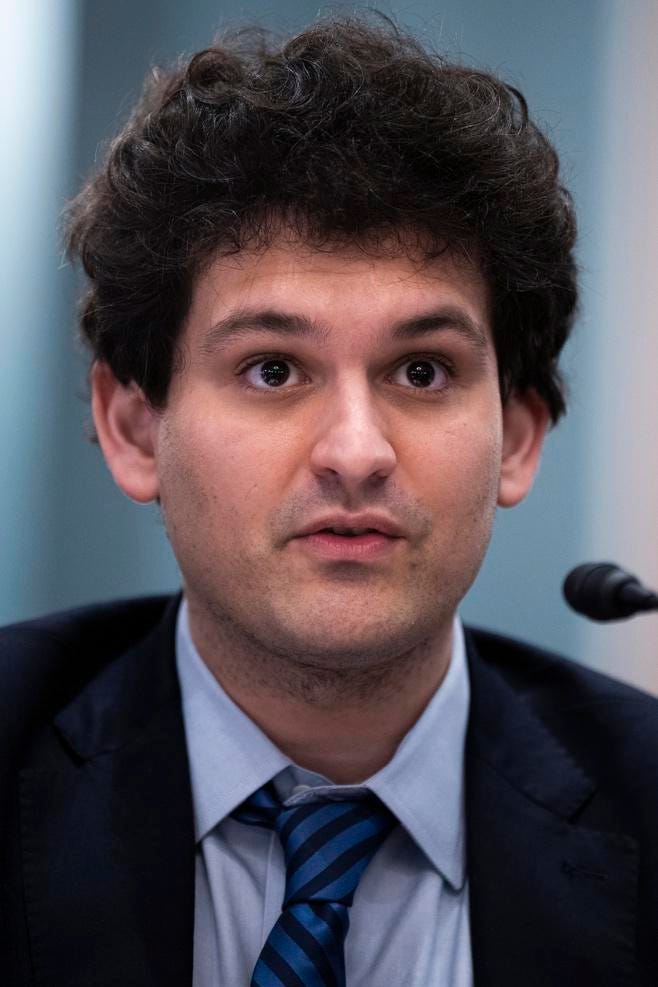 Apparently, the collapses of Three Arrows Capital, crypto exchange FTX, and other crypto-related businesses were not enough to put institutional investors off of cryptocurrency. Data from Bitstamp reveal that registrations by institutional investors rose 57% in November — when the collapse of the crypto exchange FTX was front and center in the news headlines.

Now a month later, allegations about funds from investors in Bankman-Fried’s hedge fund, Alameda Research, being commingled with funds from FTX investors continue to pour out. One crypto hedge fund manager with no exposure to FTX suggests Bankman-Fried could be the Bernie Madoff of the crypto world.

In an interview with ValueWalk, CK Zheng of digital assets hedge fund ZX Squared noted that the crypto markets follow cycles just like other traditional assets. In each cycle, something goes wrong, including some “crazy things.” He believes we’re in the late stages of the crypto winter as he expects the de-leveraging process to wrap up soon.

Zheng also notes that with every cycle, something has happened with bigger players. He also offered some suggestions about why FTX, in particular, collapsed, pointing to Bankman-Fried’s charisma as a sort of mesmerizing force for cryptocurrency.

“Obviously, there are a lot of reasons behind it, and it’s shocking, obviously, the way they did it,” he says. “A 30-year-old that people think is a visionary and a genius, but clearly, when the truth eventually comes out, it’s really mind-boggling. He is basically a Madoff of the crypto world that happened, literally, in a short period of two or three years. Madoff did it over 30+ years, and the sad news is that there’s so many reputable investors who get fooled by a 30-year-old individual.”

What really happened with FTX and Alameda?

He even went so far as to say that Bankman-Fried appeared to be a scammer. CK finds the way Bankman-Fried talks to be particularly interesting. Of course, he noted that the FTX co-founder is probably very intelligent, based on the way he told the story of his crypto exchange to sophisticated investors, presenting himself well.

Zheng also highlighted the allegations that FTX funds were commingled with the funds invested in Bankman-Fried’s hedge fund, Alameda Research. He noted that FTX was the second-biggest crypto exchange, adding that commingling the funds from both entities was “ridiculous.” Additionally, he says that this issue occurred with “a twist,” using a coin issued by FTX itself as collateral. He found the situation to be “even more bizarre compared to the traditional finance space.”

In an interview with The New York Times during the DealBook Summit on Nov. 30, Bankman-Fried claimed that he “unknowingly” commingled funds” between Alameda and FTX customers. The issue came to light when CoinDesk questioned Alameda’s balance sheet, noting that much of it consisted of FTX’s native crypto token, FTT.

Those tokens reportedly landed on Alameda’s balance sheet when FTX loaned more than half of its customer funds to the crypto hedge fund, which then allegedly used those funds to place bets on other cryptocurrencies and support other struggling crypto firms.

The problem with corporate bankruptcies

The real problems began when Binance founder Changpeng Zhao announced his intention to sell the billions of FTT that Binance held, which sent the token plummeting. Initially, it looked like Binance might come to FTX’s rescue, but after the initial review, it discovered that the hole was too big. FTX’s bankruptcy filing indicated that it had $10 billion to $50 billion in liabilities.

“The issue there is mind-boggling, given there’s 130+ legal entities that FTX is doing all sorts of business without really good control,” Zheng opined. “I’m sure there’s going to be a lengthy legal process to sorting things out. There’s like a million-plus users. Their assets are frozen in FTX today, and you basically have a liquidator who has managed Enron, the liquidation that era. To repeat the process here today, it’s going to take a long time to sort out.”

He added that there’s not much FTX customers can do. They just have to wait until the bankruptcy is sorted out, similar to what happened in the Enron and Lehman Bros. bankruptcies. Zheng notes that it took a decade to sort everything out in those cases.

In addition to fooling many investors, numerous venture capital funds and other institutional investors had invested in FTX, including some well-known and highly respected firms. Among those taken in by Bankman-Fried were Third Point Ventures, Sequoia Capital, Tiger Global, Altimeter Capital Management, BlackRock, SoftBank’s Vision Fund 2, Temasek Holdings, and Lightspeed Venture Partners. Zheng said he’s scratching his head about how so many big names in venture capital were fooled.

“I’m sure they probably do a certain amount of due diligence,” he noted. “The question would be clearly a governance issue. There was no board in FTX. Basically, one person would do most of the management, and it’s hard to imagine when you have a hedge fund embedded in the centralized exchange with the coins issued by themselves, I don’t understand how people in VC miss many of these risks. I think maybe one way to think about it in hindsight is that the crypto market has a lot of wrong-way risk. One thing goes wrong, and many things will go wrong, all together at the same time.”

The ZX Squared chief adds that many people don’t price in these kinds of risks in a bull market. Most venture capital firms invested before the bubble burst, so he suggested that those risks might not have been highlighted or priced in correctly.

“I’m sure there’s many things venture capital firms do, maybe they do a lot of traditional metrics in terms of revenues, growth and all that stuff, but cryptocurrency is very different,” he clarifies.

He added that it’s difficult for those who don’t understand crypto businesses to differentiate one crypto firm from another. Additionally, Zheng points out that certain behaviors “way beyond what a rational person should do,” including some that may not be legal or are done by a bad actor, may be difficult to detect at a very early stage.

Bankman-Fried is accused of being involved in the commingling of investor money between FTX and Alameda Research. However, in an interview at The New York Times’ DealBook Summit last week, he said he was “frankly surprised by how big Alameda’s position [in FTX] was.” In an interview with New York magazine, he added that he hadn’t run Alameda “for the last couple years” and “was not deeply aware of” the hedge fund’s finances.

However, Forbes revealed on Friday that Bankman-Fried had shared with it details of some of Alameda’s major holdings at least five times since January 2021. The discussions reportedly covered questions about his net worth and included details about certain transactions and the numbers of FTT, Solana and Serum tokens Alameda held — as recently as August.

Before co-founding Alameda Research in 2017, Bankman-Fried interned at the proprietary trading firm Jane Street Capital in 2013, returning to work full-time there after graduating from MIT. He owned about 90% of Alameda as of August 2021, another piece of evidence that makes it difficult to think he had no idea what the hedge fund was doing.

Due to his background in investment management, the ZX Squared CIO believes Bankman-Fried probably used a certain amount of traditional strategy to build Alameda.

“I’m sure it grew probably extremely fast, but the one market, especially when Luna and Three Arrows blew up during the second quarter, depends what type of leverage Alameda had at that time, and maybe they get hurt pretty badly at that time,” he said. “Clearly, there’s still speculation. It’s up to the regulators and bankruptcy court to find out what exactly, how much money they lost during the Luna stage, the loss of the market crash at that time, and how much they used customer funds to support their Alameda business.”

Zheng explained how his digital asset hedge fund, ZX Squared, has been able to dodge the many bankruptcies that have swept all parts of the crypto market. They don’t use a platform like FTX. In fact, ZX Squared had no exposure to FTX. Additionally, they only trade bitcoin and Ethereum because they are far more well-established than most of the altcoins.

“We don’t touch any of the altcoins,” he opines. “That’s not transparent to us, how they make their money. We don’t use leverage. We use options to hedge most of the exposure we have. By deleveraging our risk, we actually reduce our risk exposure, and by using options… we can reduce the risk, but by increasing the risk-adjusted return. So we substantially outperformed bitcoin in the last 12 months by 45% or so.”

The use of options has been a well-established strategy in traditional finance for decades, offering CK’s hedge fund protection while trading such a new asset class. He tries to be prudent when trading bitcoin and ether to protect his fund’s investment in the current bear market.

“I still believe this asset class, if you do it appropriately, it’s a fantastic asset class to invest for the long term,” he declares.

“Some people are a good storyteller, but if you just listen to their story without verifying, you tend to get a problem,” he said.

It’s common to find a lot of storytellers with new digital assets that are still in the infancy stage, but until you can verify what they’re saying, it’s just a story.

Michelle Jones contributed to this report.