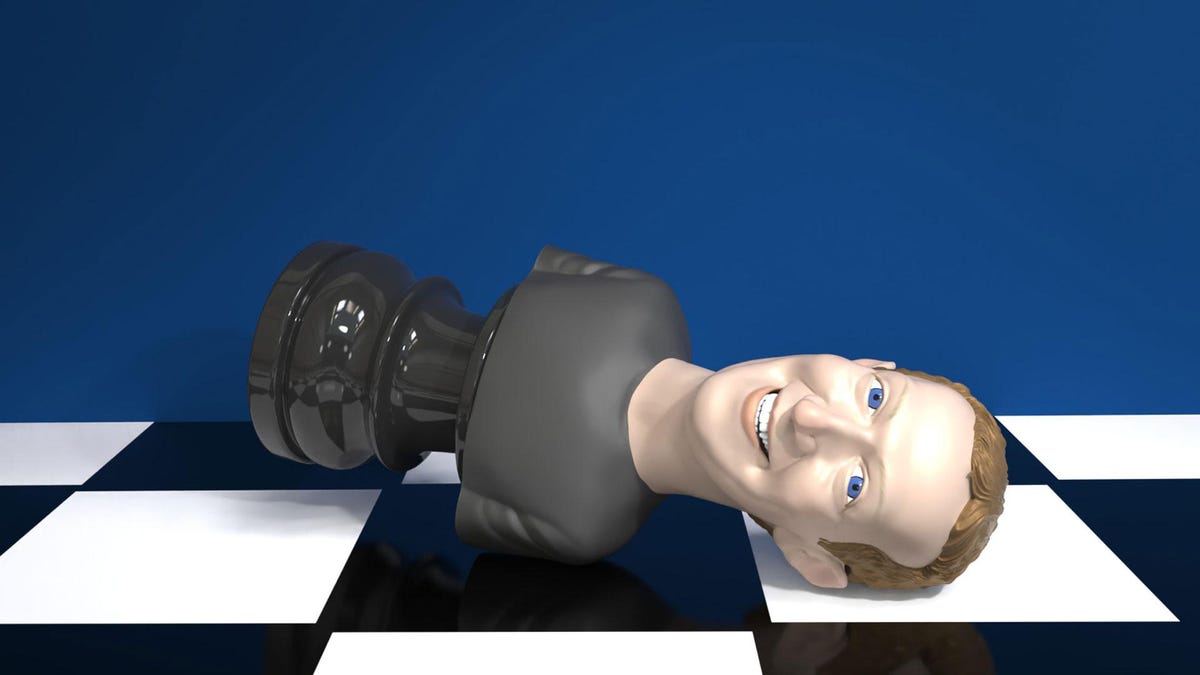 The Facebook CEO has lost more than half his fortune since last year.

For the first time since 2015, Facebook founder Mark Zuckerberg isn’t one of the 10 richest people in America.

Zuckerberg has lost more than half his fortune—a staggering $76.8 billion—since September 2021, dropping him from No. 3 on The Forbes 400 list of the U.S.’ wealthiest people to No. 11. Worth $57.7 billion on this year’s list, which used stock prices from September 2, Zuck trails Walmart heir Jim Walton, former New York City mayor Michael Bloomberg and other tech moguls such as ex-Microsoft CEO Steve Ballmer and Google founders Sergey Brin and Larry Page. No one in America has lost as much money over the past year as Zuckerberg.

Investors are spooked by a privacy policy update from Apple last year that made it harder for tech companies to track users across apps, impacting Meta’s ad sales. Meta reported its first-ever quarterly revenue decline in July–a 1% drop, to $28.8 billion.

“Facebook makes most of its money from advertising, and now it just doesn’t have that data anymore,” says Mark Zgutowicz, an analyst at research and investment banking firm Benchmark. “All those data signals went away, which basically means that advertisers are having trouble telling whether a campaign was successful or not.”

Compounding the problem for Meta, TikTok is luring away advertisers, along with lucrative Gen Z and millennial users. In February, Meta announced its first-ever quarterly loss of daily active users. A recent internal report showed that Meta’s TikTok clone, Instagram Reels, is struggling to compete, according to a Wall Street Journal report.

Under normal circumstances, a slight dip in revenue might be manageable, but Meta is also investing heavily in virtual reality and the metaverse, which is dragging down operating profit. In 2021, the company’s metaverse division, Meta Reality Labs, lost $10 billion. While the metaverse is all Zuckerberg wants to talk about, investors are less enthusiastic so far. “It’s a long tail investment and, for now, it’s kind of a cash suck,” Zgutowicz says.

Zuckerberg first became a billionaire in 2008, just four years after founding Facebook. At 23, he was the youngest self-made billionaire at the time, debuting at No. 321 on The Forbes 400, worth $1.5 billion. By 2011, Zuckerberg’s net worth had increased nearly 12 fold to $17.5 billion.

This year isn’t the first time Zuckerberg’s net worth has taken a dive. After Facebook’s famously disappointing IPO in 2012, Zuckerberg fell from No. 14 to No. 36 on The Forbes 400. But it didn’t last long. The following year, Zuckerberg bounced back and, up until now, his fortune has continued to climb. Despite the litany of controversies and scandals plaguing the company, Facebook’s ad machine had reliably churned out enough money to impress investors, sending Zuckerberg’s net worth soaring to $134.5 billion last year, his highest net worth ever.

Where will he be next year? Nearly all of Zuckerberg’s wealth is tied up in Meta stock, according to Forbes’ estimates, meaning he is betting the company’s long-term prospects–and his enormous fortune–on the metaverse. It remains to be seen if he can move past early stumbles. When Zuckerberg last month posted a selfie in Meta’s new VR social network Horizon Worlds, he was universally mocked. He later admitted the photo was “pretty basic” and promised major updates to the graphics soon. Meta stock is down 8% since then.