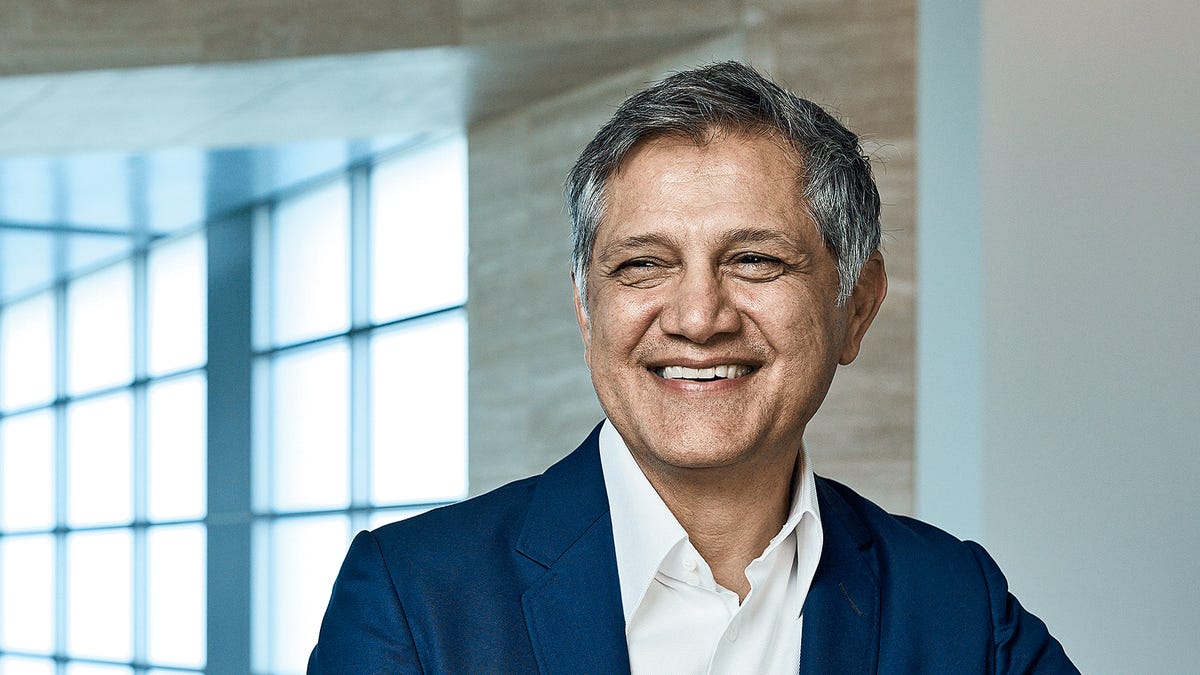 Joe Kiani surmounted overwhelming personal and professional odds to build a better blood oxygen monitoring device. So why should he be afraid to push his scrappy company into consumer electronics, challenging firms 100 times its size?

Joe Kiani had achieved the dream. Masimo Corp., which he founded and runs as CEO and chairman, had carved out a lucrative niche as one of the top makers of pulse oximeters, those fingertip sensors that hospitals use to measure oxygen saturation in patients’ blood. Masimo had made Kiani, who immigrated in poverty to the U.S. from Iran as a child, rich—a billionaire, by Forbes’ reckoning. As an electrical engineer, he took pride in the fact that devices he had personally designed were excellent, commanding a slightly bigger share of the U.S. hospital pulse oximeter market than its chief competitor, Nellcor, which is a unit of Medtronic, a company roughly 15 times Masimo’s size. Together the two companies account for about 90% of sales.

It’s a profitable enterprise, too—last year Masimo, based in Irvine, California, earned $223 million on $1.2 billion in revenue. Amid a rising stock market and bolstered by increased demand for Masimo’s technology due to Covid-19 (low blood oxygen levels being an early warning that the disease is getting worse), the company’s shares climbed 85% from early 2020 through the end of 2021, giving Masimo a market capitalization of more than $16 billion.

Then Kiani decided to complicate the dream. After the market closed this February 15, Masimo announced it was spending just over $1 billion to buy Sound United, a consumer-focused audio, speaker and headphone business that owns brands such as Marantz, Denon, Bowers & Wilkins and Boston Acoustics. The next day, Masimo’s stock plunged 37%, wiping out $5 billion in market value.

Kiani was shocked. “We thought [investors] would say ‘awesome!’ And given our track rec­ord, we’re not going to screw it up,” he declares, perched on an ecru couch in his compulsively neat office. “You know what one of them said to me? Very angry shareholder, big shareholder? ‘Give it back. Don’t buy it.’”

But Mike Polark, an analyst at Wolfe Research in Boston, wasn’t surprised at the negative reaction: “In medtech, focus pays.” At eight times Ebitda, the problem wasn’t that Kiani had overpaid for Sound United. It’s also a healthy, profitable business expected to bring Masimo’s revenue to $2 billion this year, a 67% increase. “The issue for Wall Street is strategic direction,” Polark continues. “Why is Masimo selling over-the-ear headphones?”

The acquisition would instantly render Kiani’s company less profitable. The gross margin on Masimo’s medical device business had been a lofty 65.8%. In commodity consumer electronics, like headphones, 20% is more typical.

The move prompted activist investor Politan Capital Management, a year-old firm led by Quentin Koffey—a veteran of activist investor Paul Singer’s Elliott Management and hedge fund D.E. Shaw—to acquire a nearly 9% stake in Masimo, according to an early August filing. Poli­tan would not comment on its plans, but back in March the firm helped push health insurance firm Centene to replace its CEO.

Precocious teenagers like Joe Kiani are a rare sight on college campuses—and getting rarer. Fewer than 1% of university students in the U.S. are younger than 18. Sixty years ago, that number was six times higher, with “academic redshirting”—parents delaying a child’s entrance into kindergarten to give them a later advantage—not yet in fashion. Back then, “everything was ‘the smarter you are, the faster you should go,’” says Harvard economic historian Claudia Goldin. “Now, it’s the opposite.”

PERCENTAGE OF COLLEGE STUDENTS UNDER 18

Kiani, who has sold more than $500 million worth of Masimo shares since the IPO in 2007 and still holds an 8.5% stake worth $650 million, is betting that medical devices will increasingly merge with consumer electronics. He plans to move Sound United beyond over-the-ear headphones into hearing aids and enhanced earbuds. He thinks people will welcome using them not only to listen to tunes (or boost their hearing) but also to measure their vitals, such as pulse rate and oxygen saturation. Of course, he’s far from the only one with this vision. Garmin sells watches that track your heart rate, blood oxygen saturation and hydration. The latest Apple Watch can notify the wearer of unusually high or low heart rates or irregular rhythms. In September Sony announced it’s getting into the over-the-counter hearing aid market. The only real difference is that those firms are all massive multinationals with decades of experience in the consumer space.

Kiani, 57, has defied the odds plenty of times so far. In 1974, when he was 9, he and his family moved from Iran to Alabama so his father could study engineering. They had no money; for a time, the family of four lived in a housing project in Huntsville. In 1977 the Kianis relocated to San Diego, where Joe’s dad had enrolled in an MBA program. Two years later, when Joe was 14 and his sister 15, their parents went back to Iran for work (his mother was a nurse), leaving the teens to live by themselves. “My sister kind of became the mom,” Kiani says, laughing. “She was tough! I had a curfew.” Kiani graduated from high school at age 15—mostly, he says, because the math he had studied in Iran was advanced, enabling him to skip a few grades.

That same year he joined his sister at San Diego State University, where he studied electrical engineering while working part-time in the dining hall and managing the apartment complex in which he lived. He took every class he could with professor Fred Harris, an expert in the field of signal processing, and in 1987 graduated with a master’s in electrical engineering.

In the late 1980s, while working as an engineer at semiconductor distributor Anthem Electronics, he took a side job designing a low-cost $100 pulse oximeter for a startup. Kiani learned these devi­ces often emitted false alarms, typically triggered when patients accidentally moved their finger.

Armed with knowledge about signal processing and adaptive filters—software to eliminate noise, essentially—Kiani told the startup that he could reduce the number of false alarms. The company wasn’t interested. So in 1989, Kiani, then 24, decided to start his own business, Masimo, financing it with a $40,000 second mortgage on his condo. For two years, he worked nights and weekends in his Southern California garage while holding down his day job at Anthem.

Using an equation he describes as something out of fifth-grade algebra, Kiani worked on a proto­type that kept pulse oximeters working even when patients wearing them moved around or had low blood flow. One place it proved especially critical: the neonatal intensive care unit, given that you can’t tell newborns not to squirm. He patented his idea almost immediately and reached out to four American companies, hoping to integrate Masimo’s technology into their systems. No luck. He had better fortune overseas, making deals with NEC in Japan and several companies in Europe.

HOW TO PLAY IT

Like Masimo, AngioDynamics, based in Latham, New York, makes medical devices—but its products are mostly used to diagnose and restore healthy blood flow in the body’s vascular system. The $316 million (revenue) company is gaining traction with an innovative device known as the Auryon Atherectomy System, which uses solid-state laser technology to vaporize lesions and improve blood flow for the treatment of peripheral artery disease. Other, newer products include the AlphaVac, which helps remove blood clots via minimally invasive surgery, and NanoKnife, used to destroy cancerous tissue without thermal energy. As these products outpace the legacy business of vascular and diagnostic catheters, I expect revenue growth to accelerate to 10% to 12% next year, doubling Ebitda and putting operating profit in the black.

Breaking into the U.S. hospital market proved virtually impossible. Buying groups for clusters of hospitals had already inked exclusive (and lucrative) deals with Masimo’s competitors. In March 2002, the New York Times published a front-page article shining a light on these groups’ buying practices, featuring Masimo as a company with a superior pulse oximeter that was essentially locked out of the market. A month later, Kiani testified before the antitrust subcommittee of the Senate Judiciary Committee alongside the heads of Novation and Premier, two hospital buying groups. “The fact that our primary competitor [Nellcor], who owns more than 90 percent of the pulse oximetry market, can pay group purchasing organizations to exclude Masimo is dead wrong,” he told the senators. Within a month, Premier offered Masimo a contract. Novation followed suit a year later.

Kiani is more than willing to go to battle with much bigger competitors. In 1999 he sued Nellcor (then owned by Tyco) over patent infringement; 10 years later, he lodged a similar complaint against Royal Philips. In 2006 Nellcor started paying Masimo damages and royalties that ultimately totaled nearly $800 million, and Royal Philips forked over $300 million in 2016. Masimo was also paid $45 million as a result of an antitrust suit it filed against Nellcor in 2002.

Next up: Apple, which Masimo has accused of both patent infringement and trade-secret theft. Soon after Masimo launched the first pulse oximeter that worked with a smartphone in 2013, the company got a call from Apple, saying it wanted to talk about working together. Kiani took a meeting at Apple’s headquarters, but nothing came of it. That same year, Masimo’s chief medical officer joined Apple, followed by the chief technology officer from a Masimo spinoff in 2014. Apple filed several patents that Kiani says were based on his technology. Masimo sued in 2020; the case is slated to go to trial next year.

Masimo is working to expand beyond pulse oxi­metry. It has a product that can noninvasively monitor hemoglobin, and it has acquired a German firm, TNI, which makes a respiratory assist device to deliver oxygen to patients with emphysema or chronic bronchitis. Yet an estimated 80% of Masimo’s revenue on the medical side of the business still comes from its core pulse oximetry unit.

During the early part of the pandemic Masimo rolled out a pulse oximeter with a smart wristband tied to a smartphone app that hundreds of hospitals provided to Covid patients, enabling them to do continuous monitoring at home. This August, Masimo launched its first smartwatch: a $499 “Advanced Health Tracking” timepiece that measures oxygen saturation, pulse rate, heart rate, hydration and more. A hospital chain in Saudi Arabia is currently conducting a pilot test. “If it goes well, it goes from a few hundred patients to 80,000 patients,” Kiani says.

Could a medtech company with no consumer brand recognition make headway against consumer heavyweights like Apple and Garmin? Needham & Co. analyst Mike Matson points out that the smartwatch market is huge at $25 billion—and fragmented. “I don’t see them taking share from Apple,” he says. But there could also be a niche for Masimo’s watches for serious athletes—those training for triathlons and marathons and needing highly precise health statistics, for example. Garmin has notched $1 billion in smartwatch sales by focusing on fitness, Matson notes. Kiani says singers, too, are interes­ted in using the watch to measure their hydration level, which affects vocal quality.

“In the consumer world,” he adds, “I believe that the better technology wins. I believe the more committed the entity is, they win. And I’m committed to this.” Then again, so are Apple and Garmin.