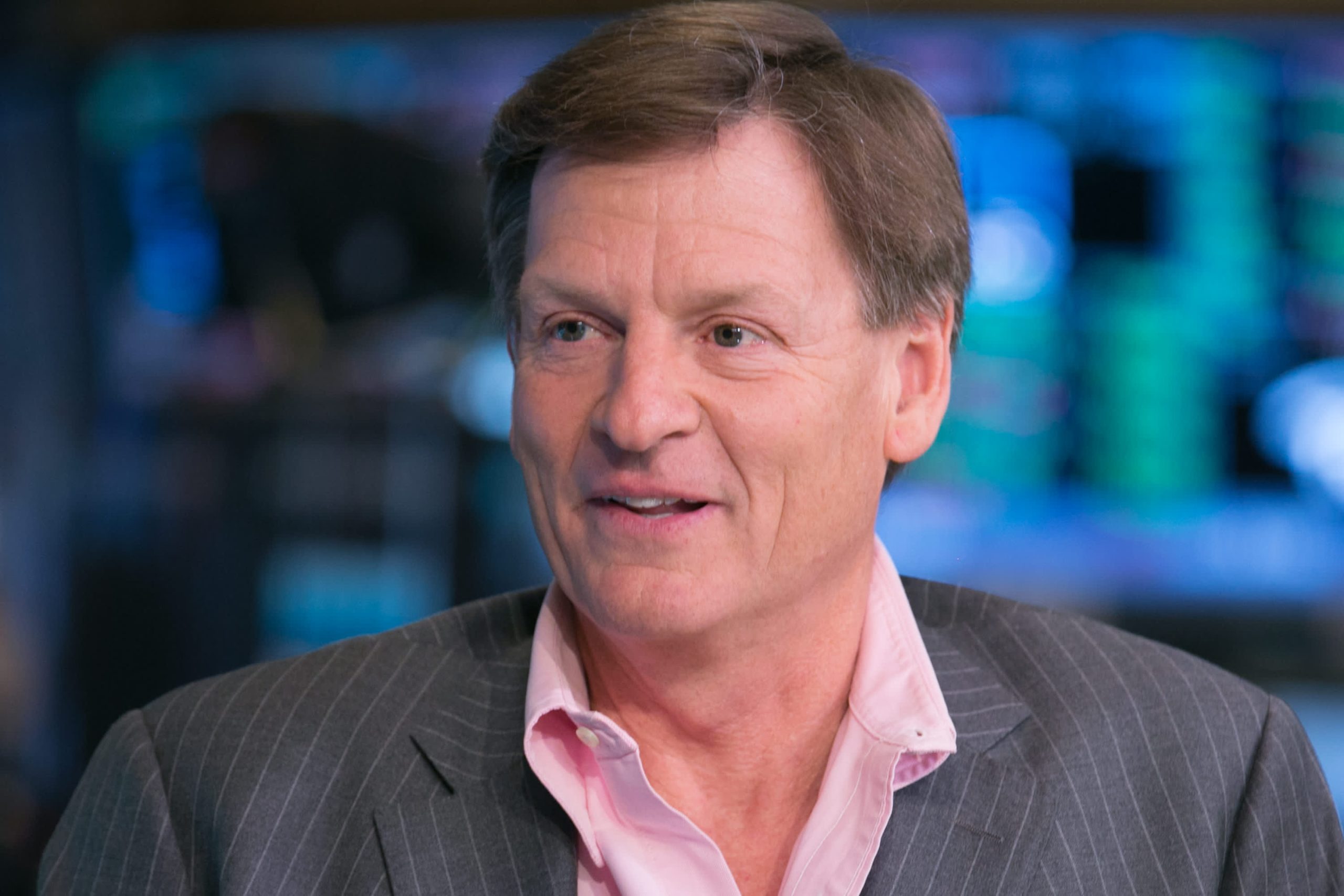 When a 27-year-old Michael Lewis put his head down to write “Liar’s Poker” — the book that ultimately put him on best-selling lists and launched his dazzling writing career — never did he expect it to become required reading on Wall Street.

In fact, he had a different book in mind. The book he initially sold was about the history of Wall Street that ended with his job as a bond salesman at Salomon Brothers, which, in his words, was a little dry. As Lewis started putting his own experience into words, describing hustling on the trading floor in the midst of reckless, dog-eat-dog and frat-boy culture in the late 1980s, he was having so much fun writing it that he knew he had to scrap his original book proposal.

“Liar’s Poker” took the world by storm, but it did have some unintended consequences. Lewis had thought, if anything, the book would discourage the money-minded college generation from working on Wall Street, but it did the opposite. It accidentally served as a career blueprint for business majors and a moral guide of the big money machine.

Lewis said “Liar’s Poker” is still being read more than 30 years later because it was one of the last books to capture an uncensored and unfiltered Wall Street before publicity became a thing.

On Tuesday, Lewis released a new audio edition of “Liar’s Poker,” narrated by himself, as well as a five-episode companion podcast “Other People’s Money.” I talked to Lewis about how Wall Street has — and hasn’t— changed since the original release of the book and why in some ways it’s even worse today.

(The below has been edited for length and clarity.)

Yun Li: Can you talk about your experience writing “Liar’s Poker” and the unexpected feedback?

Michael Lewis: It was just fun to write. It was fun to revisit it all and it was funny on the page. I thought I was writing something that if anything would dissuade a young person from going to Wall Street, but I think it sounded like so much fun, it had the opposite effect. Like any ambition I had with the book having some effect in the world, it wasn’t like “I’m going to bring down Wall Street” — I didn’t even want to. I had almost an neutral feeling about Wall Street. I thought it was not an immoral place but an amoral place. Moral just didn’t matter.

It really bothered me to see this first wave of young people coming out of college feel like they had to go to Wall Street or Wall Street was the very best thing they could do with their lives because the pay was so incredible. For the kind of kid that went to Harvard, Princeton and Yale, Goldman, Morgan Stanley and Salomon Brothers became the next step. And it was insane I thought. You have all these young people who often have very idealistic, passionate, smart and all kinds of possible futures ahead of them and the ability to have all kinds of positive effects on the world, just being sucked into this machine. I thought if I write this book, the 19-year-old me would read it and say, “Aha! now I see what all this is. Yeah you can make money, but it’s kind of silly and I’m going to do what I’m going to do.” In some cases that happened. But overwhelmingly, it found its way into the hands of the 19-year-old me who had no idea what they wanted to do with their lives and this seemed like, “Oh my God, I can not only get rich but be in the middle of this really funny place and it’s exciting to go to work.” It had that effect. It taught me something. When you generate any kind of piece of writing or journalism, you never know how people are going to read it. You may think you wrote one thing, but they read another.

Li: 30 something years later, finance jobs are still some of the most desired in the world. Young people are still drawn to the money, and money is a proxy for success for so many.

Lewis: Something has changed a little bit. I’m watching this now as a parent. One of the things is much more of this knowingness of what Wall Street is. They don’t need “Liar’s Poker” anymore. There is not an illusion that this is like a change-the-world kind of occupation. They know that. The second thing is Wall Street changed in that it doesn’t want the young me anymore. It doesn’t want the liberal arts person who didn’t know what he wanted to do for a career but just happened to have a gift of gab. It’s become so much more techy. It’s competing with the same young kids that Silicon Valley has been competing for and that wasn’t true when I was graduating college. It’s gotten some competition from a different space that’s real.

But you are right that Wall Street still has this grip on the imagination of young people. I found that a lot of people who spend their careers on Wall Street don’t get a lot of meaning from their jobs. They get meanings from other parts of their lives if they are good at it, but the job itself is seldom a calling.

Li: Wall street hasn’t changed much either in some ways. In “Liar’s Poker” and later “The Big Short,” you wrote about mortgage backed securities that ultimately led to the financial crisis. Today, investment banks are selling a record number of blank-check deals, taking companies public that don’t even have any revenue. How do you compare now and then?

Lewis: There is a heightened awareness of appearances and a heightened concern for bad publicity. I would never have been allowed to write this book in today’s environment — to march into a big firm, sit in the middle of it for two and a half years and go write a book about it. I’d have to sign all kinds of non-disclosures. One of the reasons I think this book still gets read is that it’s the last moment where people are behaving as they are without fear of how it’s going to be seen. So Wall Street has gotten a lot better at the cover up, at putting a front up, and that changes behavior. I kind of doubt at any big Wall Street firm, anybody is calling strippers in to strip at their desk or they are slapping women in the a– as they walk by them. That stuff is just not happening.

But I think deep down, the financial behavior, I think it’s worse. I think it’s worse in part because they’ve gotten really good at presenting a polite face to the world. Look, I don’t think Salomon Brothers would have tolerated the risk-taking and the behavior leading to the financial crisis. When I was working on “The Big Short,” a couple of instances where former Salomon traders were the ones who had gone to other firms trying to stop their firms from generating all the sub-prime crap. There was a residue of the old attitude towards risk that existed in the partnership and that’s gone. The pernicious stuff that goes on the financial markets now — the structure of the stock market that I wrote about in “Flash Boys” — is in some ways just worse than it was back then. And it’s bigger.

Li: In terms of the ins and outs of Wall Street, is there anything that is raising your eyebrows right now and you think is worth looking into?

The second is I think in some ways we are living in a parody of Wall Street. The meme stocks, the crypto… it feels like the little people are almost making fun of the big people in their behavior. I find that just high comedy.

The other thing that pops to mind is how different the sums of money are now than they were when I was working on Wall Street. You have people who make billions of dollars a year. Wall Street, which historically had a complicated role in the story of Americans’ social mobility, has become more of an intellectual meritocracy. In the bargain, it’s become more of a tool for preventing social mobility or reinforcing existing status and relations than it is for mixing it up. I think Wall Street is giving rise to even more extreme feelings of unfairness than it did when I wrote “Liar’s Poker.”

Li: Speaking of the meme stock mania, are you rooting for the little guys, the retail investor?

Lewis: Well it’s hard not to root for the little guys, but you don’t want to root for a team that has no chance of winning. It’s a little hard to see how that ends well. But when it’s working, it’s pretty fun to watch. When GameStop is going up, I’m not sitting there scratching my head saying “Oh, this is horrible for capitalism,” I’m sitting there thinking “this is really funny – I hope they keep doing it.”