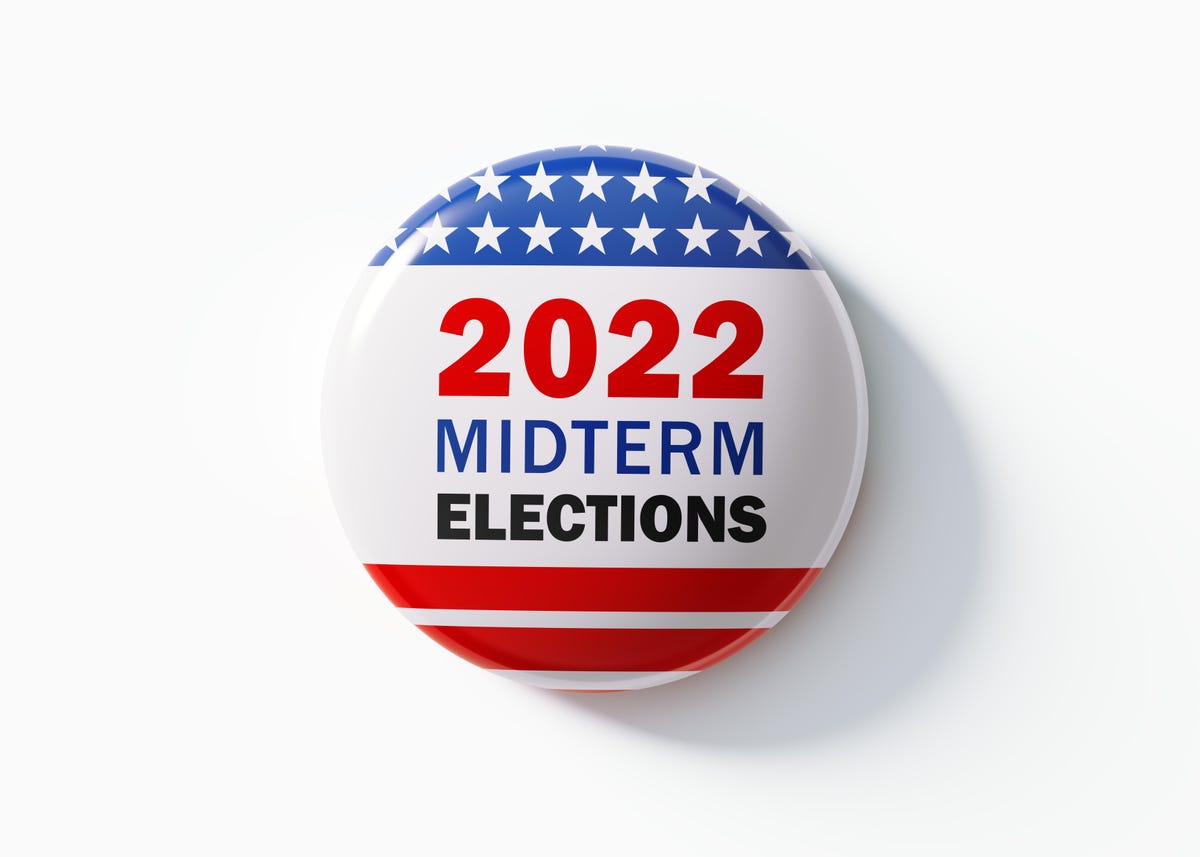 With the midterm elections only about a month away, it is worth considering the implications of any change in government control. This analysis will strive to be non-partisan since investors would be wise to eschew party politics when selecting investments. Some were concerned when President Trump was elected, and the S&P 500 had a total return of almost 24% in the next year. Likewise, the stocks had a total return of over 40% in the year after President Biden’s election in 2020. Too many other factors impact the stock market to attribute the performance to one person, regardless of party affiliation, especially since the government also has two legislative branches.

Interestingly, the stock market in 2022 has generally followed the downward path typical for a midterm election year since 1962, according to Dan Clifton at Strategas. The S&P 500 is down slightly more than the typical 19% intra-year decline, but the news improves if stocks stick to the script. Stocks have historically bottomed in October and rallied by an average of almost 32% in the next twelve months. Clifton notes that stocks have been positive in the year after every midterm election since 1942!

Mark Twain is credited with saying, “History doesn’t repeat itself, but it does rhyme.” There are reasons to be concerned that the rhyme with the past might not be as good as one would prefer. A recession has not begun in the third year of a presidential cycle back to 1929. This fact and luck probably help explain the lack of a down 12 months in stocks after the midterm elections since 1942. Unfortunately, the historical streak of no recessions is likely to end next year, with the Federal Reserve likely to smother growth in its fight against inflation.

On the brighter side, stocks are already more than 20% from their highs. While this is painful, stocks have historically produced better-than-average performance after exceeding 20% off the highs. Investors with a three-year time horizon have a desirable risk versus reward ratio for investing in stocks. The S&P 500 typically bottoms before the economy, so investors waiting for better economic data as a signal to get reinvested in stocks are likely to be disappointed. As an added complication to trying to time the bottom, the initial price rebound in stocks at the start of a new bull market is usually unexpected and explosive.

As to the probable results of the midterm election, the betting odds only place a 22% chance that the democratic party will retain unified control of the government.

Setting aside any political biases, this is probably good news, as stocks have historically performed best under the divided control of the U.S. government. Many argue that the market favors gridlock, but one could also note that having to reach a compromise to pass legislation probably helps curb the worst impulses of both parties. A myriad of factors impact stocks, and the most important long-term factor is earnings, so politics should fade into the background over a lifetime of investing.

Stocks have followed the downward path typical for a midterm election year since 1962, but the news improves if they stick to the script. Stocks have historically bottomed in October and been positive in the year after every midterm election since 1942. Aside from any political impacts on stocks, a more fundamental bullish case can be made with a better risk versus reward following this year’s selloff since the markets are well aware of the recession risk. Investors should have an appropriate asset allocation and focus on high-quality, attractively-valued companies to ride through any disruptions from the looming recession and benefit from the recovery after.