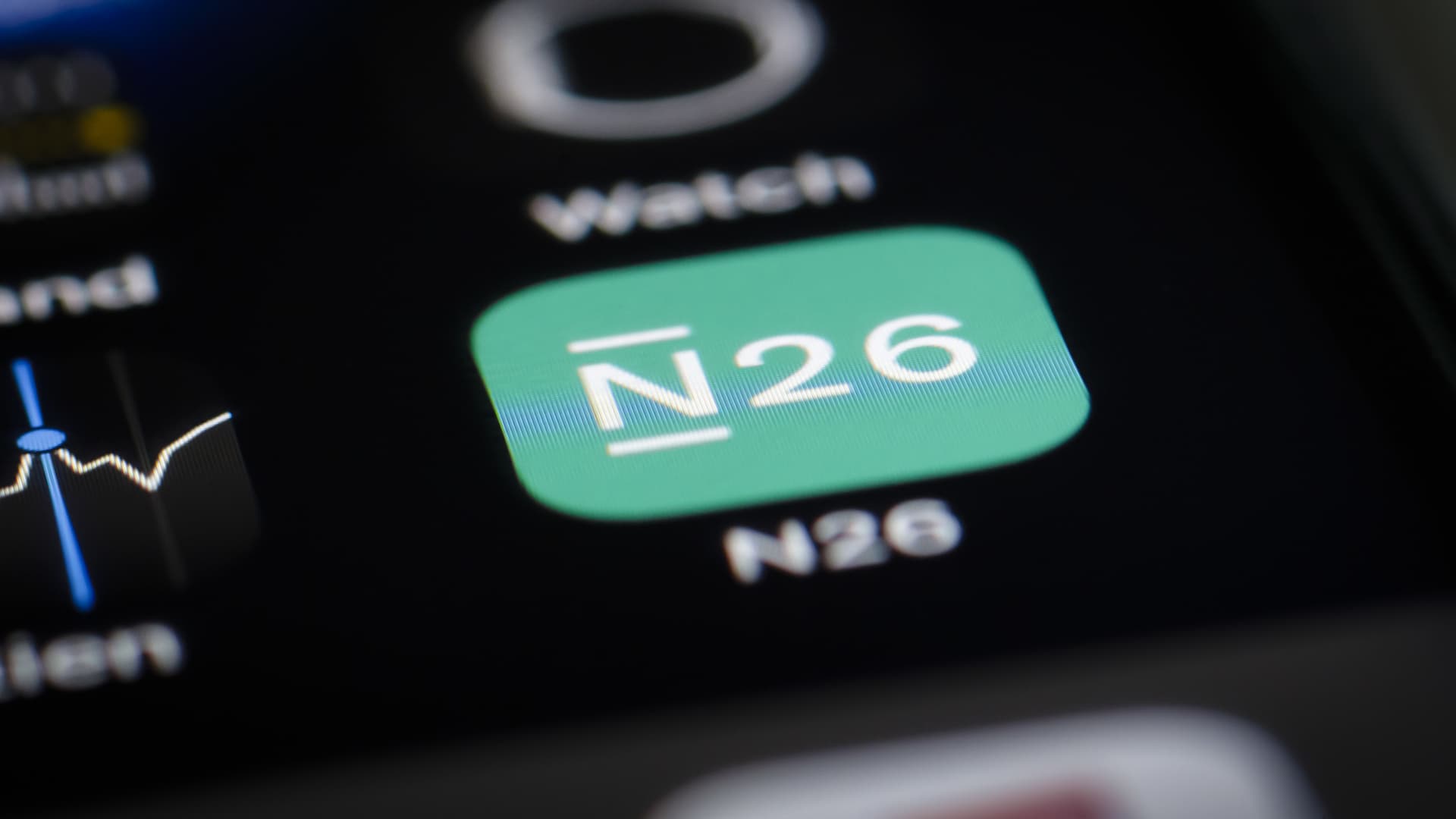 German mobile bank N26 reported Tuesday a sharp rise in annual revenues as usage of its platform grew, however losses also ticked higher after an increase in spending on regulatory compliance.

However, the $9 billion startup continued to lose money last year, with its net loss climbing 14% to 172.4 million euros. Of that sum, 28.2 million euros came from losses at N26’s non-European Union operations, according to financials released by the company on Tuesday.

N26 has been refocusing its resources on core European markets after high-profile exits from the U.S. and U.K. The firm closed down its U.S. operations in January but is still active in Brazil. The Berlin-based startup previously withdrew from the U.K. in 2020, citing Brexit.

Last year, German financial watchdog BaFin imposed restrictions on N26’s growth aimed at addressing “shortcomings in risk management with regard to IT and outsourcing management.”

The measures meant N26 could only onboard a maximum 50,000 new customers per month, far less than the 170,000 it was reported to have been signing up at the time. BaFin also appointed a special representative to oversee the implementation of the curbs.

N26 had trimmed its losses in 2020, to 150.7 million euros from 216.9 million euros. But after punitive action from regulators over alleged shortcomings in its prevention of money laundering, the startup ramped up spending on its internal compliance and fraud controls.

That contributed to a sizable increase in overall administrative costs, which grew 30% to 269.8 million euros. Personnel-related spending totaled 102.1 million euros, up 10.7% year-on-year, while general admin expenses shot up 47%, to 167.7 million euros.

Jan Kemper, N26’s chief financial officer, said BaFin’s restrictions remain in place but declined to comment on when he expects to see them lifted.

N26 had to invest a “significant amount” to “raise the bar on regulatory elements, with consultants, internal structures [and] new systems” being put in place, Kemper told CNBC in an interview.

So far, these steps don’t appear to be eating into N26’s margins, however, with Kemper noting “the net income margin is actually year-over-year moving in the right direction.”

Fintechs like N26 are under heightened pressure to address the abuse of their platforms by criminals. In the U.K., the Financial Conduct Authority warned some challenger banks are failing to adequately assess the risk of financial crime when onboarding customers.

Meanwhile, venture capitalists are pressuring their portfolio companies to push toward profitability as the economic outlook becomes more uncertain. In May, Klarna cut about 10% of its global workforce while several other tech firms have made similar cost-cutting measures.

Kemper said that, for now, N26 isn’t seeing a slowdown in consumer spending on its platform and the company doesn’t intend to make any layoffs. The company, which is backed by Coatue, Tencent and Peter Thiel’s Valar Ventures, raised $900 million last year in a fundraise valuing the firm at $9 billion.

As recently as September, “there was no slowdown in consumer usage,” according to Kemper. And after two years of lockdowns, customers have been increasing spending on summer vacations and dining out, he added.

However, he cautioned that “winter is coming,” adding: “If prices increase as we see at the moment, then yes, that will lead to a certain change in user behavior.” In any case, the N26 executive thinks the firm’s revenue mix is diverse enough to weather the storm of any potential recession.

Despite the widening of its losses, Kemper said N26’s margins were improving, thanks to a more sticky user base and higher interest rates across Europe.

“When you look at our most mature market, Germany, about 50% of our active customers are salaried accounts by now,” meaning users taking their monthly salary via N26, Kemper said. That helped drive “a massive shift to deposits and deposit volumes,” he added.

N26 had 8 million users by the end of 2021, 3.7 million of which were “revenue-relevant,” or contributing positive cash flow, according to the firm. Users are also increasingly paying for their N26 account, with the bank reporting a 60% climb in premium subscribers in 2021.

The company doubled its net interest income — the amount banks earn from lending activities after deducting the interest they owe depositors — to 29.7 million euros.

While N26 increased lending through buy now, pay later loans and overdrafts, its loan book was small compared to major banks like Deutsche Bank, Kemper said. The main boost to N26’s net interest income came from its 6.1 billion euro horde of deposits, which was up 52% year-on-year in 2021.

N26 has been putting excess cash to work by investing it in low-risk, interest-yielding debt like municipal government bonds.

Europe has gone from a lengthy period of flat — and even negative — interest rates to seeing rates brought into positive territory for the first time in 10 years as central bankers seek to contain soaring inflation.

“The interest curve is turning,” Kemper said. “You’ll see that even more massively in 2022.”

N26 previously said it would be “structurally ready” for an IPO by the end of 2022. But Kemper watered down expectations of any near-term float, saying it could take anywhere from six months to 18 months for the bank to have all the required ingredients in place for it to go public.

“It’s not the environment where you want to go out” and list on the stock market, he said, adding the $72 billion listing of German sports car maker Porsche last month was an outlier in an otherwise bleak year for European IPOs.