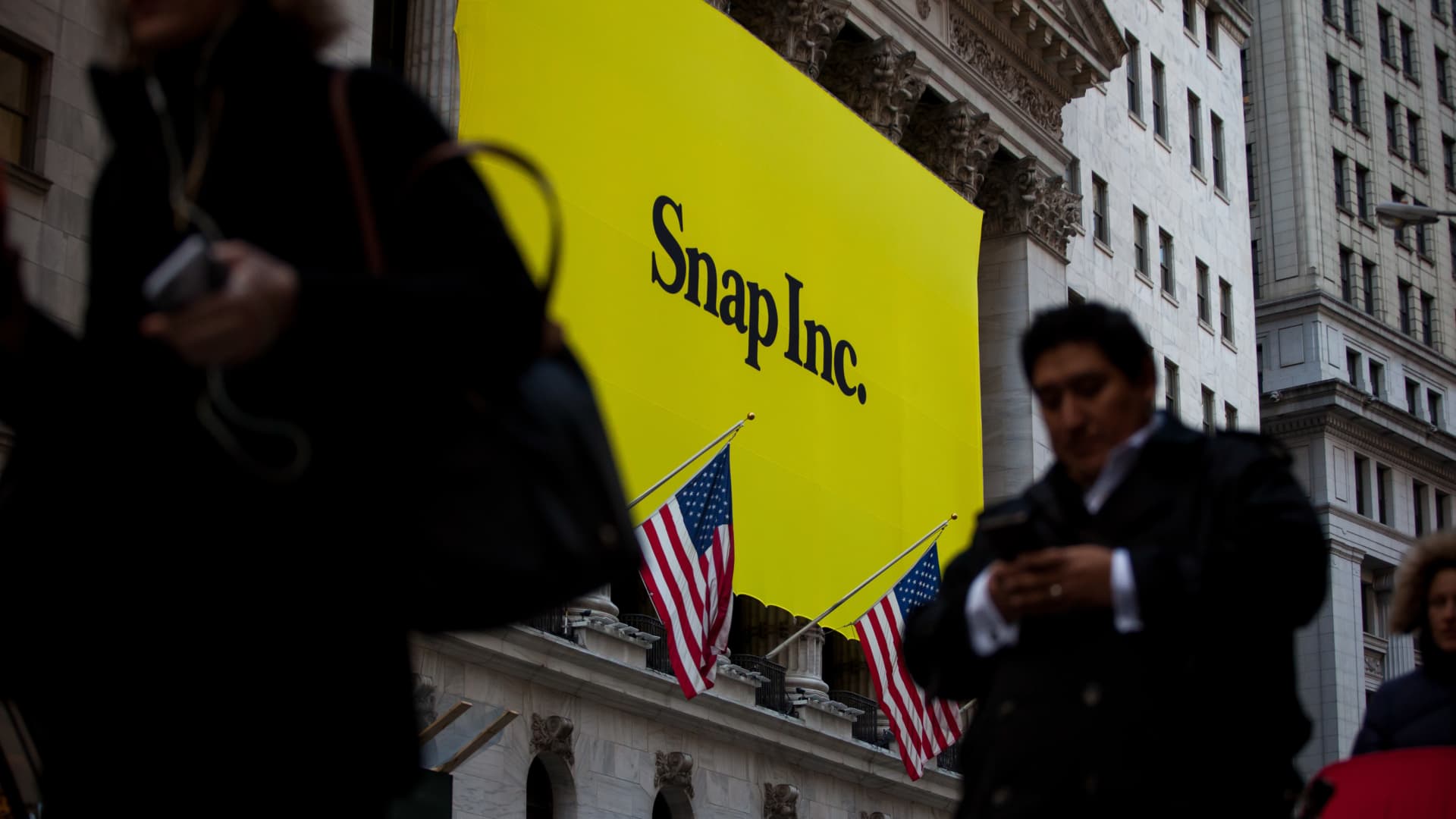 The Nasdaq Composite fell Friday as investors digested a fresh batch of corporate earnings that included disappointing results from Snap, which sent social media shares reeling. Still, all three major averages were on pace for a weekly gain.

An earnings miss from Snap, which sent shares tumbling 38%, halted this week’s Nasdaq rally. Traders, eyeing some better-than-expected results from tech companies, had deliberated whether markets had finally found a bottom.

“Snap has managed to snap the uptrend in the Nasdaq by reporting disappointing earnings, which has created a cascading effect on the S&P,” said Sam Stovall, chief investment strategist at CFRA Research.

“This is just an example of the volatility that investors should expect as earnings are reported, and, therefore, could cause fluctuations in prices in response to better than or worse than results,” Stovall added.

The results from the Snapchat parent, which was followed by a slew of analyst downgrades on the stock, also weighed on other social media and technology stocks investors feared could get impacted by slowing online advertising sales.

Shares of Meta Platforms and Pinterest fell 7% and 14%, respectively, while Alphabet lost more than 5%.

Twitter rose slightly despite reporting disappointing second-quarter results that missed on earnings, revenue and user growth. The social media company blamed challenges in the ad industry, as well as “uncertainty” around Elon Musk’s acquisition of the company, for the miss.

Meanwhile, Verizon was the worst-performing member of the Dow after reporting earnings. The wireless network operator dropped more than 7% after cutting its full-year forecast, as higher prices dented phone subscriber growth.

Nearly 21% of S&P 500 companies have reported earnings so far. Of those, 70% have beaten analyst expectations, according to FactSet.

Still, Wall Street has enjoyed a strong week for markets, as traders absorbed second-quarter results that have come in better than feared. On Friday, the S&P 500 touched the 4,000 level, which it hasn’t hit since June 9, before coming back down.

The Dow got a boost following a robust earnings report from American Express. The credit card company jumped 2% after beating analyst expectations, because of record consumer spending in areas such as travel and entertainment.

“This is showing you that market expectations are really low, that a little bit of good news can go a long way when you have low expectations,” said Truist’s Keith Lerner, noting that investors rotated back into growth stocks even amid weak economic data.

To be sure, some market participants do not believe the bear market is over despite this week’s gains. Since World War II, nearly two-thirds of one-day rallies of 2.76% or more in the S&P 500 occurred during bear markets, with 71% occurring before the bottom was in, according to a note this week from CFRA’s Stovall.

Stovall believes the broader market index could rally as high as the 4,200 level before coming back down to challenge June lows.