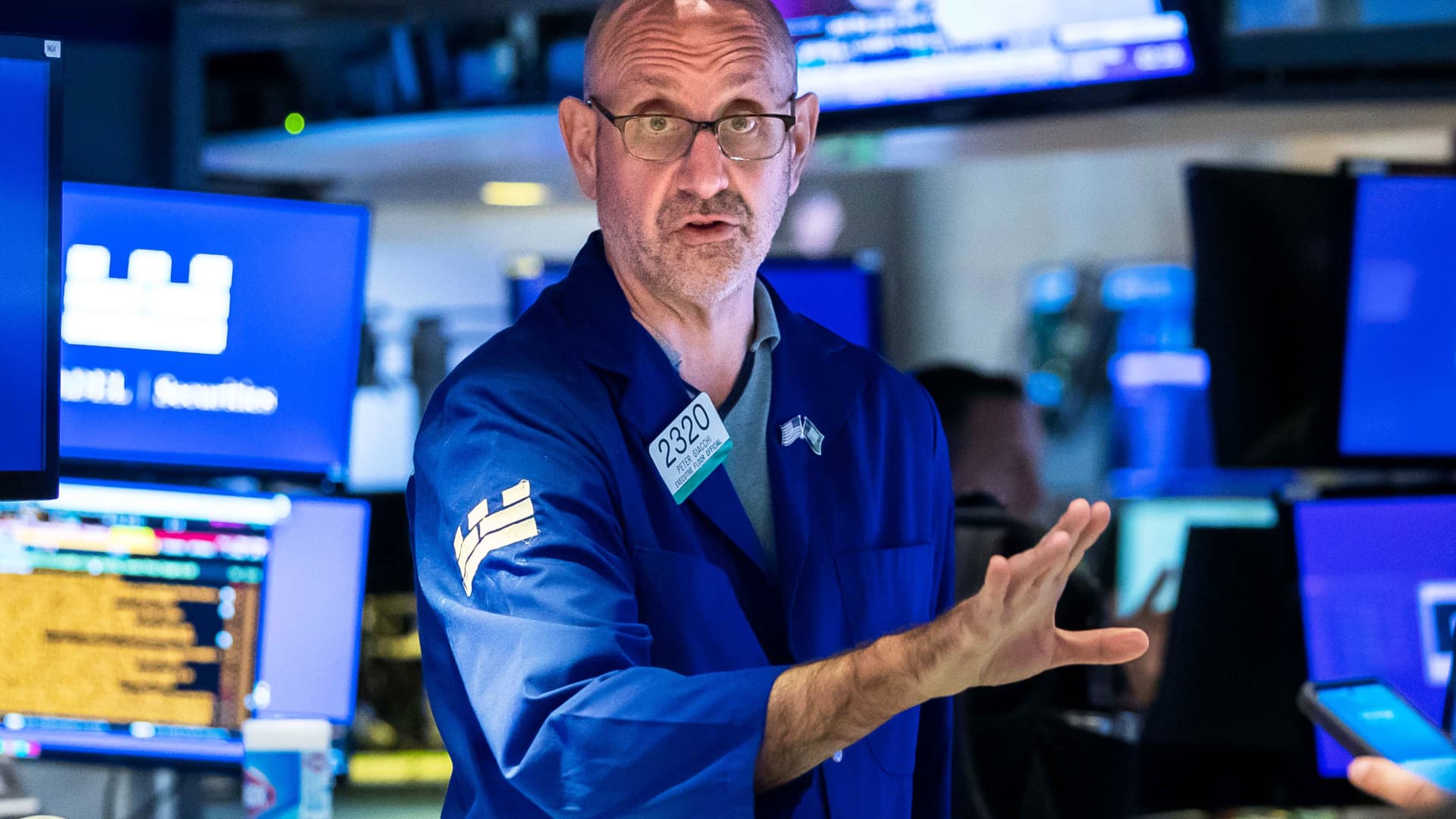 All three major averages hit their highest levels in more than a month during Wednesday’s session, with the S&P 500 reaching its best closing level since June 9.

Tesla shares were choppy after the automaker reported stronger-than-expected earnings but shrinking automotive gross margins. As of 7:54 a.m. ET, the stock was up 2.6%.

Shares of Alcoa and CSX jumped in the premarket after the companies beat expectations.

American Airlines beat revenue expectations in the second quarter, and forecasted a profit in the third quarter, as consumers continue to travel even with higher prices. Shares fell more than 2% in premarket trading.

United Airlines reported that it returned to profitability during the second quarter, but results came in below expectations. The stock fell more than 6% in premarket trading.

Roughly 13% of S&P 500 have reported earnings for the second quarter. Of those companies, about two-thirds have beaten expectations, according to FactSet.

On the economic front, initial jobless claims climbed to 251,000 for the week of July 16, up from an adjusted 244,000 claims from the prior week. It’s the third straight weekly gain, and the highest level since November 2021.

Elsewhere, the European Central Bank on Thursday raised interest rates for the first time in 11 years to combat inflation in the euro zone. The central bank raised benchmark rates up by 50 basis points.

The reports, and Thursday’s move in futures, come as Wall Street is enjoying a July rebound. The Nasdaq Composite jumped nearly 1.6% on Wednesday, its fourth positive session in five. The tech-heavy index is up about 3.9% for the week.

“The bulls seem to be coming back into the market now. We’ve seen pretty sharp rallies in tech, crypto and other risk assets over the past few days,” said Callie Cox, U.S. investment analyst at eToro. “Which is notable to us, because in an economy with some pretty notable weakness in it, you’d expect to be seeing other parts of the market performing well. But the animal spirits are back, at least for now.”

In other corporate news, shares of Carnival dropped more than 10% after the cruise company announced that it was selling an additional $1 billion of stock.

Aaron Judge Watch: Here’s the Rest of the Yankees Schedule