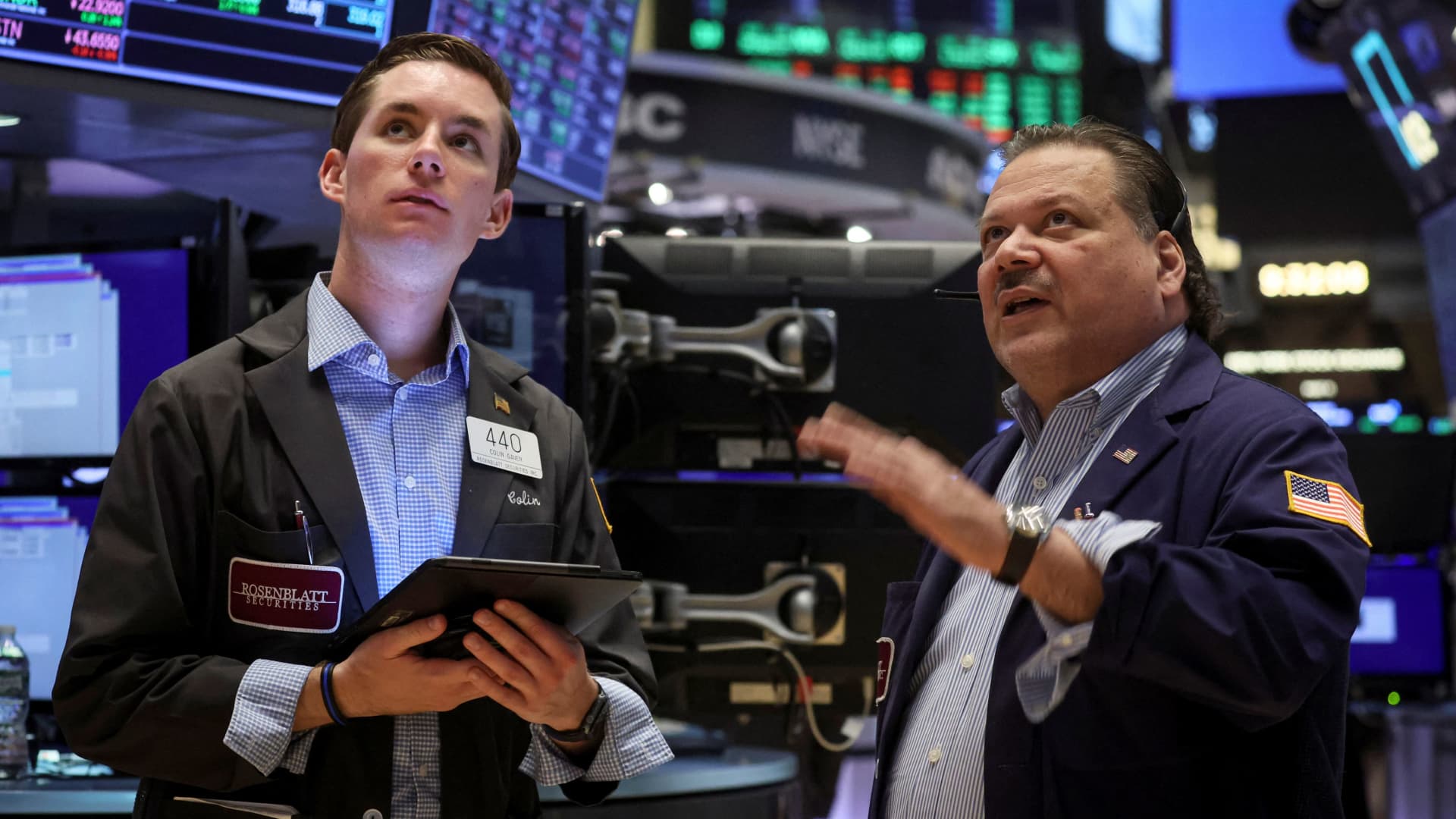 The S&P 500 advanced 0.39% and the Nasdaq Composite jumped 1.26%. Meanwhile, the Dow Jones Industrial Average declined 53 points, or 0.17%, alternating between gains and losses during the session.

Those moves follow Tuesday’s rally, when the Dow surged more than 700 points, as Wall Street bet that markets may have finally found a bottom after pricing in a dire economic outcome from the Fed’s campaign to raise interest rates and fight inflation.

“I think the evolution of this drawdown is playing out as you’d want it to be scripted,” said Art Hogan, chief market strategist at B. Riley Financial. “I think it’s likely that we’ve reached a point of capitulation that we can have a significant rally off of.”

Some investors have been encouraged by the recent trading action, believing it is signaling that the bear market has bottomed. NYSE stocks achieved a widely followed “90% up day” on Tuesday with more than 90% of stocks listed on the exchange advancing and accounting for more than 90% of the volume.

Investors pointed to a Bank of America survey that suggested deteriorating sentiment could potentially set up a buying opportunity in the market. Meanwhile, the U.S. dollar, which recently surged to a 20-year high against the euro, softened.

“We view this bullish breadth day as a sign that the summer rebound for U.S. equities can continue,” wrote Stephen Suttmeier, technical research strategist for Bank of America, in a note Wednesday.

Still, other market participants were skeptical of the bounce, as they await more earnings and search for more clues into the state of the U.S. economy.

“History says, but does not guarantee, that yesterday was more likely a bear market bounce than the start of a new bull market,” said Sam Stovall, chief investment strategist at CFRA Research.

Netflix jumped 3% after saying it lost 970,000 subscribers in the second quarter, less than the 2 million it had previously projected. The streaming giant’s earnings per share also came in above analyst expectations.

Baker Hughes plunged 10% after disappointing second quarter earnings. The oilfield services company reported earnings of 11 cents per share, which is half what analysts were expecting, according to Refinitiv.

Biogen declined more than 3% despite posting a beat in its latest quarterly report. The company warned that its revenue could take a hit from growing generic competition.

About 12% of S&P 500 companies have reported earnings so far this quarter. Of those companies, 68% have beaten analyst expectations, according to FactSet. Investors had been awaiting this earnings season for clues on how companies are coping with the worst in 40 years.

Tesla and United Airlines are slated to post their latest quarterly results after the close.

On the economic front, a report from the Mortgage Bankers Association pointed to more pain for U.S. consumers as they deal with higher prices and interest rates. Mortgage demand declined more than 6% last week compared with the prior week, dropping to its lowest level in 22 years.

The Dow rallied more than 700 points during Tuesday’s session, with the S&P 500 and Nasdaq soaring 2.8% and 3.1%, respectively. The three benchmarks also closed above their respective 50-day moving averages for the first time since April.

‘Blonde’ Is the Most Polarizing Film of the Year