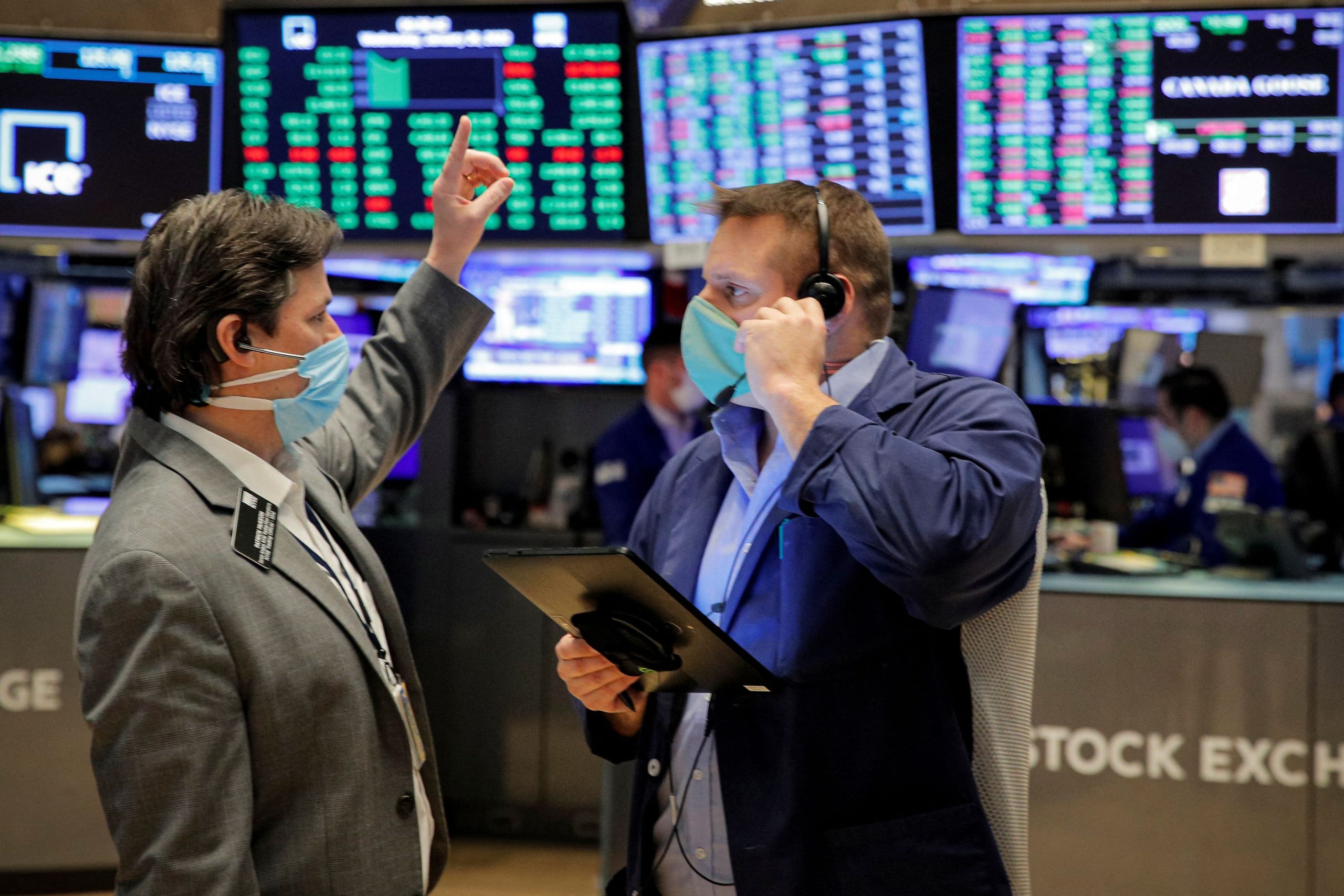 U.S. stock rose on Wednesday as investors digested another batch of corporate earnings, and tech shares looked to build on their rebound.

The Nasdaq Composite has gained roughly 8% from its recent low on Jan. 27 after falling into correction territory earlier this year. Still, many Wall Street pros are cautious about the near term outlook for tech stocks amid rising interest rates and elevated market volatility.

“While we are somewhat less cautious about expensive tech, we continue to encourage investors to be careful about unprofitable, expensive tech stocks with low quality scores,” Bernstein’s Toni Sacconaghi said in a note to clients.

On the earnings front, Chipotle rose more than 9% on the back of its strong quarterly numbers, while Lyft gained 3% despite announcing it had fewer active riders than in the prior quarter.

Solar stock Enphase Energy surged 16% after the company beat estimates on the top and bottom lines for the fourth quarter and delivered upbeat guidance. The result appeared to boost other stocks in the burgeoning industry as well, with SolarEdge Technologies jumping 8%.

As of the opening bell on Wednesday, roughly 60% of all S&P 500 companies have reported fourth-quarter earnings and about 77% have topped Wall Street’s earnings estimates, according to FactSet

Disney, Mattel, MGM Resorts and Uber Technologies will release results after the bell on Wednesday.

Investors are also preparing for Thursday’s Consumer Price Index report, which will give an update on the inflation picture. The Fed has already signaled a monetary policy pivot in order to address the historically high price increases.

The inflation data is estimated to show that prices rose 0.4% in January, for a 7.2% gain from one year ago, according to Dow Jones.

“If you had asked me last week, I would have said well, a lower number, the market’s going to really rock because the market is pretty oversold. Well now we’ve come back quite a bit, so I think that the risk-reward is even,” said Andrew Slimmon, managing director at Morgan Stanley Investment Management.

“What we’re counseling investors is hey, take advantage of the drawdowns. Don’t chase when the market comes roaring back. And I suppose now it has come back quite a bit,” Slimmon added.

Bond yields cooled off Wednesday amid a dramatic surge in 2022, possibly giving a boost to tech. The benchmark 10-year Treasury note most recently yielded 1.93% after touching 1.97% on Tuesday.

Mortgage applications dropped 10% week over week, however, as the rise in interest rates in recent months appears to have dampened demand among homebuyers.

Yields have risen this year in part because of a more aggressive stance from the Federal Reserve. Atlanta Fed President Raphael Bostic told CNBC on Wednesday that three rate hikes are possible this year but that the central bank is not locked in to any path and will watch how the economy responds. Cleveland Fed President Loretta Mester said the central bank would be prepared to hike rates at any meeting this year.

Wednesday marked the second-straight day of outperformance for the Nasdaq, which climbed 1.3% on Tuesday.