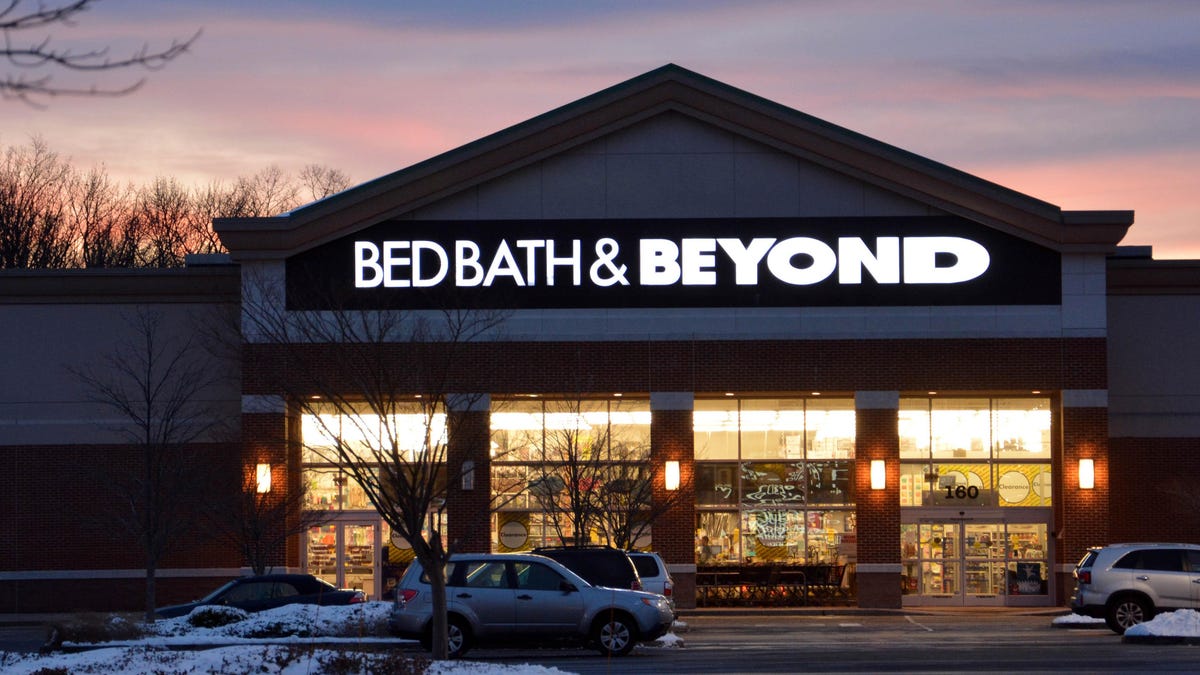 The volatility facing top meme stocks like Bed Bath & Beyond intensified on Tuesday—with shares skyrocketing and then collapsing before surging again—as analysts warn that institutions are doubling down on bearish bets against the stocks despite retail traders seemingly driving up interest, setting up what could be another ill-fated short squeeze.

Bed Bath & Beyond stock skyrocketed as much as 20% to a price of $3.70 on Monday even as analysts have become increasingly bearish on shares, with Wedbush, for example, cutting the stock’s price target to just $1 amid speculation swirling around the retailer’s potential bankruptcy.

Further complicating matters, Nasdaq on Thursday warned the firm has not complied with regulatory requirements as it has yet to file a quarterly report for the period ending November 26; if Bed Bath & Beyond, which says it’s “working diligently” on the report, doesn’t submit a plan to regain compliance before March 13, the stock could be delisted from the Nasdaq exchange.

Retail traders may be hoping for a repeat of what happened to Hertz in 2020, says analyst Justin McQueen of trading platform Capital.com, referring to the embattled car rental service whose shares skyrocketed more than 800% after it filed for bankruptcy.

As the firm struggles to survive, McQueen acknowledges Bed Bath & Beyond’s stock is a likely target for a short squeeze, in which highly shorted shares skyrocket as traders plow into a stock and drive up prices, but he warns the company’s rally is being “driven by hype” rather than financials, which poses a “significant risk to buyers,” especially if the retailer does file for bankruptcy.

Other analysts have been similarly cautious: Morgan Stanley investment chief Michael Wilson on Monday warned this year’s stock market rally looks particularly vulnerable because it’s been led by “low-quality, heavily shorted” stocks like Bed Bath & Beyond, AMC and GameStop, which are up 46%, 49% and 25% this year, respectively.

“Given the ongoing poor investor sentiment and the weakening macro backdrop, it is not uncommon to see sporadic short squeezes driven and then chased by retail investors,” analysts at Vanda Research wrote in a recent note to clients. “We still view any sustained meme rally as unlikely unless markets enter a more friendly [economic] regime,” the team adds, positing traders will likely “rush to lock in profits before it’s too late.”

Despite their recent gains, shares of Bed Bath & Beyond have collapsed 90% from a closing high of about $35 in January 2021, when retail traders flush with cash plowed into heavily shorted stocks and drove a massive rally. The renewed interest from retail traders this year follows reports the struggling retailer is preparing a Chapter 11 bankruptcy filing that could come within weeks. The firm has stated it is exploring actions including restructuring, debt refinancing, selling assets and filing for bankruptcy relief, and it’s even acknowledged the measures may not ultimately be successful. Meanwhile, fellow meme stock GameStop has collapsed about 80% since its peak two years ago.