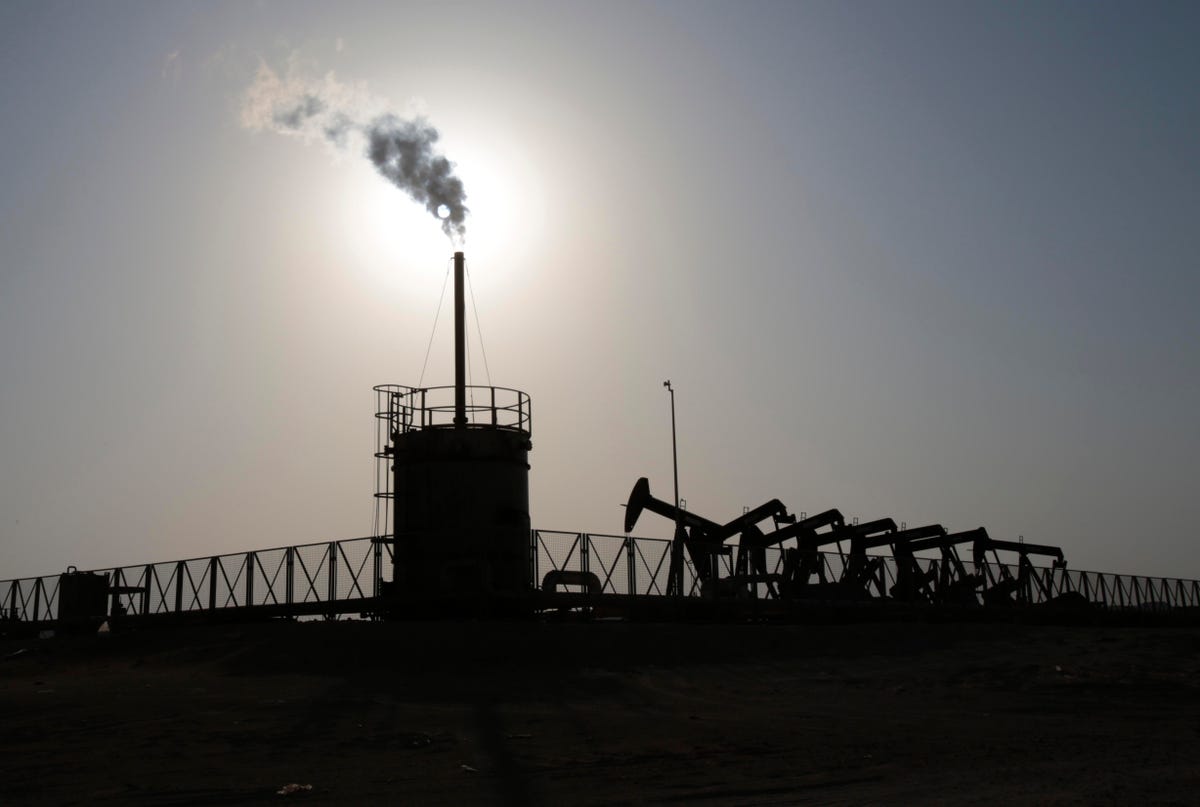 Oil prices continued to tank on Friday, posting a fourth straight week of declines and falling to their lowest level since January amid rising fears that a looming economic downturn will hurt global demand in energy markets.

Both WTI and Brent crude were in technically oversold territory, posting a fourth straight week of declines on Friday and marking the worst losing streak since last December.

Widespread recession fears have been weighing on energy prices but also slammed the stock market recently, with the S&P 500 and Dow Jones Industrial Average falling back into bear market territory on Friday. Both major indexes also set a new low point for the year amid the broad selloff.

Contributing to oil’s decline was also continued strength in the U.S. Dollar, which is considered a safe-haven asset. The ICE U.S. Dollar Index, which tracks the Dollar against a basket of other currencies, rose nearly 1% and reached its highest level since 2002.

With the Federal Reserve raising interest rates by 75 basis points for a third consecutive policy meeting in a row on Wednesday, central banks around the world have been doing the same by announcing rate hikes. Global economic growth concerns have “hit panic mode given a chorus of central bank commitments to fight inflation,” says Edward Moya, senior market analyst at Oanda.

“Central banks are poised to remain aggressive with rate hikes and that will weaken both economic activity and the short-term crude demand outlook,” he describes, adding, “the dollar rally is about to enter another level that could keep the pressure on commodities.”

The S&P 500 energy sector fell more than 6% on Friday for its worst day since May, adding to losses in recent weeks. Still, the sector has far outperformed the benchmark S&P 500 index this year (down 23%), rising over 20% thanks to a surge in oil prices earlier this year.

But some investors may now be looking to cash out as oil prices have fallen back down to earth. “Not only are there worries about consumption given rising recession risks, but this is a pretty crowded space with a lot of nervous longs sitting on healthy year-to-date gains that they’re eager to lock in,” says Vital Knowledge founder Adam Crisafulli.

Still, many experts remain cautiously optimistic about the price of oil rebounding in the long-term. As sanctions on Russian energy tighten amid the ongoing war in Ukraine, global supply could be further limited, they point out. As a result, many of Wall Street’s biggest banks are predicting a rebound in prices during the fourth quarter of this year, especially if steady demand and low inventories continue.

“Despite all the bearishness that is hitting oil prices, economic activity isn’t falling off a cliff,” argues Moya. He predicts that if persistent selling continues into next week, however, WTI crude could soon fall to $74 per barrel.

“Oil prices are sure to come under renewed upward pressure as the European Union prepares to implement its sanctions on Russian oil in the coming months,” says Mark Zandi, chief economist at Moody’s Analytics. While some of the EU’s Russian oil imports will be diverted to other countries, “filling the void in oil supply could prove difficult, at least soon enough to avoid a debilitating jump in prices,” he adds.