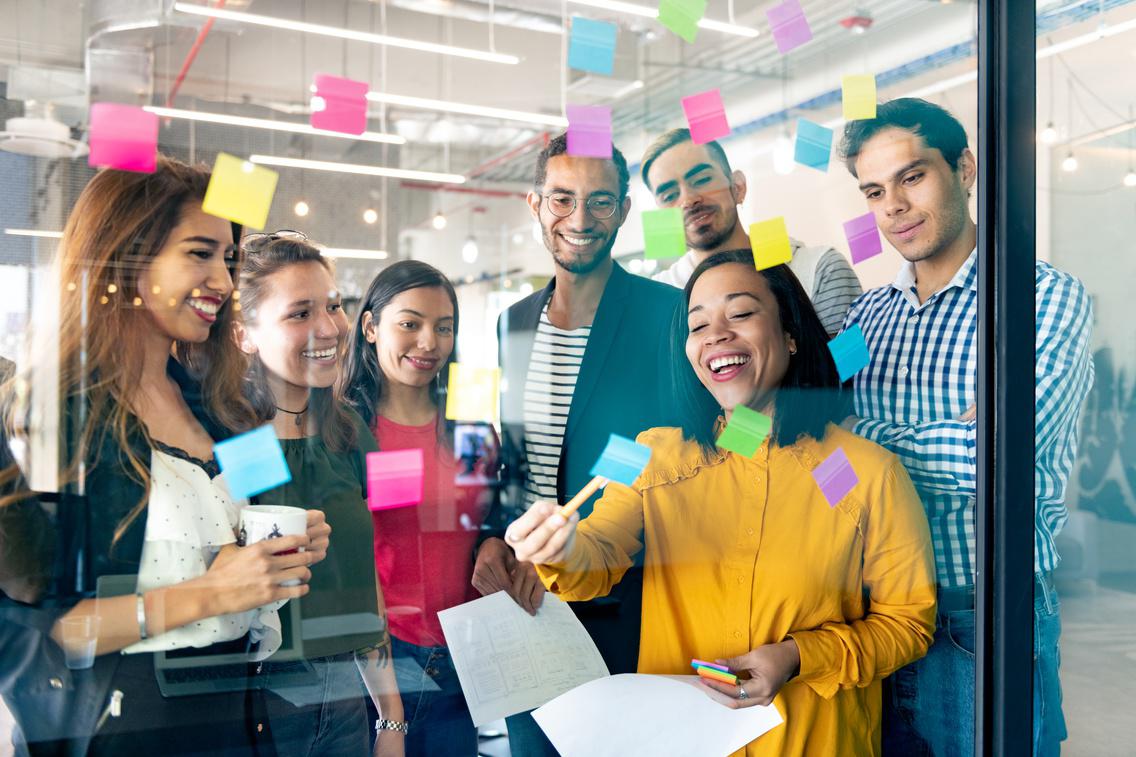 Serving on a company board is an enormous responsibility, particularly now as businesses face an uncertain economy while also meeting the needs of multiple stakeholders. To make certain board directors are up to the task, several director readiness programs have emerged. These groups recruit younger business executives and offer them instruction on understanding the critical issues and challenges confronting boards directors in the 21st century. It preps them for board seats the way an executive MBA grooms bright young execs for the C-suite.

I had an uplifting conversation about capitalism with a dozen of these board fellows recently—a class of ethnically diverse business executives with a common passion for capitalism and a hope that business can serve multiple stakeholders including workers, the company itself, and its shareholders.

They believed that capitalism in its prime, but it could use a bit of tweaking. The participants all understood and embraced stakeholder capitalism—the idea that the private sector needs to serve a variety of stakeholders, including but going beyond shareholders: customers, employees, communities, the nation, and the environment. Yet they worried about capitalist excess. During our conversation, the nature of all their concerns pointed toward the urgent need for the universal embrace of stakeholder capitalist principles.

Our dialogue reflected all of this. It was astute, full of critical thinking but also reflected a deep appreciation for the vitality of capitalist economies. These accomplished, mid-career professionals and business executives—from a variety of industries and fields—recognized three crucial truths. First, they know shareholder capitalism has pushed our economy in an unsustainable direction. Second, they understand how global competition is eroding America’s middle class. Third, they agree that we need the U.S. private sector to respond and push back against both of these developments by working toward long-term sustainability.

Eva Mann, the founder and owner of EM Designs, set the parameters early on. She agreed that capitalism, more effectively than any other system, creates new opportunities and a thriving middle class. But she also lamented how hard it can be now to give everyone a piece of the profit. She’s a manufacturer—yes, we still have them here in the U.S.—whose company makes uniforms. She nailed the central problem: lower labor costs in Asia have siphoned manufacturing jobs out of the U.S. It’s one of the key factors in the rise of income and wealth inequality in America. Manufacturing jobs used to be the spine of a widespread distribution of income half a century ago. Manufacturing offered plentiful and lucrative jobs for people who didn’t need an advanced education—especially in cities. But now, because of intense price competition, Mann operates within very narrow profit margins and knows that if she raises wages too high, she will cease to make money—and her business will fold.

She described her plight: “We employ hundreds of people in factories. Our minimum wage in California is going up. And that hurts our profitability, because competitive prices originate in overseas labor. We have some manufacturing overseas as well, otherwise we couldn’t compete. I could do everything in China . . . but I’m an advocate for keeping factories open, and I fight for it every single day. If I close those factories, I just lose hundreds of jobs for Americans. I have a lot of people who are Mexican and of different nationalities that work for me in these factories. They need these jobs. So as an employer, what do you do?”

The pandemic has made it worse; the economic pause allowed people a detour—in many cases a permanent one—from their jobs. This shortage of workers makes scaling up to full capacity nearly impossible across the economy. “We can hardly find people to sew,” she told us. “What happens to our country if there are no mills left in America, all these products have gone overseas. But the bottom line is, I must make a profit to stay in business.”

Many businesses don’t have high-profit margins. Profit, per se, isn’t the problem. In the end, it’s a big part of the solution. Today, too often, manufacturing businesses close, leaving their people out of work. We use tax dollars from companies (which most often don’t pay their fair share of taxes to create programs such as food stamps, tax credits, Head Start, etc.) to help those who lost jobs. We refer to that large group (some 20 percent of working-age Americans) in numbers that describe “labor participation.” As if the jobless have simply decided not to participate in work. Bottom line, it’s a roundabout and inefficient system. Higher profitability in the original business that closed would have eliminated all of this.

Anton Gunn, currently a healthcare executive: “I agree that the downside of capitalism now is the disparity in labor costs here and elsewhere in the world; it’s easier to move jobs overseas and leave communities without the lifeblood they once had. Or you can exploit workers; I saw mill workers who labored all their lives for cash under the table and had nothing to support themselves after they retired, because at that point Social Security didn’t know they were alive. They had paid no taxes.”

These are the people shareholder primacy has left behind. Those who need to pay little or no taxes to pay bills eventually will lack a safety net. They also live in inferior educational zip codes because schools are funded from local property tax revenue. Lower wages mean poor education and more hurdles for success in the future. As Wyndolyn Bell put it: “There is a difference in terms of whether you can go to school, where you can go to school and what kind of educational and employment opportunities you’ll end up with, because you didn’t get, for example, calculus in high school.”

“Yes, we need to care more not just about the bottom line, but about people as a whole,” Debra Smith added.

This brought up a third point: it isn’t just about wages but about total compensation and benefits. There are ways to be fair with workers beyond the wage scale. Gunn suggested:

“Instead of raising wages you can help subsidize housing for workers or make transportation free or give people $200 worth of groceries every month—whatever it is that allows you to be able to turn a profit and continue to grow a business without exploiting the people.”

And so, we came to the heart of the issue: to make “human capital” the heart of capitalism. To recognize employees—and their devotion to customers and communities—as the source of success. Otherwise, Gunn said, “You’ll get employees who are not incentivized to grow and develop and create.”

This is the solution; it is the answer to how we compete against companies that rely on more affordable foreign labor. You have to operate in such a way that employees become the creative engine that forges creative bonds with customers to put you above the endless commoditization that follows technological progress and global arbitrage of labor costs.

There are only two ways to address Eva’s dilemma. You can close your operation and start over doing something else that hasn’t yet been commoditized. But that puts people out of work and kicks the can down the road—your new field will itself be commoditized eventually. Or you can operate continuously in a way where your workforce thinks so creatively it keeps lifting what you produce into its own category—a category that customers will pay a premium for.

If Eva competes on price, even if she succeeds for a while, she will lose in the end because there will be even cheaper labor in places that aren’t being exploited for it yet: after China, there’s Indonesia now and Africa tomorrow. America can’t win on price, so the only real solution is to improve quality or features or customer relationships in such a way that products are differentiated, and your brand becomes indispensable to the customer. To get there, you need a labor force wrestling with ideas in the middle of the night, trying to make products or services more desirable, or building personalized relationships with customers that are “stickier” and worth the higher price.

To get that kind of creative, motivated workforce, you first make them financially secure, so their bill-paying anxieties don’t smother their creative imaginations. You want them to channel their energy into creating your future. Finding that balance between compensation and rewards for creative solutions is the key. Find it and you’ll begin to make higher and higher profits. Make more money and you can invest it in the future, not hoard all of it for shareholders: put it into R&D, higher wages, better relationships with suppliers and communities, or retrofitting to be more environmentally friendly and win customers through your values.

There’s a new philosophical way to approach your business. Any business in any field. In this increasingly competitive world, reframe an old adage. It’s now: “If it ain’t broke, keep fixing it!” If you aren’t innovating all the time, if you accept the status quo, eventually, your business will falter.

Joy Middleton-Saulny, a data management executive, came up with the perfect anecdote: “I worked for a period of time at the Gillette company in Boston where we were constantly tweaking razor design: the way the product worked and the way it was made. The folks who were involved in generating a fantastic idea participated in the profitability generated by the idea. I remember this one particular gentleman who was able to develop a process for recycling the runners in an injection molding facility, and he was given a check for half the profit they made off that innovation.”

That’s a home run. That’s stakeholder capitalism. Gillette wins. Its employees win. And eventually so do its shareholders. They don’t suffer from that kind of investment: it’s an investment in the source of their success that will keep on giving them more success in the future, and higher dividends.

Let’s hear it for capitalism. There is no such thing as too much profit, as long as the company creating it invests it as wisely as Gillette did. Letting workers share in the incremental value of the creative ideas they generate is the surest way to de-commoditize your product or service, differentiate yourself and create a category all to yourself.

Bradford Giles, owner of a healthcare company, states that boards of directors are shifting from just compliance to incorporate stakeholder governance. Therefore, boards of directors in the future must grapple with both business and societal issues. Stakeholder capitalism provides the framework for sustainable business and a fairer—and thus more productive—way of life for all. It’s called democracy, but it’s also capitalism at its highest pitch of sustainable profitability. And these future board members are grappling with this tough transformation at the heart of capitalism. They are becoming tomorrow’s enlightened board directors.

I loved this conversation with this remarkable future generation of corporate directors. CEOs and managements are the key leaders of our private sector. But boards of directors must understand and support the kind of capitalism which is sustainable, and which makes business a winning proposition for all stakeholders. This new group of emerging directors are ready to do just that.