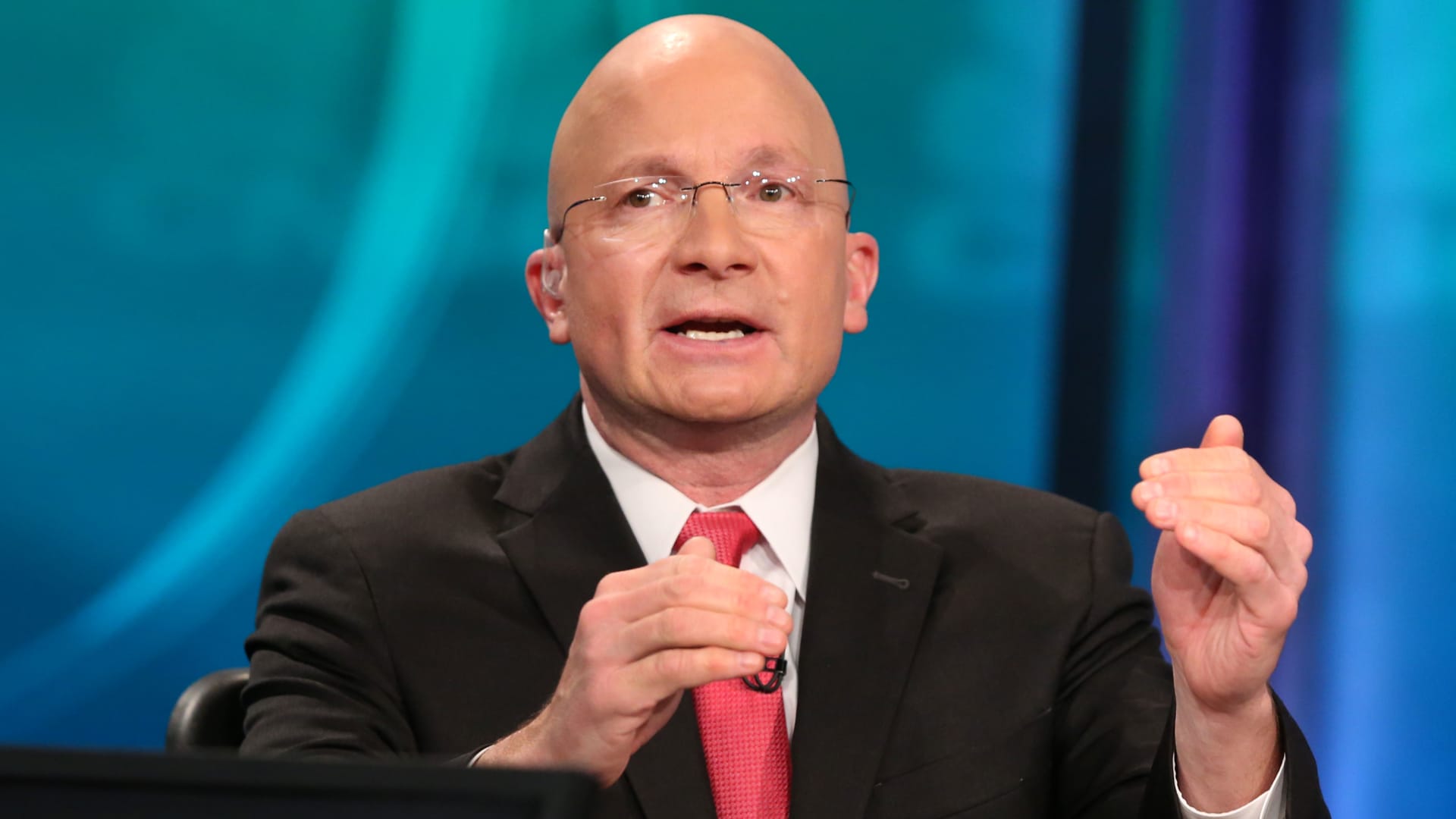 While investors focus on an unnerving inversion between the five-year and 30-year Treasury Note yields, Canaccord Genuity’s Tony Dwyer is concentrating on optimistic activity in another part of the bond market.

According to Dwyer, the three-month versus five-year yield shows a healthier picture of the U.S. economy because it steepened.

“It measures the difference between what a banker lending institution gets its money at, what they have to pay, versus what they charge or invested at,” the firm’s chief market strategist told CNBC’s “Fast Money” on Monday. “We don’t look for a recession because of that yield curve that’s driving the lending is still very positive.”

Dwyer acknowledges the overall bond market is reflecting economic challenges — but not enough to spark a recession.

“The fear is definitely there. Asia seems to be a mess with more lockdowns. Europe is heading toward a recession, if not in one because of the once in a generation ground war there,” he said. “The U.S. is being affected by higher rates. So, it certainly is slowing down.”

Dwyer expects the Federal Reserve to continue raising rates over the next few months.

“There’s no question inflation is high. Rates are going higher,” Dwyer said. “The Fed is in a box. No matter the slowdown, they’ve got to raise rates.”

He sees stocks as a hedge against inflation and plans to buy around weakness. Based on historical trends during similar backdrops, Dwyer believes the S&P 500 will be significantly higher this time next year.

But for now investors may want to brace themselves for wild market swings.

“We call it tumultuous”

“We call it tumultuous,” said Dwyer, who believes volatility is an opportunity.

He lists interest rate sensitive plays Big Tech and utilities as his best contrarian ideas. Dwyer predicts the slowing economy will provide some inflation relief in the year’s second half and put Fed rate hikes on pause.

“The market seems to be almost pricing in a recession trade because the areas that should do the best with higher rates have been lagging,” Dwyer said.