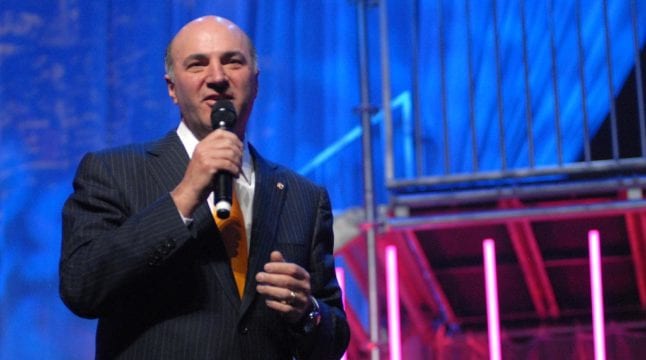 Investor and Shark Tank Judge Kevin O’Leary has revealed that he has lost almost all the $15 million the now-bankrupt cryptocurrency exchange FTX paid him to be its official spokesperson.

O’Leary appeared in a recent episode of CNBC’s “Squawk Box″ where he was questioned about FTX and how he failed to properly assess the risks associated with investing and promoting the platform. He said that he fell prey to “groupthink,” and that none of his investment partners had lost money.

The famed investor also disclosed that he was paid around $15 million to promote FTX. However, after taxes, agents fees, a $1 equity investment into FTX, and using $10 million to buy crypto that’s now stuck on the FTX exchange, he’s got nothing left from the deal.

“Total deal was just under $15 million, all in,” O’Leary said. “I put about $9.7 million into crypto. I think that’s what I lost. I don’t know. It’s all at zero. I don’t know cos my account got scraped a couple of weeks ago. All the data, all the coins, everything.”

“It was not a good investment […] I don’t make good investments all the time, luckily I make more good ones than bad ones, but that was a bad one,” he added.

In early November, FTX announced that it had filed for Chapter 11 bankruptcy in Delaware after a week of speculations around the health of the company. Notably, FTX US was also included in the proceedings, despite claims by the former CEO that their US exchange was fine.

Subsequently, it was revealed that the exchange lent as much as $10 billion worth of customer assets to fund risky bets by its affiliated trading firm, Alameda Research. With a $10 billion hole in its balance sheet, the guide price is between 8 to 12 cents on every dollar of the deposit claims.

O’Leary was among a large list of celebrities who promoted FTX aggressively online. When O’Leary first began to promote FTX, he said it was FTX’s compliance systems that drew him to invest in the crypto exchange. “Finally solved my compliance problems with #cryptocurrencies,” O’Leary wrote on LinkedIn and in a since-deleted August 2021 tweet.

As reported, FTX investors have filed a class action lawsuit against SBF, the founder and former CEO of the collapsed cryptocurrency exchange, as well as several celebrities who promoted the platform. The celebrities listed include Kevin O’Leary, Golden State Warriors, Shaquille O’Neal, Udonis Haslem, David Ortiz, Naomi Osaka, and more.