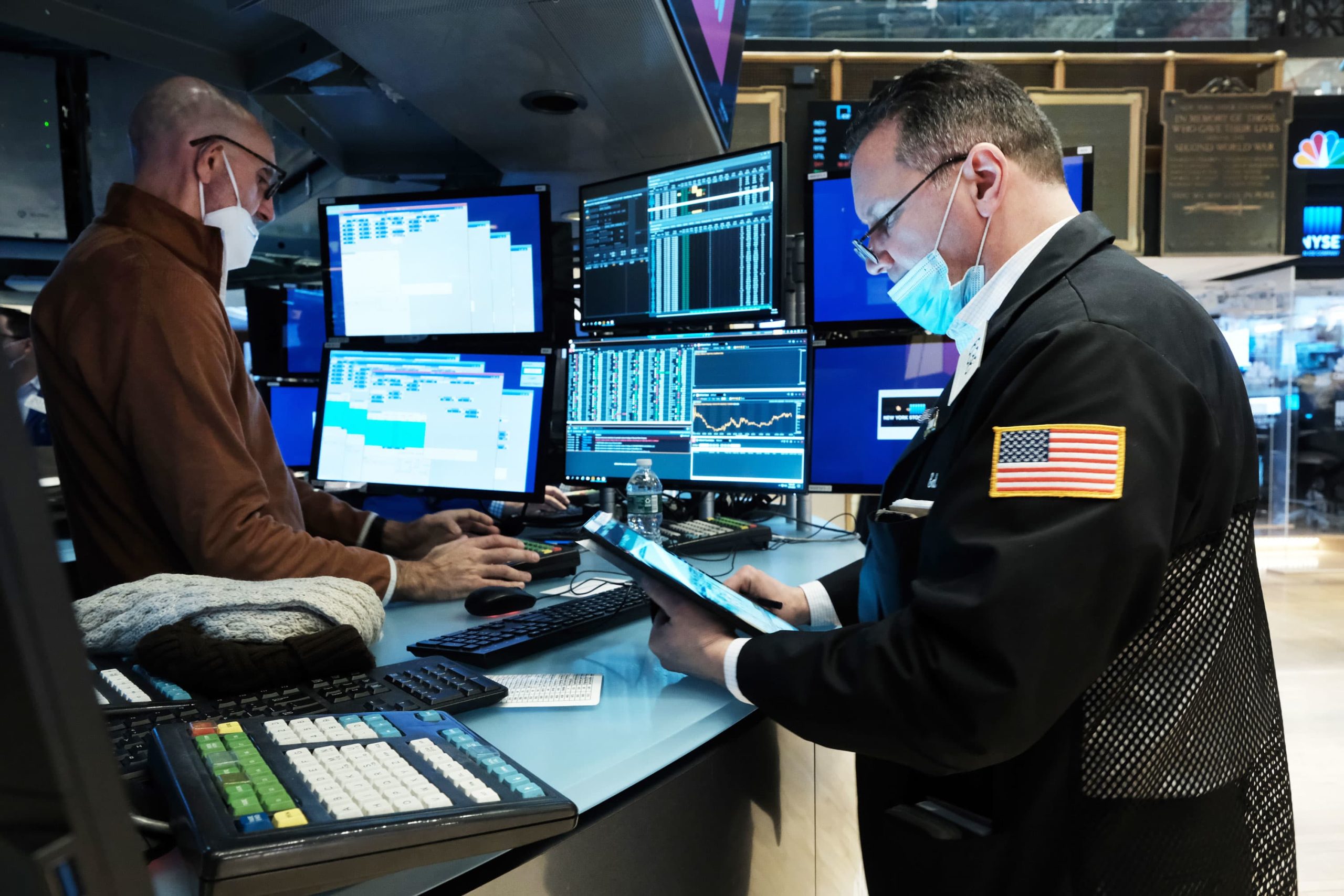 Stocks bounced for a second day as investors wrapped up a rough January by snapping up some of the tech stocks that have been battered all month.

Despite the 2-day relief rally, the S&P 500 was still headed for its worst month since the onset of the pandemic in March 2020 as investors brace for the Federal Reserve to raise interest rates multiple times this year starting soon.

Meanwhile, the tech-heavy Nasdaq Composite rose another 2.4% Monday to add to its 3% comeback on Friday. The index is still down 9.8% for January, also its worst month since March 2020.

Last week, the Fed indicated that it is likely to raise interest rates for the first time in more than three years next month in order to combat historically high inflation. Markets are now pricing in at least five quarter-percentage-point interest rate hikes in 2022.

Tech shares have been the hardest hit stocks in January as investors fear higher rates will expose their lofty valuations and raise their operating costs. Investors were rethinking that notion a bit as the month ends, especially after a dramatic pullback in the stocks.

Netflix and Spotify surged more than 10% each on Monday following an upgrade from Citi on both to buy with the firm citing the pullback as an attractive time to buy. Netflix is still down nearly 30% this month and Spotify is off by 17%.

Tesla, which is down 12% in January, gained more than 8% Monday following an upgrade of the stock to outperform by Credit Suisse with the firm saying it had been unfairly caught up in the market decline. Other EV makers rose too, with Rivian and Lucid adding about 11% and 6%, respectively.

Nvidia shares climbed about 4.5% after being hit hard in January. The chip stock is still set to finish the month down 18%.

“We continue to believe the economic conditions are favorable and the recent weakness is not a systematic problem, but rather a valuation reset due to the swift change with investors’ expectations for the future path of rates,” O’Hara said. “A shock, not a top.”

Jim Paulsen, Leuthold Group chief investment strategist noted that “forcing some panic-selling and exhausting the most emotional investors” is the first step in ending a correction and stabilizing the market.

“It would not be shocking if there is a test of last Monday’s intra-day low, and if it fails, the market will probably head lower,” Paulsen added.

It hasn’t be a straight trip downward. The major averages experienced violent swings last week, with the Dow moving a gut-wrenching 1,000 points in both directions. The Dow ended the week 1.3% higher. The S&P 500 gained 0.8% last week and the Nasdaq was about flat for the week.

“This all kind of results in additional market volatility until investors digest this transition period,” said Michael Arone, chief investment strategist at State Street Global Advisors. “On the other side of this, the economy should continue to expand, earnings are pretty good. That’s enough to sustain markets, but I think they’re adjusting to the shift in monetary policy, fiscal policy and earnings.”

Investors have a big week ahead for economic data and some important earnings reports from some of the market’s biggest tech names, including Alphabet, Meta Platforms, Amazon and more. About one-third of S&P 500 companies have reported fourth-quarter earnings and 77% have beaten Wall Street’s earnings expectations, according to FactSet.

Friday will see the December nonfarm payrolls report, which the White House warned Friday could be hit by the omicron surge at the end of 2021. Economists surveyed by Dow Jones expect the report to show a gain of just 178,000 with the unemployment rate holding steady at 3.9%.

Know a Coffee Aficionado? Gift Them a Coffee Subscription for the Holidays